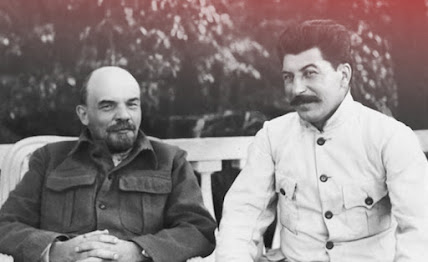 we Communists are people of a special mould. We are made of a special stuff. We are those who form the army of the great proletarian strategist, the army of Comrade Lenin. There is nothing higher than the honour of belonging to this army. There is nothing higher than the title of member of the Party whose founder and leader was Comrade Lenin. It is not given to everyone to be a member of such a party. It is the sons of the working class, the sons of want and struggle, the sons of incredible privation and heroic effort who before all should be members of such a party. That is why the Party of the Leninists, the Party of the Communists, is also called the Party of the working class.

DEPARTING FROM US, COMRADE LENIN ENJOINED US TO HOLD HIGH AND GUARD THE PURITY OF THE GREAT TITLE OF MEMBER OF THE PARTY, WE VOW TO YOU, COMRADE LENIN, WE SHALL FULFILL YOUR BEHEST WITH HONOUR!

For twenty-five years Comrade Lenin tended our Party and made it into the strongest and most highly steeled worker’ party in the world. The blows of tsarism and its henchmen, the fury of the bourgeoisie and the landlords, the armed attacks of Kolchak and Denikin, the armed intervention of Britain and France, the lies and slanders of the hundred-mouthed bourgeois press — all these scorpions constantly chastised our Party for a quarter of a century. But our Party stood firm as a rock, repelling the countless blows of its enemies and leading the working class forward, to victory. In fierce battles our Party forged the unity and solidarity of its ranks. And by unity and solidarity it achieved victory over the enemies of the working class.

DEPARTING FROM US, COMRADE LENIN ENJOINED US TO GUARD THE UNITY OF OUR PARTY AS THE APPLE OF OUR EYE, WE VOW TO YOU, COMRADE LENIN, THAT THIS BEHEST, TOO, WE SHALL FULFIL WITH HONOUR!

Burdensome and intolerable has been the lot of the working class. Painful and grievous have been the sufferings of the labouring people. Slaves and slaveholders, serfs and serf-owners, peasants and landlords, workers and capitalists, oppressed and oppressors — so the world has been built from time immemorial, and so it remains to this day in the vast majority of countries. Scores and indeed hundreds of times in the course of the centuries the labouring people have striven to throw off the oppressors from their backs and to become the masters of their own destiny. But each time, defeated and disgraced, they have been forced to retreat, harbouring in their breasts resentment and humiliation, anger and despair, and lifting up their eyes to an inscrutable heaven where they hoped to find deliverance. The chains of slavery remained intact, or the old chains were replaced by new ones, equally burdensome and degrading. Ours is the only country where the oppressed and downtrodden labouring masses have succeeded in throwing off the rule of the landlords and capitalists and replacing it by the rule of the workers and peasants. You know, comrades, and the whole world now admits it, that this gigantic struggle was led by Comrade Lenin and his Party. The greatness of Lenin lies above all in this, that by creating the Republic of Soviets he gave a practical demonstration to the oppressed masses of the whole world that hope of deliverance is not lost, that the rule of the landlords and capitalists is short-lived, that the kingdom of labour can be created by the efforts of the labouring people themselves, and that the kingdom of labour must be created not in heaven, but on earth. He thus fired the hearts of the workers and peasants of the whole world with the hope of liberation. That explains why Lenin’s name has become the name most beloved of the labouring and exploited masses.

DEPARTING FROM US, COMRADE LENIN ENJOINED US TO GUARD AND STRENGTHEN THE DICTATORSHIP OF THE PROLETARIAT. WE VOW TO YOU, COMRADE LENIN, THAT WE SHALL SPARE NO EFFORT TO FULFIL THIS BEHEST, TOO, WITH HONOUR!

DEPARTING FROM US, COMRADE LENIN ENJOINED US TO STRENGTHEN WITH ALL OUR MIGHT THE ALLIANCE OF THE WORKERS AND PEASANTS. WE VOW TO YOU, COMRADE LENIN, THAT THIS BEHEST, TOO, WE SHALL FULFIL WITH HONOUR!

The second basis of the Republic of Soviets is the union the working people of the different nationalities of our country. Russians and Ukrainians, Bashkirs and Byelorussians Georgians and Azerbaijanians, Armenians and Daghestanians, Tatars and Kirghiz, Uzbeks and Turkmenians are all equally. interested in strengthening the dictatorship of the proletariat. Not only does the dictatorship of the proletariat deliver these peoples from fetters and oppression, but these peoples on their part deliver our Republic of Soviets from the intrigues and assaults of the enemies of the working class by their supreme devotion to the Republic of Soviets and their readiness to make sacrifices for it. That is why Comrade Lenin untiringly urged upon us the necessity of the voluntary union of the peoples of our country, the necessity of their fraternal co-operation within the framework of the Union of Republics.

DEPARTING FROM US, COMRADE LENIN ENJOINED US TO STRENGTHEN AND EXTEND THE UNION OF REPUBLICS. WE VOW TO YOU, COMRADE LENIN, THAT THIS BEHEST, TOO, WE SHALL FULFIL WITH HONOUR!

The third basis of the dictatorship of the proletariat is our Red Army and our Red Navy. More than once did Lenin impress upon us that the respite we had won from the capitalist states might prove a short one. More than once did Lenin point out to us that the strengthening of the Red Army and the improvement of its condition is one of the most important tasks of our Party. The events connected with Curzon’s ultimatum and the crisis in Germany[2] once more confirmed that, as always, Lenin was right. Let us vow then, comrades, that we shall spare no effort to strengthen our Red Army and our Red Navy.

Like a huge rock, our country stands out amid an ocean of bourgeois states. Wave after wave dashes against it, threatening to submerge it and wash it away. But the rock stands unshakable. Wherein lies its strength? Not only in the fact that our country rests on an alliance of the workers and peasants, that it embodies a union of free nationalities, that it is protected by the mighty arm of the Red Army and the Red Navy. The strength, the firmness, the solidity of our country is due to the profound sympathy and unfailing support it finds in the hearts of the workers and peasants of the whole world. The workers and peasants of the whole world want to preserve the Republic of Soviets as an arrow shot by the sure hand of Comrade Lenin into the camp of the enemy, as the pillar of their hopes of deliverance from oppression and exploitation, as a reliable beacon pointing the path to their emancipation. They want to preserve it, and they will not allow the landlords and capitalists to destroy it. Therein lies our strength. Therein lies the strength of the working people of all countries. And therein lies the weakness of the bourgeoisie all over the world. 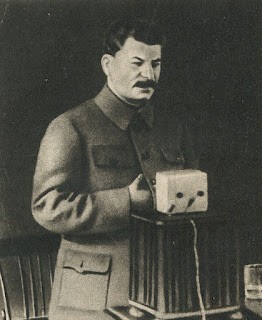 Lenin never regarded the Republic of Soviets as an end in itself. He always looked on it as an essential link for strengthening the revolutionary movement in the countries of the West and the East, an essential link for facilitating the victory of the working people of the whole world over capitalism. Lenin knew that this was the only right conception, both from the international standpoint and from the standpoint of preserving the Republic of Soviets itself. Lenin knew that this alone could fire the hearts of the working people of the whole world with determination to fight the decisive battles for their emancipation. That is why, on the very morrow of the establishment of the dictatorship of the proletariat, he, the greatest of the geniuses who have led the proletariat, laid the foundation of the workers’ International. That is why he never tired of extending and strengthening the union of: the working people of the whole world — the Communist International.

[1] The Second All-Union Congress of Soviets was held in Moscow from January 26 to February 2, 1924. At the first sitting, which was devoted to the memory of V. I. Lenin, J. V. Stalin delivered a speech in which, in the name of the Bolshevik Party, he took a solemn vow to hold sacred and fulfil the behests of Lenin. In connection with the death of Lenin, the congress adopted an appeal «To Toiling Mankind». To perpetuate the memory of Lenin, the congress adopted a decision to publish Lenin’s Works, to change the name of Petrograd to Leningrad, to establish a Day of Mourning, and to erect a mausoleum for Lenin in the Red Square in Moscow, and monuments to him in the capitals of the Union Republics and also in the cities of Leningrad and Tashkent.

[2] This refers to the economic and political crisis in Germany in 1923. A mass revolutionary movement spread over the country, as a result of which workers’ governments were set up in Saxony and Thuringia, and an armed uprising broke out in Hamburg. After the suppression of the revolutionary movement in Germany bourgeois reaction was intensified all over Europe, as well as the danger of a new intervention against the Soviet Republic.”