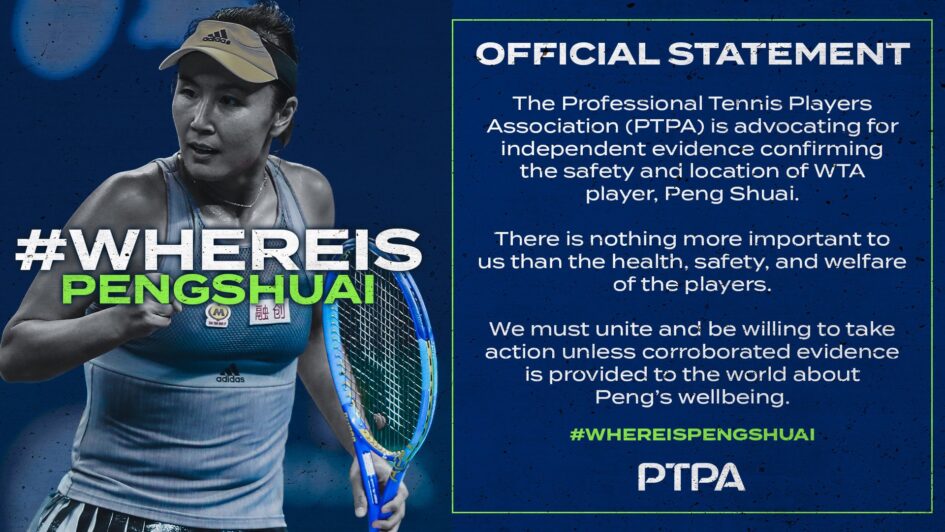 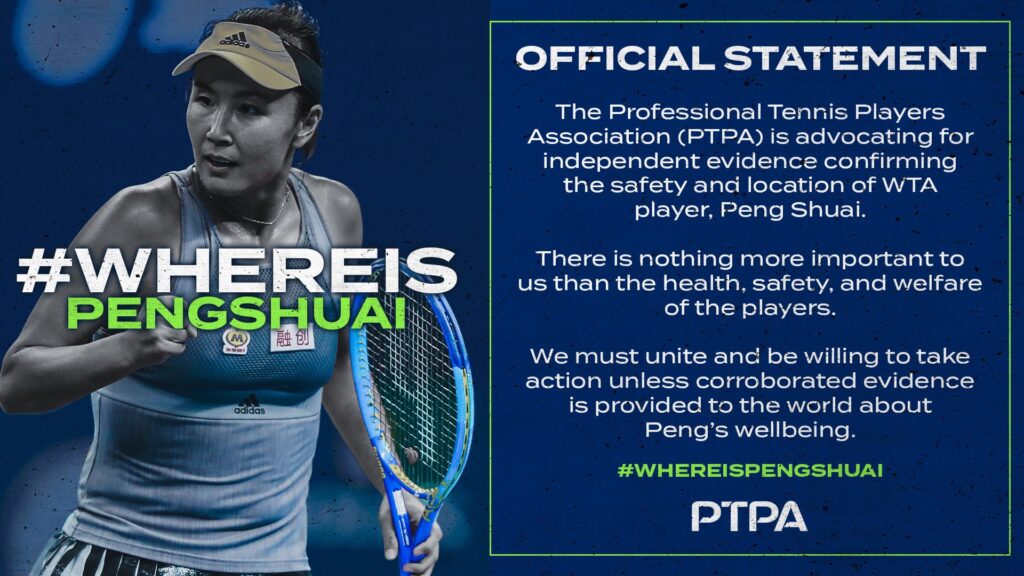 Peng Shuai, a highly successful tennis player from China is currently at the center of a western media maelstrom. This maelstrom stems from a 2 November post on the Chinese social media platform Weibo. Peng is said to have publicly accused the former Chinese vice premier Zhang Gaoli of raping her in 2018.

The timing, of what effectively becomes a trial by western media, is most inauspicious for China. TSN points to the looming winter Olympics slated for Beijing and then adds in the ludicrous allegation of crimes against humanity.

It is most unbecoming to whimsically write of alleged crimes against humanity without offering an iota of evidence. That China welcomes people to visit Xinjiang, that the Uyghur population increased 25 percent from 2010 to 2018, that there is no mass emigration from Xinjiang, that absolute poverty is eliminated would make China the laughingstock of inept genocidaires. Nonetheless, such extraneous allegations are obviously an attempt to cast China as a miscreant responsible for the “missing” Peng Shuai.

But now the “missing” Peng is no longer missing, as photos posted on Weibo by the China Open attest. Still China is depicted in a negative light: “The ruling party appears to be trying to defuse alarm about Peng without acknowledging her disappearance.”

The insinuation is that the Communist Party was behind her “disappearance.” But did she “disappear”? It takes only a little brain matter to realize that few of us would like to be in the spotlight for being the victim of an alleged rape. There are other possible explanations for why Peng was supposedly not seen. But this writer will not jump to any conclusions.

Without clarity on what has and is actually transpiring in the Peng saga, the Women’s Tennis Association and its CEO Steve Simon had threatened to pull the WTA’s events out of China. British politicians and Joe Biden talked about a diplomatic boycott of the Beijing Olympics.

US deputy secretary-of-state Wendy Sherman had tweeted: “We are deeply concerned by reports that tennis player Peng Shuai appears to be missing, and we join the calls for the PRC to provide independent, verifiable proof of her whereabouts. Women everywhere deserve to have reports of sexual assault taken seriously and investigated.”

It is well within the bounds of credulity that one politician in a country of 1.4 billion might commit a crime. China has had its share as evinced by chairman Xi Jinping’s corruption crackdown having purged many tens of thousands, including high-ranking officials and military officers.

However, one cannot condemn a country or political party for the alleged unlawful acts of one person. If so, then this would be the case for virtually every country on the planet.

If China’s Olympics should be boycotted or tennis tournaments yanked because of an unsubstantiated allegation, then this should apply equally to the United States where a sitting Supreme Court judge and a sitting president have faced allegations of sexual misconduct.

President Joe Biden — who once said, “For a woman to come forward in the glaring light of focus, nationally, you’ve got to start off with the presumption that at least the essence of what she’s talking about is real” — was accused of sexually assaulting a former Senate aide, Tara Reade. The #MeToo movement and Democrats abandoned Reade.

It is hard to pronounce upon what Peng ought to do. Without all the requisite facts, one cannot know with certainty why she was “missing.” Was she dealing with trauma from a rape? Then all sympathy goes to her. If, however, the public allegation was a “mistake,” then by avoiding the media crush, she leaves an aspersion cast on the man she wrongly called out as a rapist, and she has dragged her country into the vitriol that China-bashers are now heaping on China. However painful or humiliating, if it was a “mistake,” then surely she has an obligation to clear up this situation as soon as possible.

Disappointingly, I have never heard Serena Williams, Ashleigh Barty, Rafael Nadal, Roger Federer, Novak Djokovic, or any other star tennis players speaking out about the safety and human rights of the tortured political prisoner Julian Assange. Top tennis players through their on-court brilliance have garnered a large following. Is there not an onus upon them to make their voices heard for the good of fellow humans?

China at a turning point?