Junk This Division Between Siblings: some thoughts on the US electoral circus 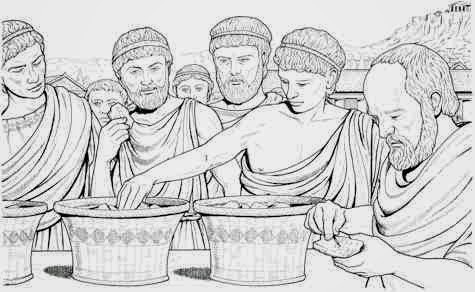 In the weeks following Trump’s defeat in the 2020 US Election the mainstream media has been obsessed by his unwillingness to concede, his intentional spreading of lies about election fraud, and the MAGA partisans’ belief that their commander in chief is still the real president. Once again the term “unprecedented” is being thrown around, as it has been since 2016, and the electoral circus we have been subjected to for two years into his regime (the entire spectacle of primaries and the eventual culmination of the Sanders phenomenon) shows no sign of ending. You would think that, by this point, pundits would realize that something is deeply wrong, and has been so for a very long time, with settler-capitalist democracy––especially since they have been croaking this adage about “unprecedented” for four years despite being shown some very stark precedents within this time. Precedents that, if these pundits bothered to study anything beyond what they’ve been socialized to accept as common sense, have been inherent in the USAmerican project since its conception. You really have to wonder about what qualifications permit individuals to become media pundits. Clearly they don’t have to study the history and political theory of their country, or politics in general, with any rigour to be given the right to speak authoritatively. For example, on the November 4th episode of CBC’s The Current, John Fund, an editor of the National Review, claimed that the reason why the Democrats did not get more votes to truly demonstrate the poverty of “Trumpism” was because they had drifted too far left! Considering that the Biden/Harris future regime is the most rightist version of the Democratic party there has been to date on all levels (not that the Democrats have ever been left wing, to be clear), and any empirical analysis of their policies would have to conclude that they are akin to Reaganites by this point, the fact that Fund could make such a statement demonstrates that pundits don’t have to study anything and can just shoot off their mouths with certainty that they are correct.

In the lead up this election there were mass rebellions against white supremacy erupting across the US. Both Biden and Harris were clear that they did not endorse these rebellions and that, in point of fact, they were opposed to their slogans of “defund the police” and “abolish the police”. The Democrats mocked the demands of the rebellions, asserted the rule of bourgeois law, and chastised any notion of rebellion against the status quo of policing. And yet we get other pundits claiming that slogans like “defund the police” might have “hurt the election”. Considering that the Biden/Harris-led Democratic Party did not promote this slogan, and in fact railed against it, should be enough to demonstrate the poverty of such punditry. These were slogans raised against the everyday horror of US settler-capitalism and did not come from the Democratic Party; nor did the Democratic Party valorize these slogans––they were unequivocally opposed to them from the get-go. The masses are thus being chastised for raising their own slogans; the rebellions are being disciplined. The fact that large portions of these same masses who were mobilized by such rebellious slogans did go out and vote for the Biden/Harris electoral machine merely demonstrates that, in the terms of Moten and Harney, radical planners were being made into participants with bourgeois policy. And now they are being chastised for having dared to question bourgeois policy.

What is missed by the pundits and bourgeois reptile press––even when it defines itself as “liberal”––is the fact that this thing they call “Trumpism” is not unprecedented, and that the current state of the Democratic Party is not a refusal of what generated so-called “Trumpism” but part of the same problem. Settler-capitalism as a degenerating imperialist power that, even when it rejects this “Trumpism”, must drift further right so as to continue its domination of the world along with its internal carceral policies.

In this context, anyone who celebrates the victory of Biden/Harris as being in anyways meaningful is delusional. We are simply looking at a potential regime that wagers a Reaganism against open fascism––the choice is largely meaningless. Biden and Harris will be fine with the police violence that the recent rebellions opposed––and they have said as much––just as Obama was fine with the same state violence in the context of the Ferguson revolt. Not to mention violence against Indigenous nations, border control and ICE, and everything that both US bourgeois parties understand as normative to the existence of their country. Maybe there is some harm reduction in voting for settler-capitalist business as usual rather than an outright white supremacist ticket, but it is not as if the former is not deeply embedded in white supremacist logic as well. The US as a whole, Republican or Democrat, is a white supremacist project and has been so since its foundation. To claim otherwise is ahistorical.

Whether or not Trump’s refusal to concede results in a new conflict within the factions of the US ruling class remains to be seen. But it is not “unprecedented”. Rather, both this so-called “Trumpism” and its electoral opposition––the latter of which that continues to drift more righwards––are part of the same phenomenon of settler-capitalism, of what the US has been since the very beginning. Instead of caring about preserving this spectacle we should instead ask whether this spectacle is nearing its end and do everything to help it near its end. The entire settler-capitalist formation is garbage, even when it proclaims is liberalism it generates fascism, and should thus be relegated to the historical junkyard.