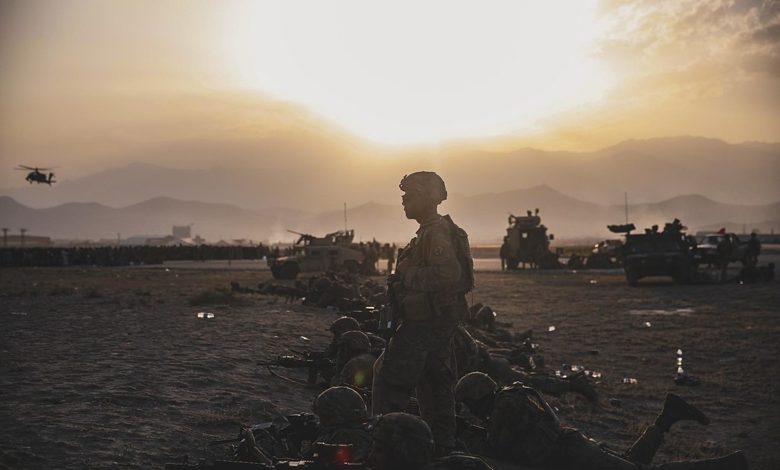 On Thursday a devastating terrorist attack struck the area outside of the Hamid Karzai International Airport in Kabul, Afghanistan. ISIS’s branch in Afghanistan, ISIS-K, has officially taken responsibility for the bombing. The blasts killed at least 169 Afghan civilians and 13 U.S. troops. People around the world are extending their deep sympathies to the victims and families affected by this tragic attack.

This deadly bombing in the nation’s capital city occurred amidst a massive evacuation by U.S. forces and their allies following the collapse of the U.S.-backed Afghan government at the hands of the Taliban. The Taliban returned to power on August 15, announcing that they would grant the United States until August 31 to fully evacuate its troops and citizens from Afghanistan. This evacuation is now winding down after over 100,000 people have left the country in the days since the Taliban came to power. This withdrawal represents the final exit of occupying U.S. forces after nearly two whole decades of war.

The U.S. occupation of Afghanistan officially began following an air campaign on October 7, 2001. Over the course of the war, at least 71,000 Afghan civilians were killed and 5 million Afghans became refugees. Democrats and Republicans alike urged the use of military force in supposed retaliation for the attacks of September 11. There were no Afghans on board the planes that struck the Twin Towers and the Pentagon, the Taliban opposed the 9/11 attacks, and the Taliban was willing to negotiate the arrest and trial of Osama bin Laden. But the Bush administration saw invading Afghanistan as a necessary stepping stone to wars it was seeking to wage against Iraq, Iran, Libya, Syria, Sudan and others.

Unsurprisingly, U.S. domination in Afghanistan was not embraced by the Afghan people. Even the brutal and deeply reactionary Taliban had more legitimacy than the puppet government set up by the U.S. occupation.

The U.S. empire’s 20-year stint as the rulers of Afghanistan caused chaos and fragmentation in the country, creating a vacuum out of which terrorist groups like ISIS-K could emerge. The violence Afghanistan has endured over the past several decades is either a direct or indirect consequence of U.S. intervention. Thursday’s bombings were yet another manifestation of the tragic consequences of the senseless cycle of violence the U.S. invasion began.

Both conservative and liberal figures in the U.S. political and military establishment have presented the airport bombing as a justification for effectively a resumption of the war. The Biden administration carried out a drone strike Friday in the Afghan province Nangarhar, claiming to have killed two senior members of ISIS-K. But the Biden administration so far appears to have decided to continue its policy of carrying out a withdrawal ending August 31.

The corporate media echoes these cries for war, scrambling to paint the U.S. war machine as a global beacon of counter-terrorism. But these calls for war in the name of “human rights” are hollow. The past twenty years have proven that U.S. intervention can never deliver peace to the country — in fact the result has been the opposite.