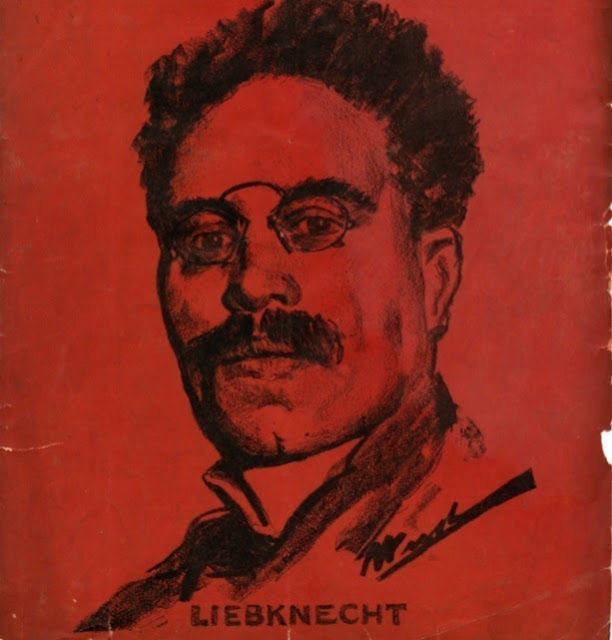 Karl Liebknecht Memorial Portrait for the Cover of the Liberator Magazine, March, 1919

“Lay down your weapons, you soldiers at the front. Lay down your tools, you workers at home. Do not let yourselves be deceived any longer by your rulers, the lip patriots, and the munitions profiteers. Rise with power and seize the reins of government. Yours is the force. To you belongs the right to rule. Answer the call for freedom and win your own war for liberty.” – Karl Liebknecht, 1918

Liebknecht, the great Marxist revolutionary and thinker who co-founded the anti-war Spartacist League and then the Communist Party of Germany after WWI with Rosa Luxemburg, was born on August 13, 1871.

After a failed communist uprising in the streets of Berlin, Karl Liebknecht & Rosa Luxemburg were murdered by rightist militiamen, January 15, 1919

Alienation and Emancipation in the Work of Karl Marx