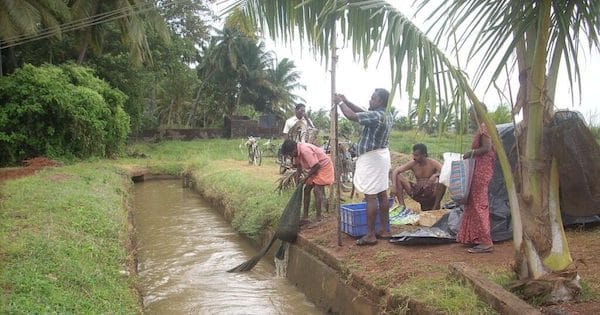 Environment and employment two fronts on which India has been besieged in recent years. Unemployment since 2011 has worsened in the aftermath of the COVID-19 lockdowns. About 100 million workers lost their jobs with women and the youth being more adversely impacted.

Cities were the epicentre of this crisis of job loss. Cities have also been besieged on another front as they struggle with environmental issues of water, solid waste management, flooding, air pollution–a seemingly endless list of woes compounded by the incidence of extreme weather events.

To address unemployment, there have been demands for a central urban employment guarantee scheme similar to the Mahatma Gandhi National Rural Employment Guarantee Act targeted at villages.

Kerala was the frontrunner having initiated the Ayyankali Urban Employment Guarantee Scheme in 2010. Madhya Pradesh in 2019, and Jharkhand, Himachal Pradesh and Odisha in 2020 followed with schemes for providing employment to different categories of the urban poor.

We were curious to know the perspective of stakeholders–mainly job seekers, officials, and the community members–on the environmental benefits generated by the scheme, especially in the aftermath of the repeated extreme weather events such as the flooding Kerala witnessed since 2018. We conducted interviews with 34 stakeholders in Kodungallur in Thrissur district, and Neyyattinkara in Thiruvananthapuram district. Names have been changed in this article to protect the identity of those interviewed.

Many community members perceived benefits from the ecological works under the Ayyankali Urban Employment Guarantee Scheme.

According to Vinod, rain pits had helped retain water that could be utilised for growing fruit crops and vegetables. Rain pits dug in private homes were mentioned by those interviewed as also contributing to recharging wells where drinking water in summer was a serious concern and to address saline water intrusion.

The other predominant environment-related work done was cleaning canals, removing weeds and grass from the roadside and clearing plastic waste. According to Matthew, the collection of plastic waste helped limit the pollution in his area. He said that before the implementation of the scheme, people were left with no choice but to burn plastic or dispose of it in the streets. The memory of the floods that the state witnessed in 2018 is still fresh in the minds of the people.

Venu said canal cleaning has allowed free movement of water and prevented flooding during rains. While some concerns about the efficacy of the work were expressed, the community members also saw the initiatives as enhancing the quality of the environment.

According to Bindu, their ward was much cleaner and prettier, and she personally felt the air quality had improved as well. This was in appreciation of the pachathuruthu (green islands) initiative where fruit trees were planted along roads and in schools. The benefits of these trees would accrue perhaps 10 years from now, but as the Chinese proverb says, the best time to plant a tree was 20 years ago and the second-best time is now.

Several community members said they looked forward to their children enjoying the fruits of these trees years down the line. Community members also mentioned ecological benefits of the trees such as shade and a source of oxygen and aiding absorption of carbon dioxide.

Cultivation of vegetables, an initiative specific to Neyyattinkara, had implications for the food security of the urban population, especially the poor. Fast-growing vegetables such as chillies, spinach, tomatoes, okra and brinjal were planted on private land and the produce shared by the owners and the workers. There is also a provision for selling the produce in consultation with the municipality.

The job seekers provided interesting perspectives about the nature of the work. Meera found employment beneficial as it enabled her to work even during old age, but was also “relaxing and comfortable” at the same time. Job seekers found planting trees “interesting”. Teresa said she found much “joy” in the work that was beneficial to the community as well as to the environment.

The manual labour that the poor are forced to do to earn a living is often soul crushing. But these perspectives provide a stark contrast to the narratives of drudgery and routine normally associated with manual labour.

Officials, including overseers and municipal secretaries, said they were able to witness several benefits of the environmental work. Manikandan, an overseer, said the community was inclined towards ecologically beneficial activities, such as agriculture and setting up green islands, that helped improve the beauty and living conditions in the locality. Shailaja, a municipal secretary, said environmental work was especially important in the aftermath of the floods and other disasters that the state is vulnerable to.

According to her, all activities in the scheme help in enhancing environmental conditions. She also said workers were the pillars of the scheme and were invested enough to give suggestions on the kinds of work. Hari, an overseer, said workers too have shown an inclination towards environment-related work.

It is not that the Ayyankali Urban Employment Guarantee Scheme is without challenges. Limited money and delay in funds by officials resulted in delayed payments to job seekers. Another concern, especially for those who depended on the scheme, was that very few days of work were available in a year. There seemed to be limited awareness about the ecological benefits of the scheme among the community. Members of the community also complained of shoddy work and money wasted.

Notwithstanding these concerns, the scheme holds tremendous potential to serve as a model for urban employment guarantee programmes across urban India–as a source of employment and for the protection of a city’s environment.

The range of environmental work under the scheme can be widened and complemented by environmental monitoring jobs targeted at unemployed educated youth.

The benefits are incalculable for the current and future generations of urban residents–from income to the poor and enhancing food security for citizens to addressing the challenges of climate change.

We have an opportunity to move urban India in the direction of not only being more environmentally sustainable but also socially just. The choice, like always, is ours to make.

Review: Our Time is Now: Sex, Race, Class and Caring for People and Planet

The Rise of Iran Poses Both Opportunities and Dangers

In Kerala, a street food festival takes on communal forces