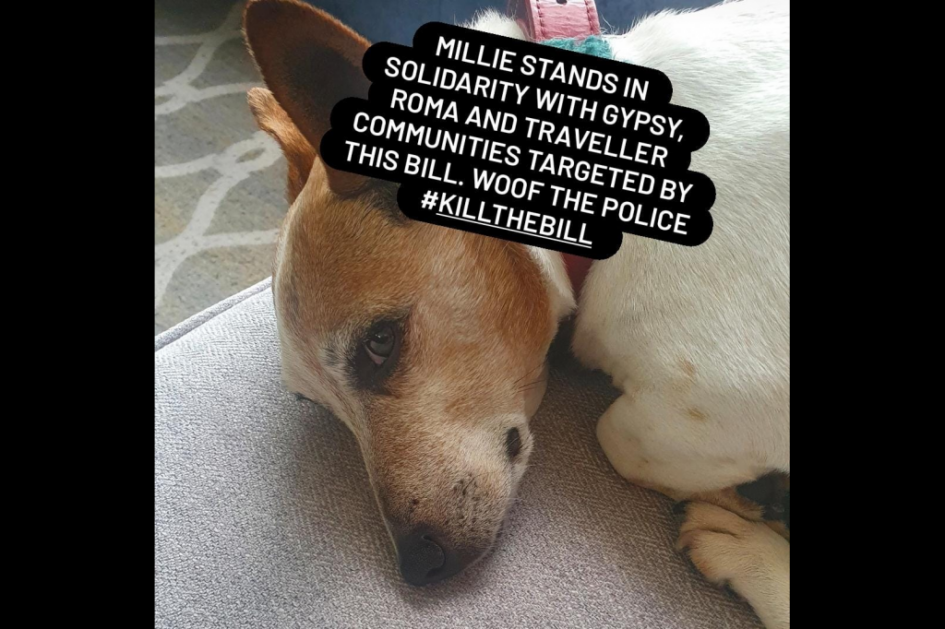 On August 21 2021, rs21 took part in protests opposing the new Police, Crime, Sentencing and Courts Bill across the country with the #KillTheBill coalition. As well as joining protests as part of the Kill the Bill Day of Action, rs21 members shared our opposition to the Bill in this social media campaign. The Police, Crime, Sentencing and Courts Bill 2021 is huge and rushes through a large range of new laws and provisions that threaten our right to protest, as well as the rights of marginalised groups who already face increased police harassment, intimidation and violence, including Gypsy Roma Traveller communities, Muslims and people of colour.

The Bill comes alongside other Tory proposals to undermine the mechanisms that allow us to hold public authorities accountable through legal channels, such as using Judicial Review or the Human Rights Act, or through journalism and whistleblowing. Those who do not have access to the law or media platforms can still take to the streets to protest: the Police Bill threatens that too. The Police Crime Sentencing and Courts Bill 2021 gives wide scope for the police to crack down on protests, allowing them to impose whatever conditions they want on static demonstrations of one person or more if they are considered ‘noisy’ or ‘annoying’ – but from whose perspective? The Bill also increases the sentences that protesters can get given for protest ‘crimes’, increasing the chance of people receiving draconian sentences for attending a peaceful protest.

The Bill would also extend police powers outside of protest contexts to use stop and search powers with even less scrutiny, allowing them to stop and search without reasonable suspicion if someone is subject to a ‘Serious Violence Reduction Order’. This will lead to racialised stop and search tactics being used against people already subject to high levels of police intimidation. Figures from 2020 showed that Black people are nine times more likely to be stop and searched than white people, and police use of these powers is on the rise. Luke Smith from GRTSocialists told us:

This bill is proposing that the same people imposing police brutality upon us should have the discretion to seize our goods until criminal proceedings have taken place. Those criminal proceedings can sell those assets and put us in prison for three months, and give us fines of up to £2,500. These are vulnerable families that really can’t afford those impositions. ‘If we’d had these laws in 2003, how many political prisoners would there be?’

If you want to be able to resist racism, campaign for effective action against climate change, fight for your rights at work or in the community, then you need to oppose the Police, Crime, Sentencing and Courts Bill.

Reactionary legislation has been overturned before. The Poll Tax in the 1980s faced riots and resistance, and eventually became unworkable. Section 28, which aimed to clamp down on homosexuality being discussed in schools, was repealed in 2003 after a long fight. Public protests and pressure played a key role in these wins. rs21 has been covering the Police Crime Sentencing and Courts Bill 2021 on our website – you can see all the articles here. We also produced a leaflet to hand out at protests and events here.