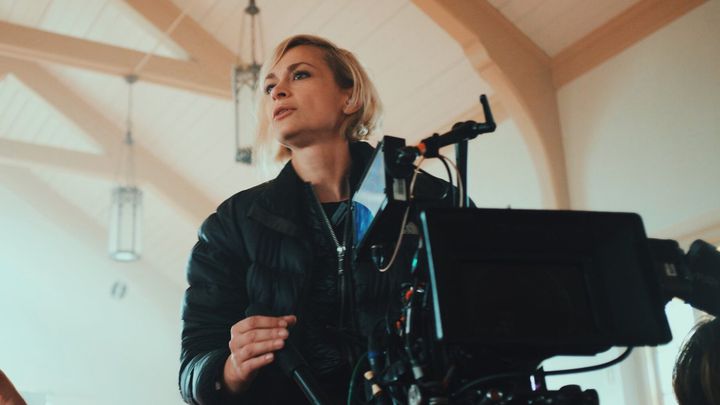 On October 21, cinematographer Halyna Hutchins, 42, was killed on the set of the film “Rust” in New Mexico after the lead actor misfired a prop firearm with live rounds. The film’s director was also injured and hospitalized by the gunfire.

Hours before the tragedy, an estimated half-dozen camera crew members, who were part of the International Alliance of Theatrical Stage Employees (IATSE), walked off the job to protest the production’s poor working conditions. IATSE is the union that represents over 150,000 entertainment industry employees. Workers cited long hours, complaints over pay, unsafe 50-mile commutes to and from work, lack of COVID-19 protocols and poor safety on set as to why they resigned that same morning. One crew member on set recalled that Hutchins had been advocating for safer conditions for her team before they left.

Lane Luper, camera assistant and Local 600 member who walked off set, said earlier this week: “​​I’m fighting to get my crew, on this movie, hotel rooms when we go long or are too tired to drive the hour back from location to Albuquerque. [The producers] either say no or offer a garbage roadside motel that’s used as a homeless shelter”.

He continued, “Nobody on any production should have to sleep in the cold in their car at basecamp to not die driving home.” Following the walkout, the producers swiftly brought in non-union workers to replace crew members like Luper, so that they could continue filming that same day.

Since shooting began on October 6, concerns over safety had been brewing amongst crew members. Reports indicate that several misfires occurred prior to the fatal accident that were not investigated. “There were no safety meetings. There was no assurance that it wouldn’t happen again. All they wanted to do was rush, rush, rush”, said one anonymous crew member.  Sources inside the film industry told Liberation News that the producers hired a non-union 24 year-old with little experience as the film’s armorer — the person responsible for prop weapons on set — in order to cut costs.  Production on the movie was immediately shut down following Hutchins’ death.

This news comes just one week after IATSE reached a tentative agreement with the Alliance of Motion Picture and Television Producers and averted a nationwide strike on October 16. After more than five months of contract negotiations, IATSE decided to strike on October 13 for better and safer working conditions for crew members if an agreement was not imminently reached. Now that an agreement has been struck, the contract will still need to be ratified by the membership in order to avoid a strike.

Hutchins’ death joins a list of fatal on-set movie accidents over the years caused by producer negligence and studio greed.

In 1982, a helicopter accident on the set of Twilight Zone: The Movie killed actor Vic Morrow as well as two child actors, Renee Shin-Yi Chen and Myca Dinh Le. In order to circumvent California child labor laws, the producers never informed the children’s parents that they would be in proximity to a helicopter or explosives and paid them under the table.

In 2014, Sarah Jones, a 27-year-old camera assistant, was tragically killed by a freight train after producers had failed to get proper permission to shoot on the tracks.  Jones’ death quickly prompted the “Safety for Sarah” movement within the film industry to promote on-set safety through awareness and accountability.

On October 24, members of the Party for Socialism and Liberation joined hundreds of community members gathered for a candlelight vigil outside the IATSE Local 80 headquarters in Burbank. The vigil — organized by Local 600 of the International Cinematographers Guild — was attended by hundreds of friends, classmates, coworkers, and IATSE members from across the various locals. Mourners not only honored Halyna’s memory and vibrant life but also expressed solidarity with other film crews who face similar dangerous working conditions, knowing Halyna could have been one of them.

“We’re also gathered with some frustration and a little bit of anger.” said Michael Miller, Vice President of IATSE. “Anger that too often the rush to complete productions and the cutting of corners puts safety on the back burner and puts crew members at risk. Frustration that after standing here seven years ago for Sarah Jones and sharing the stage with another family that had experienced unimaginable and unnecessary loss that we’re here again. The circumstances are not identical, but they are way too familiar.”

As the investigation into Hutchins’ death continues, one thing is certain: these tragedies, whether they happened today or several decades ago, undoubtedly stem from studios prioritizing profits over the safety and well-being of workers. The poverty wages, abusive hours, and cost-cutting on labor that plague the film industry are what create these dangerous working conditions.  Now more than ever it is important to stand with workers as they navigate this crucial time.

Hutchins’ is survived by her husband and her 9-year-old son. In honor of Halyna’s memory, Local 600 has set up this GoFundMe page to help raise funds for her family at this difficult time.

Social disaster from hurricane is a product of capitalist greed