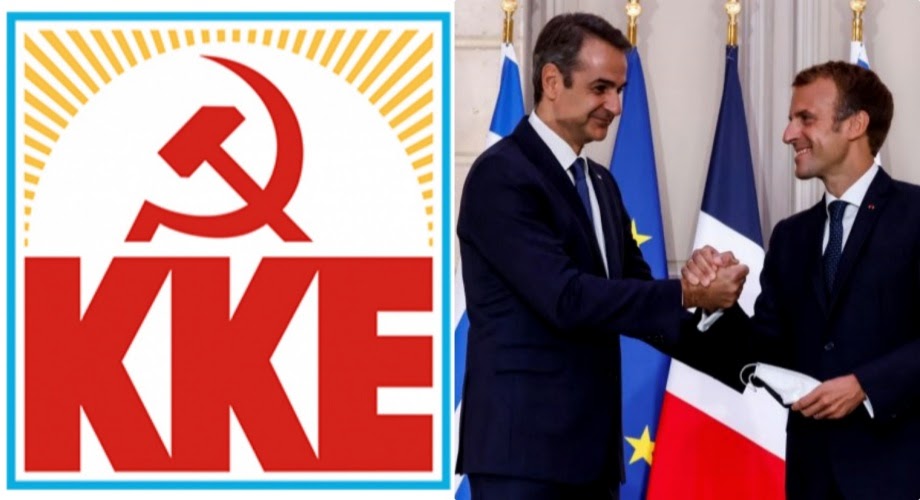 The Press Office of the CC of the Communist Party of Greece (KKE) issued the following statement on the strategic partnership between Greece and France as well as Mitsotakis and Macron’s statements:

“The people need to understand the essence behind the government’s celebrations, namely the fierce geopolitical competition and negotiations in which Greece is dangerously involved. An integral part of the above is the excessive —and never-ending— expenditure on armament programmes, which mainly serve other objectives and not the country’s defence, while the Greek people are called upon to pay for them with heavy sacrifices.

It is characteristic that both Mitsotakis and Macron made a plethora of references to the “Euro-Atlantic character” of military equipment, the “European strategic autonomy”, and the “geopolitical power of Europe”. All the above clearly reflect new aggressive plans and imperialist interventions in the Eastern Mediterranean, the Middle East, North Africa, and the Sahel region, in which France is already playing a leading role and Greece is participating, while the latter is called upon to further enhance its involvement in the context of the mutual strategic partnership.

“New, modern weapons” will be used in these missions, as demonstrated by the recent delivery of Greek military material (the “Patriot” missile system) in Saudi Arabia.

The Strategic Partnership between Greece and France as well as the Greece–US Agreement, which will be extended for 5 years, serve the objective of the geostrategic enhancement of the Greek ruling class, which assumes the role of the henchman and entangles the people in the sharpening and dangerous competition in the region and worldwide,  to the detriment of the peoples.

Within the framework of this anti-popular strategy, with which SYRIZA and KINAL agree, competition between the bourgeoisie of Greece and Turkey is escalating in the Aegean and the Eastern Mediterranean and sovereign rights are being negotiated by the imperialists.

For these reasons, it is of great importance that the people are not deceived by overweening celebrations and fanfares; that they denounce the engagement policy in imperialist plans and remain vigilant”.