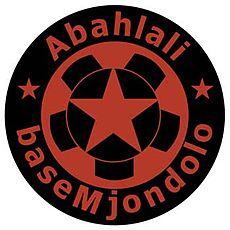 Abahlali baseMjondolo has always warned that the anger of the poor can go in many directions. We have warned again and again that we are sitting on a ticking time bomb.

We have warned for too long that people cannot continue to live in terrible poverty only to be ignored year after year. We have made it clear that people will not allow their humanity to be vandalised forever. For too long we have been explaining that we are ruled with violence and that the public often accept this by their silence.

The state has brought us violence each time we protest peacefully. When we deliver a memorandum, it will be thrown in the bin. Each time we engage the authorities in good faith only to be lied to and deceived. Each time when some sort of services or jobs are provided they are only given to members of the ruling party.

Our homes have been repeatedly destroyed with violence, in some cases more that 30 times. Municipalities like eThekwini have been ignoring court orders. Shackdwellers have been treated as if we are beneath the law. In all this, lies are put before the truth, promises made are broken, profit is put before people’s needs and the commercial value of land continues to be put before its social value.

POVERTY AND STARVATION CAUSE BREAKDOWN IN SOCIAL ORDER

The riots that have been happening have nothing to do with Zuma. Poverty and hunger were a bomb and the breakdown in order caused by Zuma’s people lit the fuse. Everywhere people who started taking food from the shops said that they are starving and have nothing to do with Jacob Zuma and are not doing anything for him. Migrants were also taking food. Everyone who lives in South Africa was taking food because the issue was hunger and poverty.

Many people were hungry before Covid. Now they have been starving since March last year. Many lost jobs and those few who were getting the R350 grant which was making a difference to their lives have lost it. More than 74% of the youth are unemployed.

The elites have always ignored the poor. They do not see us. When the riots happened suddenly the poor were before their eyes.

But the poor will remain poor after the riots. In fact, our lives will probably be much worse. If you ask people what they will eat after the riots are finished they say that they are hungry now. They will say that hunger is more deadly than Covid. If you ask them about the people who will lose their jobs they say what about our children who graduated but have no jobs? People are only looking at the present, and not the future. This is because they do not feel that they have a future.

Many people are afraid that there will be no more food to buy and that when all the food taken in the riots is finished an even bigger hunger is coming. People are worried that unemployment will get worse. Others are afraid that there will be fires in the shacks because some people are drinking so much looted alcohol. Many Zimbabweans are saying that this reminds them of how the collapse started in Zimbabwe and now that things are so bad it is better for them to go home.

Hunger has turned some people into evil hearts in such a way that they can no longer even consider another person. Tavern owners are angry that they are still paying rent for their shops but they are closed while restaurants are open. There are people who are pushing the agenda of the Zuma faction in the chaos. People are saying that it was ordinary hungry people who took the food, but that it is Zuma’s people who are burning the factories, warehouses, malls and infrastructure. What will happen to people’s jobs now that factories and other places of work are being burnt? That is not a revolution. It is destruction that will leave the poor poorer.

In the beginning all kinds of poor people were taking food. Now under the surface the xenophobic and ethnic murmurs are starting. Xenophobia and tribalism are coming. Some people are worried that there will be a tribalistic war between Africans and Indians. Local ANC structures are encouraging divisions, often using social media.

In October 2020 our movement took to the streets with nearly 5 000 people in protest against state corruption. We marched against violent and unlawful evictions that have become normal in our communities, and of course we marched against violence on minority groups and women. Nobody took us seriously. Even today the office of the Premier of KwaZulu-Natal pretended as if he was doing something about it only to create the fatal ground for what we see today.

The government is useless. Zuma and Ramaphosa both failed the poor. The government has failed to bring food and peace. The state teaches the people violence and not discussion and negotiation. Corruption continues. People are very angry about Zweli Mkhize who was stealing from us while we were not able to work and going to sleep hungry. Sihle Zikalala has not come out clearly to say what needs to be said by a real leader. He is a big part of the problem. People were very angry after the President’s speech on Monday. He said nothing about the R350 grant, unemployment or hunger. He said nothing about the fact that even our educated children sit at home and do nothing, or that we no longer have money to send our children to school because all the money that we can find must be used to buy food. He said nothing about the fact that the politicians and their families have been eating while we starve.

We fear that the economic situation will become like Zimbabwe, and that when the worms have finished eating the carcass they will eat each other.

The country is a mess and there is lack of leadership. On the first day it was young people taking food. Now it is old people too. Ramaphosa should understand that when mothers and fathers are going out to loot the situation in the country is hopeless and that the government has failed. He should understand that while there has been criminality the riots were the result of starvation. We need food, we need money and we need to be left alone on our land but instead Ramaphosa is sending us soldiers. Deploying the army is very risky as it could escalate the situation which could mean more death. Government cannot just address people through the television screens and think everything will be ok. People who say that they are leaders should be on the ground, with the people, in this crisis.

It is high time that the ANC takes responsibility for this crisis. The level of arrogance that we have witnessed in the past needs to come to an end. It is time that they swallow their pride if they really care about this beautiful country. They need to able to put the people of South Africa first unlike Zandile Gumede who told the media that the ANC comes before South Africans.

We note that when an ANC faction instructs people to loot there are no police, no helicopters and no water cannons. But when we have a peaceful rally or a march, or build a home, there are all kinds of police resources in place.

The situation is tense and our members are very worried. A process of carefully listening towards the feelings and views of our members has shown that they say that for too long, they have been ignored as if they do not exist in this country. They say that for too long they have lived without employment and in deep poverty. They say that they have not had food for their families while politicians loot the state and enrich themselves. They say that the Covid-19 lockdown hit us very hard but the state has stopped the Covid-19 grant despite taking the country back to alert level 4.

Our position, based on these listenings, is as follows:

We repeat that people are not interested in Zuma’s arrest. It is the fact that they have been unemployed and hungry for too long that has created this crisis.

Our movement has been very clear in all our actions and popular education that ubuhlalism and the living politic are central to the course of our struggle. We spend so much of time educating our members about ubuntu and that umuntu ungumuntu ngabantu. With these teachings and emphasis, we want to reflect the kind of society we are advocating for. This is the most important part of the work we do before we actually engage on our living conditions and struggles for land, housing and dignity. Here we argue that unless we are responsible human beings with love for their country and fellow humanity, we will not win the battle of justice and equality.

In the past we have stood victorious against many forms of violence organised by reckless politicians through xenophobia and ethnicity. We have built strong values of ubuntu and maintain high discipline in the midst of these challenges of state violence, poverty, unemployment and inequality.

Our members say that if Abahlali baseMjondolo was in charge we would be swimming together in the red sea.

We will do all we can to bring peace, and to build a just peace.