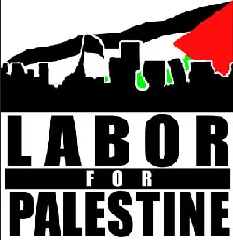 
In this episode, we spoke with Labor For Palestine organizers Suzanne Adely who is the Co-Director for the Food Chain Workers Alliance and President-Elect of the National Lawyers Guild, and Michael Letwin who is a public defender in New York City and former President of the Association of Legal Aid Attorneys/UAW 2325.

In this conversation, we discuss:

Labor for Palestine was launched in April 2004 by New York City Labor Against the War and Al-Awda NY: The Palestine Right to Return Coalition to reclaim the legacy of working class solidarity with Palestine in the United States, as reflected in groundbreaking statements by the League of Revolutionary Black Workers in 1969, and wildcat strikes against the United Auto Workers (UAW) leadership’s support for Israel in 1973.

Empathy Media Lab is produced by Evan Matthew Papp and they are a proud member of the Labor Radio Podcast Network. Support media, authors, activists, artists, historians, and journalists, who are fighting to improve the prosperity of the working class everywhere. Solidarity forever.