Laboratories of the extreme 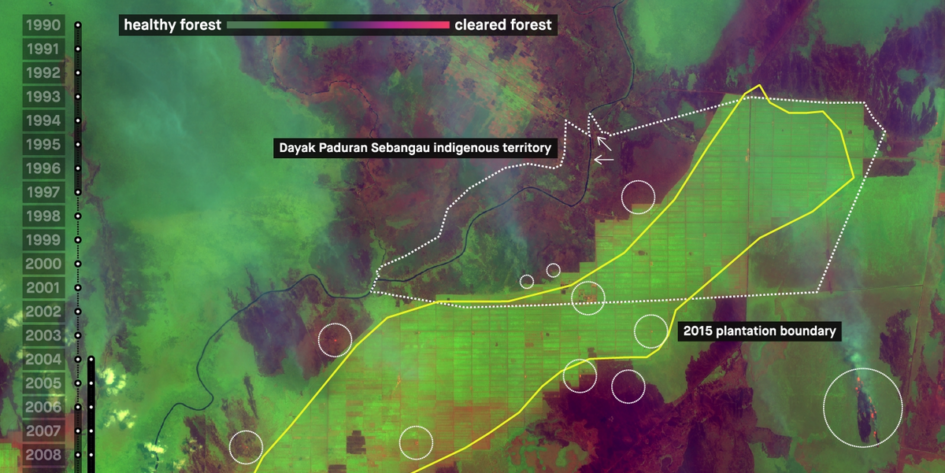 Eyal Weizman is a professor of spatial and visual cultures at Goldsmiths, University of London, where he started the Centre for Research Architecture, and in 2010 founded the research agency Forensic Architecture. Weizman has significant international influence across academia, law, art and journalism. He serves on the boards of the International Criminal Court and the Centre for Investigative Journalism, and is a founding member of the architectural collective DAAR in Beit Sahour, Palestine.

Weizman joined Red Pepper editor Jake Woodier for a discussion on the political nature of architecture. The discussion explores truth as a social practice, and how he and his team at Forensic Architecture are using architectural practice alongside cutting-edge technologies to investigate human rights abuses by states, militaries, police forces and corporations.

Jake Woodier: I think it’s fair to say that, for the most part, people probably engage with buildings, and the built environment around them, for their functional purposes, rather than delving a bit deeper. Could you explain why architecture and design is political?

Eyal Weizman: Architecture combines three more consequential aspects of politics: capital, which you need in order to build; land, which is a political question always; and bordering, meaning enclosures or certain other lines of exclusion.

This is significant because it is not enough to say, ‘Where you build is political.’ There is the idea of a formative force – a form-giving force – which means that the actual vocabulary of architecture – its syntax, the way it organises its spaces, its circulation, the way it places its walls and doors – is a consequence of these political forces. So you need to know how to harness them in design. But, of course, what we do is not proposing systems for design. We start from an understanding of force-formed relation into architecture, saying: ‘Architecture is forces slowing into form.’ And can we actually inverse that process? Can we build architectural facts, rewind them and unpack the forces that resulted in them being where they are?

JW: You’ve touched on the case for forensic architecture, but could you give us a bit of a briefing on what the practice is itself?

It then evolved into an analytic system that allows us to see multiple videos of an incident and make sense of them by placing those videos into spatial models. Later it evolved into using architectural modelling and architectural investigation as an aid of collection by allowing witnesses – who had often been traumatised and had difficulty remembering incidents – to walk through synthetic environments that we built to resemble as closely as possible the environments in which scenes had taken place and recall what has happened within them. It is also the presentation of evidence about environmental destruction like forest fires, and what we call environmental violence, working on a very large scale.

In the context of the Colombian truth commission, we’ve reconstructed a hundred square kilometres of lost landscape. Reconstructing it tree by tree, and detail by detail, we have in fact unpacked a whole system of land dispossession and massacres that happened on the Caribbean coast of Colombia. That was presented as part of the Colombian truth commission, but also in an exhibition.

We have looked at the entanglement of climate transformation and human rights violations at the threshold of deserts worldwide – Syria, Palestine, Afghanistan, places like that. There is much to be said about what architectural evidence is, and how architectural tools and techniques become a useful optic to intervene and to show us information in a way that other disciplines cannot really capture and understand.

Sometimes by placing multiple videos within an architectural model you can see different information in each video. You locate them within a model, and you can unpack a police murder of a racialised subject, or something like that, as we have done in the case of Mark Duggan in the UK, for example.

JW: One of the things I’ve noticed is the impact of your work. It seems to have been decisive in, for instance, causing the Israeli state to admit to nefarious, criminal, destructive activities that it is secretive about – or forcing it to change its narrative. A case I noted was the murder of Yaqub Abu alQi’an in the Bedouin village of Umm al-Hiran. Can you expand on why supporting the Palestinian struggle has been a cornerstone of Forensic Architecture’s work, and the impact this has had on investigations in other parts of the world.

EW: Palestine is, to a certain extent, a laboratory of the extreme in which different tools and techniques are being developed in the context of Israeli domination of Palestinians and then exported worldwide. It’s been like that for decades.

Initially it was elements of kinetic violence that were exported, like guns and missiles. Then it became sensor technologies and walls. Israel has been advising India on the fortification system in Kashmir, and many other places worldwide. Then it also becomes a way in which cyber warfare is developed, as we’ve learned with the NSO Group Technologies (NSO) project. NSO has developed Pegasus, which is this offensive cyber weapon that has been used to target civil society activists. This is what Israel does in Palestine and now, using NSO, a lot of that is done globally. We have been part of the exposure of NSO’s activities.

I think that Palestine is also a place where a lot of resistance techniques have been developed – Palestinian-led techniques of the anti-colonial movement, that sometimes uses law, sometimes uses the new media, or uses various non- armed, non-violent techniques of resistance that have been influential in many other places. Forensic Architecture came out of the matrix of problems that were articulated by the Palestine issue and they have later evolved to become decisive in other places. We worked in Mexico and in Guatemala. We work in Indonesia, the US, Russia, Turkey and many, many other places using techniques with an origin in anti-colonial struggle in Palestine. In the UK, we worked on Grenfell.

JW: A lot of the output of your investigations involves uncovering and building the truth out of narratives that have been set by powerful actors. Invariably these investigations have to come after the fact, so there is already a dominant ‘truth’ about how events – or criminal acts or abuses of power – have taken place.

Thinking about the case of Mark Duggan, the governing body of the state responsible for an investigation was able to dismiss the evidence that was disproving the official narrative. In this post-truth, misinformation world that we live in, how can the work of Forensic Architecture be scaled to continue to build those truths, in this environment where that’s such a challenge. What lessons are there to be learned, if any?

EW: The work of truth practices needs to be collective practices. They need to be social practices. If they are the domain of experts, it’s enough to cast doubt on some expert’s political position or history, and then you would try to dismiss them as post-truthers – or what we call anti-epistemologists.

We need to take on the challenge of anti-epistemology and effectively not reinforce the pillars of power-knowledge in society. You might think that donating to, subscribing to, or paying the Guardian or New York Times is going to do it, but taking over the means of production means taking over the means of evidence production. Socialise and collectivise the presentation of evidence. Evidence that wants to be publicly convincing needs to be produced and presented in public, and not simply be getting its authority from a prestigious house of truth-value – the University of Cambridge or something like that.

I know that we are part of a university [Goldsmiths], but we try to create communities of practice that are wide and inclusive, in which different participants bring in their particular talents and perspectives, in which all contributions and all points of view are seen as equal – not as stratified into high expertise and low expertise. We are using architecture to become that arena of cross- referencing a poly-perspectival reality.

To a certain extent, Forensic Architecture is also a philosophical project asking how truth should be produced and showing truth-making and truth-practices as a commons. We call that technique open verification. And we also show the strength of aesthetic practices within that – filmmakers, architects, etc.

JW: Would it be fair to say it’s an open- source practice, in many ways?

EW: Yes, absolutely. We call it open verification, but it is based on open- source practice.

JW: I’ve noted through a lot of the written materials on Forensic Architecture’s website, and in previous comments you’ve made, that you’re aiming to put the continuing development of new techniques at the heart of what you’re doing. I wonder if you have any closing thoughts on where the field, or practice of, forensic architecture goes from here?

EW: We want it to grow as a field, not as an office, and it does. We’ve shaped a lot of education in architecture and the arts, and there are many affiliate groups to ours in South America, the US and all over the world, dealing with different issues, like police violence, environmental violence, border violence. They are not us. We support them but we don’t want to keep anything proprietorial. We want to just help train and expand the scope of the work.

Our aim is not that it becomes a sort of boutique technique for those newspapers and news agencies that can afford it. It should be a common tool for social movements and people that are colonised or under state repression, to understand that having agency in state investigations gives communities a lot of power.

Eyal Weizman is a professor of spatial and visual cultures at Goldsmiths, University of London, and founder of Forensic Architecture. Jake Woodier is an editor at Red Pepper

This article first appeared in issue #235, ‘Educate, agitate, organise’. Subscribe today to get your copy and support fearless, independent media

How U.S. media misrepresent the Wuhan Institute of Virology’s laboratories and safety protocols