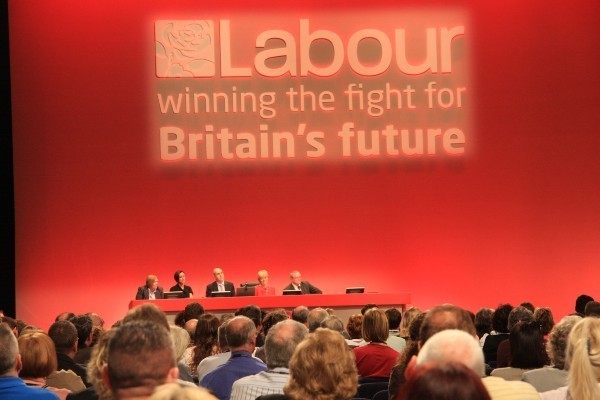 The last time the Labour Party had a proper conference, Jeremy Corbyn was still leader and the 2019 general election hadn’t even been called.

Though Corbyn had retreated over Brexit and Palestinian rights under a battering from Labour MPs, the left still dominated on the conference floor.

It’s a world away from the ­conference left wing activists expect now.

After Starmer banned four left wing groups from the party, there are reports that many elected delegates have been suspended on the ­flimsiest of pretexts.

It’s left delegates feeling angry, but also under siege. Two left wing party activists spoke to Socialist Worker—but neither want to be named for fear of being expelled.

One, a Momentum activist from the south of England, said, “Delegates should be angry at good Labour Party people being put under investigation because they were photographed two years ago with the Socialist Appeal newspaper under their arm.

“There will be people angry at what’s happening to their left comrades.”

Another member—a ­leading member of Jewish Voice for Labour (JVL)—said it was all part of Starmer’s effort to make the party acceptable to the rich again. “It’s all about making it very clear to the ruling class that Labour is ready to be the bosses’ second 11 again.

“That’s what this is all about—trying to return to Blairite ­centralised control and members having very little say in policy.”

In response, left wing ­organisations are pushing to try and defend left wing politics in Labour.

There are protests planned ­outside the conference venue—and battles inside to vote through left wing policy motions and rule changes.

The left are organising to reject the appointment of David Evans as ­general secretary if it’s put to a vote—and will apparently be joined by delegates from the powerful Unite union. But even these activists are realistic about what they can achieve in the circumstances.

“Whether there are enough left wing delegates to make that a reality, I don’t know,” said the JVL member.

“The right are worried and that’s why they’re targeting delegates in purges. And under Starmer a lot of members have stopped paying their fees, stopped turning out for leafleting.”

And the Momentum activist said, “Labour is a mass party of the people and I believe it can change. But ­sometimes you wonder, what can you do? If we can have a spark of hope out of this conference we can reignite things. But I’ve got a feeling it might be a bit flat. We might not get those gains, and change might look hard.”

Complicated process means democracy is left at the door

For the Labour left, conference seems one of the only opportunities to influence and challenge the leadership and MPs.

But its workings reveal just how little power they have.

For a start, the whole process is tightly controlled by the party’s machine.

It’s a struggle even to get motions heard—as was shown just last week.

Constituency Labour Parties had submitted a motion on a Green New Deal to be considered for debate at conference.

Yet before the conference even began, the Conference Arrangements Committee—which controls what happens on conference floor—decided it couldn’t be heard.

Even if a motion gets past the committee, there’s still a long journey before it even gets close to becoming party policy.

First, the conference has to decide whether to even discuss it by voting on broad topics for debate during the rest of the conference.

If your topic is chosen, your motion is sent to a “compositing” meeting, where it is mashed together with other motions on the same topic and most likely watered down.

Constituency delegates have to wrangle over precise wording against experienced officials and MPs.

Whatever comes out of that is finally sent to the conference floor.

It is discussed simultaneously with similar motions, and the chair tightly controls who gets to speak.

And after all that, even if your motion passes, MPs are entitled to ignore conference decisions.

When Labour MPs were first elected in significant numbers in 1906, they immediately began defying supporters’ wishes.

After supporters complained, Labour’s response was to make the Parliamentary Labour Party “independent” of conference.

This reveals a broader truth about the Labour Party.

As an organisation focussed on change through parliament, Labour prioritises the power of MPs, who feel much more sharply the need to be “respectable.”

No wonder many Labour activists are starting to look elsewhere.

Union leaders back the MPs

Some left wing activists want the conference to vote through a rule that would make MPs accountable once again.

But its success depends on the support of union leaders in a “block vote”.

And historically, union leaders have consistently acted to protect the independence of the party MPs.

Voting power at the conference is divided 50/50 between delegates from Constituency Labour Parties and those from affiliated organisations—mostly trade unions.

So although affiliates have many fewer delegates than CLPs, their votes end up carrying much more weight.

A relative handful of trade union delegates, usually following the instructions of their union leaders, can defeat thousands of Labour Party members from CLPs.

This reflects the role of union leaders inside the Labour Party. Unions founded Labour in 1900 to do in parliament what they did in workplaces—mediate between the bosses and workers.

Sometimes they have clashed with MPs—but ultimately, because they also see electing a Labour government as the way to get social change—they protect MPs’ power over members.

One very recent example of this came at a Labour conference in 2018.

Party members wanted the right to “reselect” MPs ahead of elections.

But union delegates—including those from Unite, who claimed to be on the side of the members—used their block vote to thwart it.