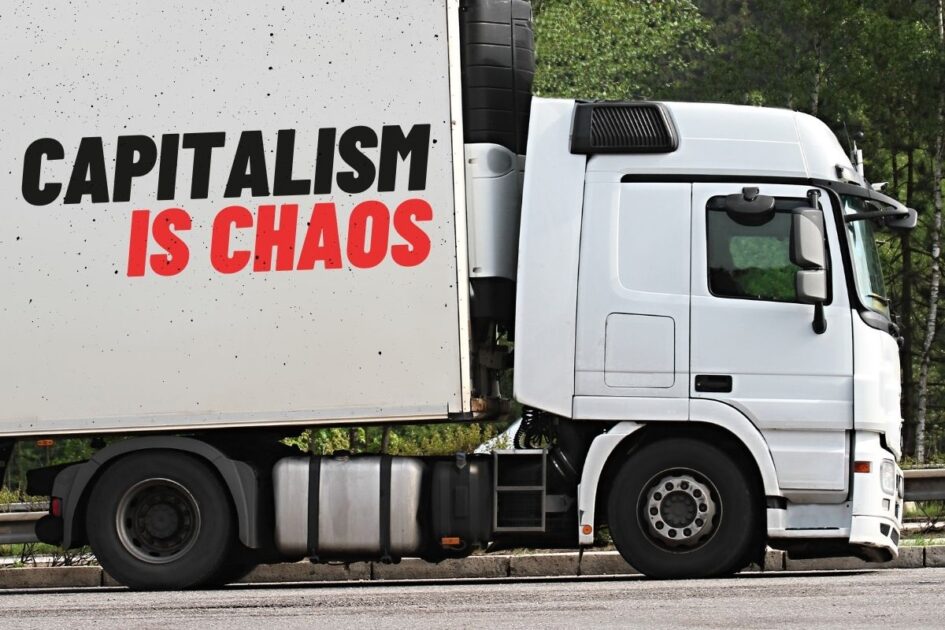 Labour shortages are an increasing problem across the world and across a range of industries. These are simply one expression of the acute crisis of capitalism today.

As if there weren’t enough problems facing the capitalist class already, they are now having to grapple with the growing problem of labour shortages – seemingly too many job vacancies, but too few workers to fill them.

Indeed, in some industries these shortages are proving to be almost crippling, and are a key contributing factor to the problem of collapsing supply chains.

The capitalists lay the blame for this on the devastating impact of the pandemic. This dislocated the entire world economy, which has still not recovered, and which may never return to ‘normal’.

But the real blame lies with the capitalist system itself – a crisis-ridden, anarchic system, which is incapable of providing for society’s needs. 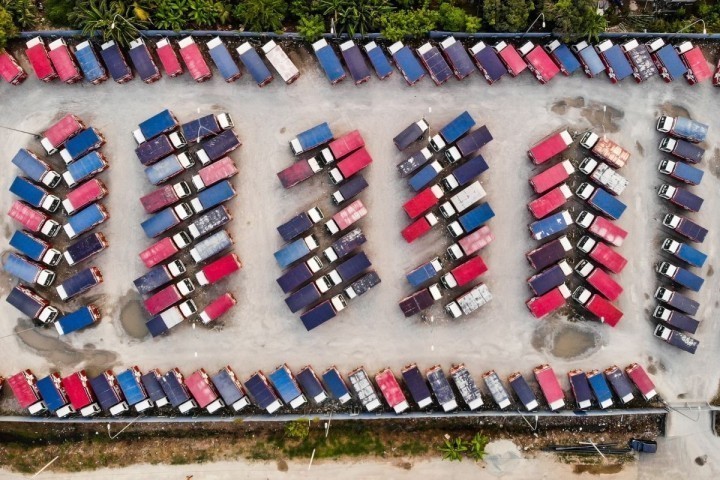 In recent months, this problem has been most sharply felt in Britain, where a shortage of HGV drivers has spiralled out of control. There is now a shortage of more than 100,000 drivers in the UK, out of a pre-pandemic total of about 600,000 drivers.

In part, this was compounded by the issue of Brexit. Of this 600,000, tens of thousands were drivers from the EU. With new restrictions on freedom of movement following Brexit, the ease of living, working, and travelling between mainland Europe and Britain has become increasingly complicated. This has cut across the steady supply of EU migrants that many British businesses relied upon.

This existing driver shortage has also been exacerbated by a huge backlog in HGV driver tests, since 28,000 tests were cancelled over the course of the pandemic. It takes almost a year to qualify as an HGV driver, so this backlog won’t be cleared any time soon.

But one of the most fatal causes is simply the devastation of the haulage sector over many years. Conditions and pay have been ground down, with long hours, no bathroom breaks, and poor treatment at depots becoming the norm.

These poor conditions have long hampered recruitment, resulting in an aging workforce, with over half of drivers being over 45-years-old.

It was only recently – after months of begging from the Road Haulage Association, logistics companies, and supermarket chains – that the Tory government finally relented and issued 5,000 short-term visas. But these are only valid until February.

This is like a sticking plaster on a gaping wound. In fact, for the time being, the government has had to resort to bringing in the army to drive petrol lorries, following severe shortages.

This recent fuel crisis saw mile-long queues, with caravans of cars following tankers around in a desperate search for petrol.

These labour shortages are not unique to haulage – although this sector epitomises the problems facing many businesses.

A lack of workers is also affecting the food industry. Farmers cannot find workers to pick vegetables, which are rotting in the fields. There is also an estimated surplus of 100,000 pigs, due to a huge shortage in skilled butchers at abattoirs, with many animals being prematurely slaughtered as a result.

Even white-collar professions have not gone untouched, with shortages at top accountancy, law, and consulting firms. And given the high demand for all types of workers, there is now a shortage of job recruiters too!

But this problem of severe labour shortages is not just affecting Britain. It is a global trend, which is beginning to hit one country after another. Clearly, therefore, other factors must be at play other than Brexit.

In the United States, there are shortages across a wide range of industries, particularly in manufacturing and retail. One clothing company owner even remarked: “In more than 30 years in the retail business I have never seen anything like this before.”

In Canada, consulting firm Deloitte estimates that over 30% of businesses face labour shortages. These are especially high in the manufacturing and construction sectors. And a report by the EU has identified shortages of workers in construction, engineering, software development, and healthcare.

Even the lucrative Australian mining industry has been hit by shortages of skilled workers, as have other sectors in the country.

Elsewhere, 62% of Czech businesses have reported a long-term lack of workers for advertised jobs. And Singapore has been particularly hit by labour shortages, especially in the restaurant sector. 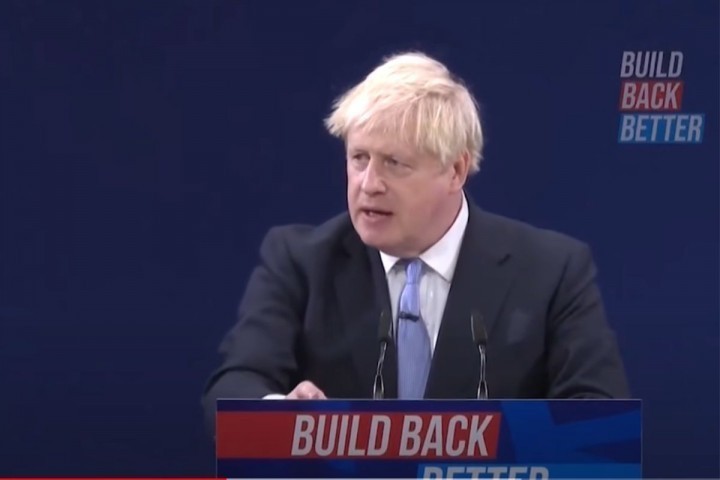 One country after another faces these shortages of workers. Yet the capitalists and their media are generally trying to paint this as a series of isolated problems – one affecting particular industries in particular countries.

But this is clearly a general, global trend, and increasingly cannot be ignored as such.

As per usual, however, big business politicians are sidestepping the problem.

In a blustering speech at the recent Conservative Party conference, for example, Boris Johnson called on business to overcome the problem simply through increasing wages:

“That’s the direction in which the country is going now,” the UK Prime Minister asserted, “towards a high-wage, high-skilled, high-productivity and, yes, thereby a low-tax economy.”

Similarly, when pressed on the question of labour shortages, President Joe Biden’s response was “pay them [workers] more”.

These are hollow calls. It is precisely the capitalist system that both men defend that is ultimately the root cause of this issue. 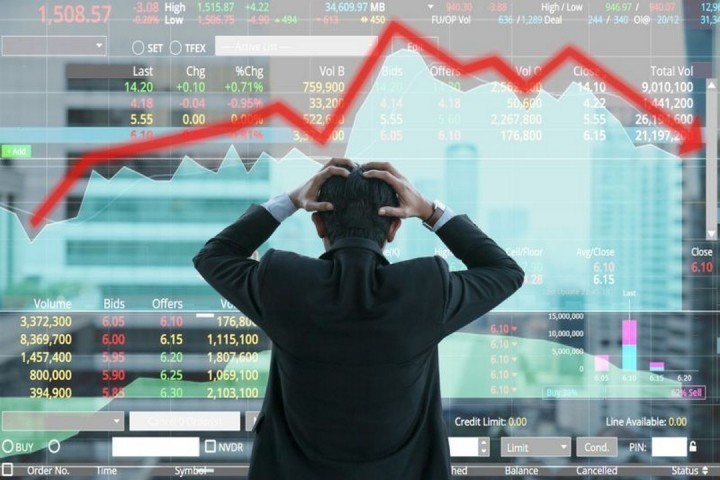 This is not to deny that there are factors that exacerbate this problem, such as Brexit or the pandemic. But these act more like catalysts for the underlying problem: the long-term decline and decay of capitalism.

For decades, the capitalists have refused to actually invest in industry and infrastructure, or education and training; or to pay higher wages to attract new workers into vital industries. Instead, they have attacked wages and conditions, in order to boost their profits in the short term.

In many sectors, the bosses have relied on cheap, hyper-exploited, migrant labour in order to fill positions, drive down pay and conditions, and make super profits. But the restrictions on free movement internationally due to the pandemic (and Brexit) cut off this supply, causing convulsions throughout the system.

When economies reopened and demand shot up, many companies were unprepared. They either went bust, or found that they had overworked and burnt out their remaining workforce, with many quitting these jobs or switching careers.

Increasingly, given the current crisis, companies facing the worst labour shortages are now being forced to increase pay and entice workers back.

The US Bureau of Labor Statistics, for example, has revealed that the average hourly earnings of all private sector employees in the country rose to $30.85 in September. Similarly, HGV drivers in Britain are being offered pay of £60,000 or more, along with sign-on bonuses, in order to sign up.

Any extra costs, the bosses hope, will be passed onto consumers. This, in turn, has provoked fears of a return of ‘stagflation’ – rising prices alongside stalling economic output.

In any case, the bosses’ desperate response is a case of too little, too late. The short-termism of the capitalists is coming back to bite them. And the anarchy gripping the global economy shows no signs of letting up any time soon.

All of these factors have been compounded by an increase in the number of workers who are now deciding to change career, or to leave unrewarding jobs and stressful industries.

The sharp shock of the pandemic and imposition of national lockdowns clearly had a huge impact on many workers’ consciousness. The disruption to their day-to-day lives confronted many with the fact they are simply unhappy with their job, their location, and their life.

This is also leading to a so-called ‘great re-evaluation’, with workers choosing to switch to industries that offer them greater job satisfaction or higher pay.

One recent survey across five countries and a range of industries by consultancy giants McKinsey, for example, found that 40% of workers said they were at least somewhat likely to quit their job within the next three to six months.

In America, the same report states, over 15 million workers have already quit their jobs since April. And a study of workers in the UK and Ireland revealed 38% of those surveyed were planning on quitting their current job within the next 6-12 months.

4.3 million Americans quit their jobs in August — a record high.

Indeed, the furlough scheme in the UK and stimulus cheques in the US meant that many workers were actually getting paid more for staying at home than they would in normal circumstances. In such a situation, why would you return to a job that offers nothing but low pay and long hours?

This great re-evaluation and shift between industries has also been aided by the fact that the pandemic has revealed to many the true value of their labour – showing who it is that really keeps the whole of society running.

Being deemed ‘essential’ or ‘key’, publicly applauded for fighting on the frontline or maintaining vital services, has shown many workers that ultimately the bosses need them more than they need the bosses.

For planning, not profit

All of this reflects the general malaise of the capitalist system – a system whose foundations are so fragile, that all it takes is a few knocks to send it spiralling into chaos and collapse; a system in which you have the absurd contradiction of labour shortages alongside high unemployment.

Under a socialist planned economy, with democratic workers’ control and management, such crises and contradictions would easily be resolved.

With investment in technology and automation, the hours of the working day could be dramatically reduced for all. Any remaining work would be shared out, without any loss of pay.

Lifelong training and education would be a matter of course, allowing obsolete industries to be shut down, with workers’ transitioning to new roles, rather than being thrown onto the scrapheap of the free market’s so-called ‘creative destruction’.

Changing careers would create no tensions or uncertainty. Workers – in control of workplaces and the wider economy – would be paid a real living wage, and would feel respect and dignity in their work.

But such a society will not come about on its own; nor will it evolve naturally from the decaying capitalist system. It must be consciously fought for.

Only through a revolutionary socialist transformation of society can the chaos and anarchy of capitalism be ended once and for all.