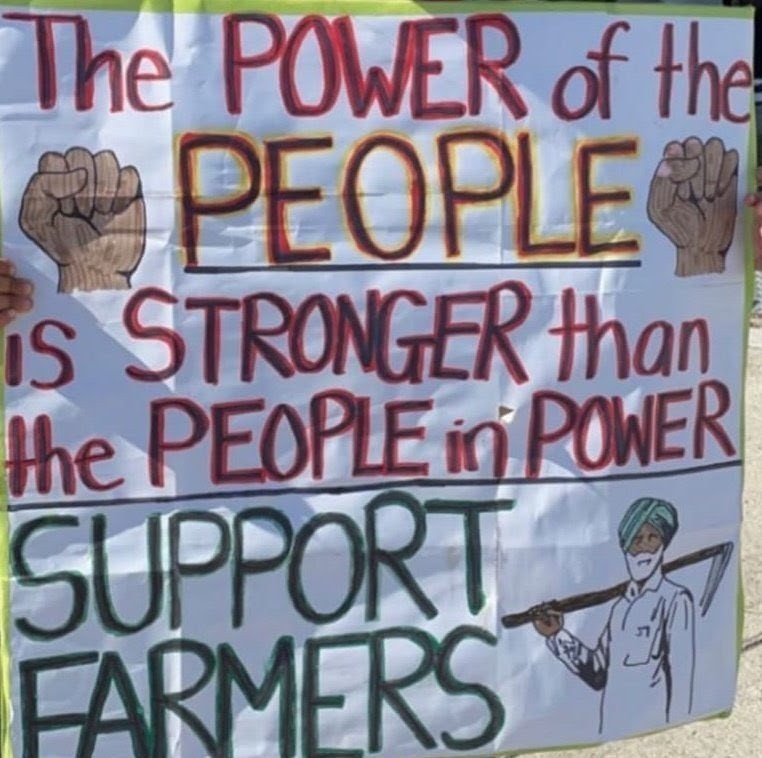 Samyukt Kisan Morch (SKM), the umbrella body representing multiple farmers’ unions, stated: “One of the four slain farmers was shot dead by Ashish Mishra during the incident, while the three other farmers were killed by the vehicles.” (CBS News, Oct. 7) Lovepreet Singh, one of the farmers who was mowed down at the demonstration, did not receive adequate medical care while being transported via ambulance and died before reaching the hospital. (Tikri Updates Twitter, Oct. 5)

As previously reported by Workers World, the fascist BJP continues to use violence and terror to crush the farmers’ protests in India. However, the farmers continue to respond to the government’s repression with acts of resistance. (Workers World, Feb. 3) Dr. Darshan Pal, President of Krantikari Kisan Union stated that the farmers at Lakhimpur Kheri endured a state-sanctioned terror attack and asserted that “SKM will fight this battle till the end.” (The Wire, Oct. 9)

Joginder Singh Ugrahan, President of Bharatiya Kisan Union (Ekta Ugrahan) said that BJP’s tactics have become increasingly barbaric, and that it is now resorting to murder as a desperate attempt to end the farmers’ movement. He states: “[I]t is clear that the government has retreated to its last resort of violence. But let me also admit that we will give a befitting reply to this government. Neither will we back off nor will we be intimidated.” (The Wire, Oct. 9)

Since the brutal Lakhimpur Kheri Massacre, the farmers have planned a number of

actions to counter state terror. SKM announced that farmers’ unions will hold remembrance ceremonies for the farmers murdered by the state during the Lakhimpur Kheri massacre Oct. 12.

During the occasion of Dussehra [marking the victory of good over evil] on Oct. 15, SKM declared that people should “burn the effigies of anti-farmer BJP government symbolised by Prime Minister Narendra Modi, Union Home Minister Amit Shah and any local leader.” (The Wire, Oct. 9) SKM also stated that a “Rail Roko” (train stoppage) will be held throughout India Oct. 18.

The farmers are not alone in fighting against the repressive BJP. Members of the South Asian diaspora have held demonstrations in solidarity with the farmers. In Canada, Britain, and the U.S., protesters have gathered outside of Indian consulates calling for justice for those brutalized by the state during the Lakhimpur Kheri Massacre.

The Boston South Asian Coalition released a statement supporting the farmers’ protest, saying in part: “As the ruling elite, backed by corporate power, are becoming increasingly brazen with abusing state machinery against the people of India and its ecology, the farmers are fighting to safeguard every citizens’ right to live with dignity and to protect the environment for everyone.”

Indeed, the farmers’ achieving their demands would be a victory for all oppressed

people. The revocation of the farm bills would be a direct attack against capitalism and would expose the fragility of the ruling class. It would demonstrate that workers engaging in a collective and coordinated struggle can pave the way toward revolution.

Already, farmers in India have proven they refuse to accept anything less than the demands they laid out over a year ago, when the protests began. As state-sanctioned terror targeting the farmers intensifies, we must lend support whenever possible. Solidarity with the farmers in India! Kisan mazdoor ekta zindabad! Build a workers’ world!