LandBack is leading to real victories 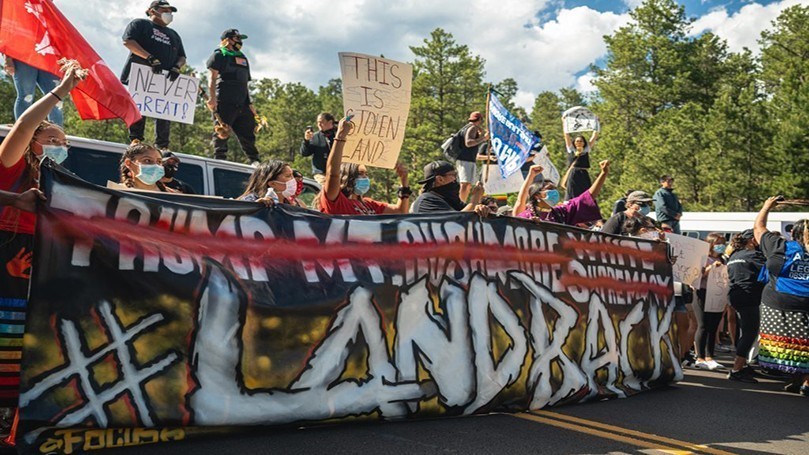 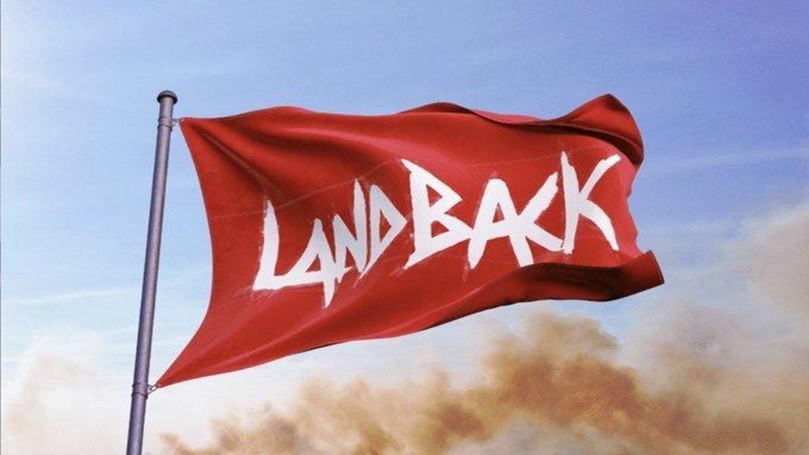 Over the years there has been an ever-growing Native American movement to reclaim land stolen over the centuries. This struggle has been ongoing for decades but has picked up speed with successes over the past few years.

Some of the recent history of this movement is in order. The LandBack movement was officially begun in 2018 by Aaron Tailfeathers, a member of the Kainai Tribe of the Blackfeet Confederacy of Canada. LandBack rapidly became a hashtag on clothes, beadwork, and other art.

In 2020 in response to protests at Mount Rushmore the Indigenous organization NDN Collective drafted the LandBack Manifesto entitled: “The Reclamation of Everything Stolen from the Original Peoples.” The LandBack campaign was officially launched on Indigenous Peoples’ Day in 2020. The Manifesto covers land, language, ceremony, food, education, health, governance, medicine, and kinship. 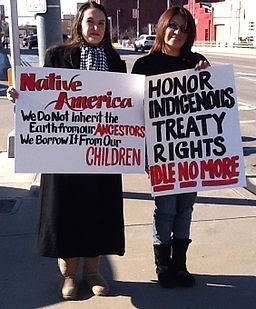 But the basic LandBack issue is simple: “Give us the land back.” For many and perhaps most of the Indigenous, getting the land back is first one of economics, as the stronger an Indigenous nation is economically, the stronger it is in all other aspects of its existence: working at well-paying jobs, maintaining language and tradition, being able to hunt, engaging in farming, accessing clean water, building schools and adequate, sustainable housing, strengthening sovereignty, and expanding jurisdiction. All the above are also morale and spiritual builders. So far, campaigns have been directed at public lands, including national parks and, where feasible, private lands. These objectives have not sought the vacating of anyone’s home.

But again, first it is about getting Indigenous lands back into Indigenous hands while working on all the other issues. There are so many facets to this struggle. This fight is not new but one that has been dreamed about and pursued in various ways for centuries, indeed since colonial times. The difference now is that more attention is coming from non-Native society. Indigenous activists are seizing the time to increase and strengthen demands. Also, LandBack campaigns are taking place not just in the U.S. but in Canada and in the Mapuche struggle in Chile.

The objective is decolonization of the land

There are specific, striking examples of lands heading in the direction of decolonization and being placed under Tribal jurisdiction. Each tribal landback issue is unique. But each Indigenous nation’s fight is part and parcel of a broader struggle by Native people across North America and beyond. The following examples illustrate the complexity, diversity, and similarity of these struggles. Again, these quests are directed mainly at federally held land.

In 2015 the Mashpee Wampanoag reclaimed 300 acres of ancestral land after decades of efforts. The acreage was placed in federal trust status, which meant that the land could not be taken away without federal approval. This gave the tribe sovereignty over the land, enabling it to build housing and a school and have a tribal police force on the land. Subsequently, in a shocking about-face, the federal government under Trump reversed this decision and the land’s ownership was in legal limbo. But, on December 22, 2021, the Biden Interior Department under Deb Haaland reversed the Trumpite decision and reinstated the Mashpee Wampanoag Reservation. A great victory for Native America!

In 2020 the Haudenosaunee (Iroquois) of the Six Nations set up a roadblock on 1492 Land Back Lane to shut down a housing development on their unceded land in Ontario.

In July 2020 the Esselen Tribe purchased a 12,000-acre ranch near Big Sur, California, as part of a multi-million dollar deal. This reclamation of traditional lands protects old-growth forest, wildlife, and the Little Sur River, which brings up another point — the LandBack movement protects the environment and nature.

The Prairie Band Potawatomi Nation is laying claim to land in Illinois. Keep in mind that Chicago sits on Potawatomi land.

There is a demand by the Lakota people for the closure of Mount Rushmore and for the return of all public lands in the Black Hills to the “original stewards.”

Other notable examples of land reclamation include the 2020 transfer of 11,760 acres of forest service land in the Chippewa National Forest to the Leech Lake Band of Ojibwe to be held in trust under the Leech Lake Reservation Restoration Act. 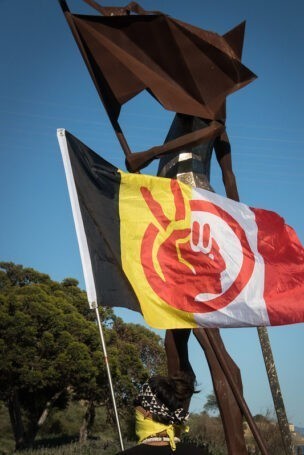 In March, the Passmoquody Tribe with a grant from conservation organizations raised $335,000 to purchase ancestral Pine Island in Maine.

Also, the dismantling of dams on the Klamath River was seen as a LandBack victory for the Yurok and Karuk Tribes.

In 2004 the Wiyot Tribe accomplished the return of an ancestral island that had been lost as a result of a massacre in 1860. The Eureka City Council transferred the land back to the Tribe. This was a century-plus long battle. The Wiyot had lived for thousands of years on Dulawat Island in Humboldt Bay on California’s northern coast. In 2006 the City Council transferred another 60 acres to the Tribe to add to land already purchased by the Wiyot.

This brings up the point that many tribes are using gaming money to purchase land illegally taken. This is a gross insult, as the tribes should not have to purchase back land that has been stolen. The federal government should provide funding for restoring stolen land.

The LandBack movement can realize victory in a variety of arenas including the court system. A prime example is the momentous McGirt decision that reestablished the reservations of the Five Tribes in Eastern Oklahoma encompassing 19 million acres.

There are also numerous Land Back bills pending in the legislative process including the Eastern Band of Cherokee Historic lands Reacquisition Act, the Pala Band of Mission Indians Land Transfer Act of 2021, the Old Pascua Community Land Acquisition Act, the Catawba Indian Nation Lands Act, and many others.

As the political landscape changes, the LandBack movement gathers momentum as never before.

Palestine: What Were the Top BDS Victories of 2021?

China and Africa: The Real Story of Western Hypocrisy