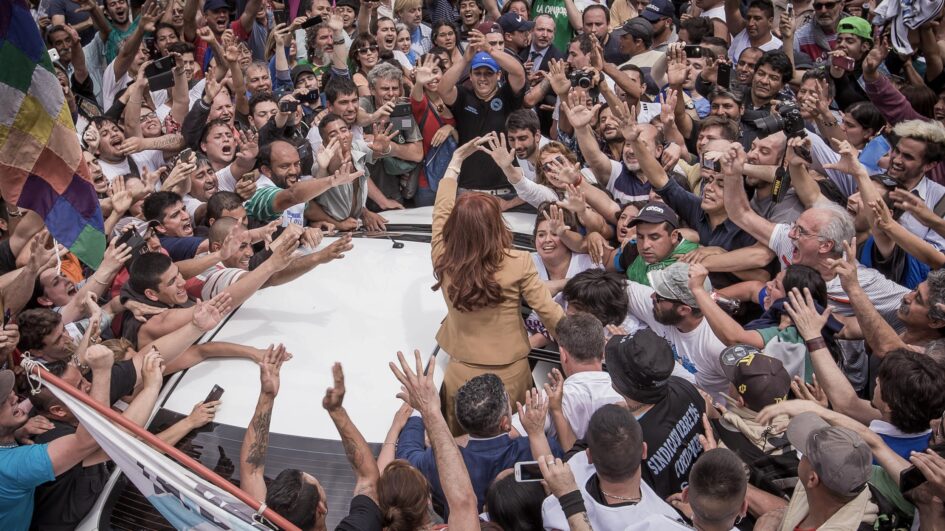 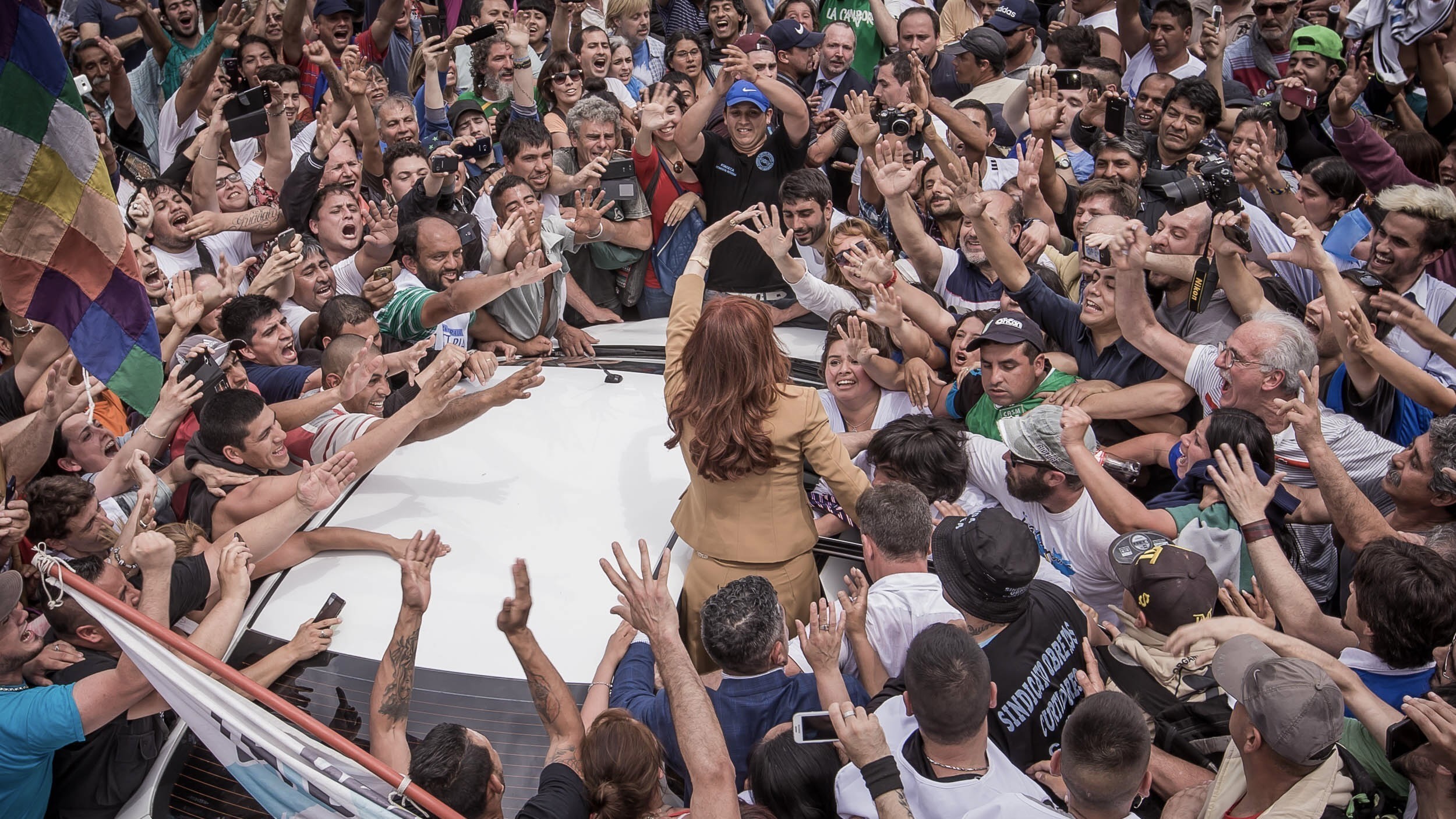 A three-judge panel found Fernández de Kirchner –who was Argentina’s president for two terms between 2007 and 2015– guilty of “fraudulent administration” and diverting nearly 1 billion USD in government funds through public works contracts during her presidency, but rejected another charge of running a criminal organization.

The verdict corresponds to the trial known as the Road Management Case, in which VP Kirchner was accused of having formed an “illicit association” with 13 others to irregularly award 51 overpriced public works contacts in the province of Santa Cruz between 2003-2015 to a company belonging to businessman Lázaro Báez and share that surplus. Báez was a friend and business associate of Fernández’s late husband and former president, Néstor Kirchner (2003-2007). Eight of Kirchner’s co-accused, including Báez, were also found guilty and sentenced to between six, three and a half years in prison. Three were released and another had their case dismissed.

“A Parallel State And Judicial Mafia”

The former president had rejected and denied these accusations during three years of hearings. In a live stream after the verdict was announced, Kirchner, 69, reiterated that the charges and proceedings against her were politically motivated. She denounced that the sentence against her originates from a “lawfare”, a common form of “political warfare” in the region that involves politicians, the judiciary and the media working together with a view to smearing leftist leaders as corrupt.

She also denounced the existence of “a parallel state and judicial mafia” that prosecuted and sentenced her for crimes she did not commit.

“I absolutely proved that according to the Constitution, I did not manage the laws or the budget that was approved by legislators. They say that I committed a crime through the sanction of laws, but I did not legislate or sanction the laws. And the President of the Republic does not administer and execute the budget either,” said VP Krichner in her defense.

She added that the ruling used a Necessity and Urgency Decree (DNU) to prove the offense that supposedly favored the businessman Báez, which was previously endorsed by Congress.

Last week, on November 29, the former head of state condemned that she was not facing a trial but was before a “true firing squad” whose objective is to stigmatize Peronism. She also warned that a guilty sentence against her had been written from the beginning.

“This is not a court, but a firing squad,” she said and added that “as I said on December 2, 2019, at the beginning of this trial, the sentence is already written. What I didn’t know is that it was so badly written and that the accusations were a series of lies and even facts that didn’t exist.”

In September, following the assassination attempt against her, she said that “they want me dead or imprisoned,” while denouncing hate speech and aversion expressed to her in the media by the opposition forces.

It is unlikely that Kirchner will serve prison time as she has immunity due to her government roles as both vice president and head of the Senate. Additionally, she has the right to appeal the verdict. The ruling can first be appealed to the Chamber of Cassation, and in the second and last instance, the decision will end up in the hands of the Supreme Court of Justice. Further proceedings could drag on for at least one year. Under Argentine law, her right to serve and run for public office remains intact until all avenues of appeal have been exhausted.

If the processes are expedited, it is possible that the vice president could have a final conviction between the middle or end of next year. If the conviction against her is held in both courts given the lawfare, the hurry would make more sense because Krichner has not yet ruled out the possibility of running for the presidency in the 2023 elections.

Additionally, it is worth noting that the verdict came in the midst of a scandal over a controversial and secret meeting between judges, media businessmen and public officials from opposition conservative parties. On Sunday, December 5, chats between judges, businessmen, government officials and ex-intelligence agents to cover a trip in a private charter to Lago Escondido were leaked. The event took place in October of this year where judges, such as Julián Ercolini who was a part of the Road Management Case; businessmen, including legal advisor of the media group Clarín, Jorge Rendo; and government officials, such as the Security Minister of the capital Buenos Aires, Marcelo D’Alessandro, participated and met with former right-wing President Mauricio Macri in the mansion of the English billionaire, Joe Lewis.

On Monday, December 5, Argentina’s president, Alberto Fernandez, in a nationally televised speech, announced that he would open an investigation into the meeting to look into the purpose of the trip, the participants and its financing.

According to reports from local media, many of those involved are alleged to have conspired in launching nefarious, politically motivated, judicial, political and media campaigns against the ruling government of left-wing Frente de Todos coalition to destabilize it and create a political crisis in the country.

The lawfare against Argentina’s most prominent and loved Peronist leader and one of the towering figures of Latin America’s political left evoked widespread condemnation in the country as well as in the region.

Within a few hours after the sentence was announced, hundreds of people took to the streets of Buenos Aires and demonstrated outside the headquarters of the Federal Courts and the Congress to express their support for VP Krichner and reject the sentence against her.

Members of social organization, trade union and left-wing political groups remained in the streets for hours. “Everyone is with Cristina,” “Enough of lawfare,” “Enough of Macrista judges and prosecutors,” “Judicial reform now,” read some of the banners and placards at the demonstrations.

The guilty sentence against the Argentine Vice President unleashed a wave of solidarity and rejection messages from leaders across Latin America.

Argentine President Alberto Fernández rejected the sentence against his vice president, saying that “an innocent person has been sentenced, a person whom the media tried to stigmatize and complacent judges prosecuted.”

Bolivian President Luis Arce expressed his country’s “solidarity with sister Cristina Fernández de Krichner, who is sought to be banned from political life with an unjust sentence.” “We are sure that the truth will prevail over any attack against the dignity of the peoples and democracy in our Great Homeland,” added Arce.

Cuban President Miguel Díaz-Canel also rejected the “politically motivated judicial processes” and showed his support and solidarity for Krichner “against the judicial and media harassment” she had suffered.

Honduran President Xiomara Castro also expressed “solidarity and support with Cristina Fernández de Krichner, who now faces the attack of “Lawfare” after surviving a failed assassination attempt against her,” adding that “the truth will prevail as well as the will of the Argentine people that supports you.”

Mexican President Andrés Manuel López Obrador also expresses his “broadest solidarity with Argentine Vice President Cristina Fernández,” adding that he has “no doubt that she is the victim of political vendetta and anti-democratic vileness of conservatism.”

What is behind the attempted murder of vice-president Cristina Kirchner?