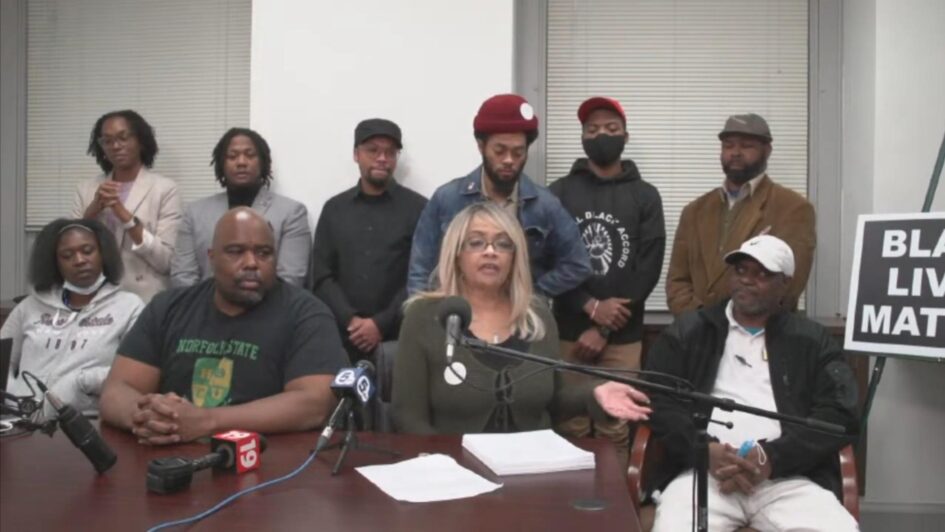 Throughout Ohio, many police officers are not compliant with their Continued Professional Training, meaning they are not authorized to serve as police in any capacity. On Nov. 29, community leaders in the Greater Cleveland area held a press conference to announce a mandamus filed in the Supreme Court of Ohio, demanding non-compliant officers be held accountable.

The mandamus was filed by Mariah Crenshaw, CEO of Chasing Justice LLC, and long-time fighter for civil rights and police accountability in Ohio. The lawsuit calls upon Ohio Attorney General Dave Yost and others to enforce the state laws that demand officers who do not comply with their CPT cease functioning as police.

Officers who fail to perform their required CPT hours are placed in “cease function” status, according to Ohio Revised Code 109.803. The enforcement of this law requires that non-compliant officers “shall cease carrying a firearm and shall cease performing the functions of a peace officer or trooper until such time as evidence of compliance is filed with the executive director.”

Despite what’s written in the Revised Code, this law goes unenforced across Ohio. Crenshaw and her team first discovered the crisis of non-compliance and lack of oversight while representing residents of East Cleveland in their struggle against a crooked cop back in 2017. Their investigation found a “cease function” letter on-record for the officer while he was serving.

This event inspired the ongoing investigation into non-compliance, which has uncovered a state-wide crisis. According to the mandamus:

Relator [Crenshaw] found hundreds of agencies throughout the state which had received thousands of dollars in reimbursements funding had not compiled with statutorily mandated hours of critical areas of continued professional training requirements,

Thousand of public records obtained from agencies and the state, reflected since 2007 when legislation was enacted, agencies had reported on continuing professional training rosters compliance with no supporting documentation […]

Several high-profile police killings in the Greater Cleveland area were carried about by non-compliant officers. Timothy Loehmann, the officer who killed Tamir Rice, was not compliant with his CPT yet he was not indicted for the death of Rice.

Matthew Rhodes, the officer who killed Luke Stewart, was also non-compliant. But he was shielded from a grand jury indictment by qualified immunity. Stewart, an unarmed Black man who was sleeping in his car, was shot and killed by Rhodes of the Euclid Police Department in March 2017.

“Without those records, it is real simple: they are not police under Ohio law,” said Crenshaw, “and we will not accept another murder in the state Ohio by an unlicensed uncertificated person who is unlawfully engaging in law enforcement.”

Additionally, Crenshaw stated in the press conference that $50 million paid to police departments has gone missing since 2007. The money that was meant to be paid in reimbursement for officer training is unaccounted for.

This lawsuit highlights the widespread failure of Ohio state and local governments to provide citizens safety and social order.