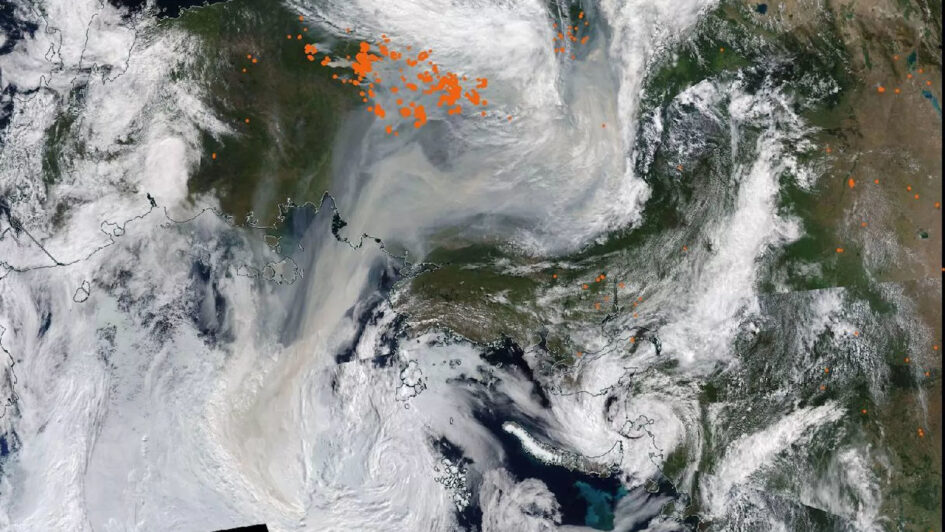 The second draft of the IPCC Group III report, focused on mitigation strategies, states that we must move away from the current capitalist model to avoid surpassing planetary boundaries and climate and ecological catastrophe). It also confirms our previous reports, covered by CTXT and The Guardian, that “greenhouse gas emissions must peak in the next four years”. The new leak acknowledges that there is little or no room for further economic growth.

The undersigned scientists and journalists have analyzed a new part of the Sixth Assessment Report, which has been leaked to us by the same sources as last time—Scientist Rebellion and Extinction Rebellion Spain. In this leak the usual more timid positions can be found, but also prominent statements that would have been unthinkable not long ago.

To contextualize, let’s just remember: In 1990, the First IPCC Report stated that, “the observed increase [in temperature] could be largely due to natural variability”, and although subsequent reports put this position to rest, this Sixth Report eliminates any possibility of doubt, and leaves no room for the climate denial arguments which have been historically and amply financed by those who had the most to benefit from maintaining this narrative: the fossil fuel lobbies.

The leaked report mentions that indefinite growth must be renounced. Since radical transition is required, the key question is how can a shift away from models of perpetual growth be understood as a benefit and not merely relinquishment? Any transition must take into account historic differences in emissions between countries, differences between rural and urban worlds, and above all, the tremendous growing economic inequalities between the poor and increasingly obscenely rich. If these three dichotomies are not addressed, any transition will have more opposition than support, as the draft literally sets out:

Lessons from experimental economics show that people may not accept measures that are considered unfair, even if the cost of not accepting them is higher.

Even if a change of course is achieved, the scientists warn: “transitions are not usually smooth and gradual, they can be sudden and disruptive.” They also note “the pace of transition can be impeded by ‘lock-in’ from existing capital, institutions, and social norms”. The report emphasizes how important it is to understand these sources of inertia, stating that “the centrality of fossil energy in economic development in the past 200 years raises obvious questions about the possibility of decarbonisation”.

Policies favoring fossil fuel companies have extracted the common wealth—our air, forests, land…—and put that wealth in the hands of a small minority. Therefore, green policies must be redistributive at a time when inequality is spiraling. One of the measures proposed to reduce the regressivity of carbon prices is the redistribution of tax revenues in favor of low and middle incomes. But as anthropologist Jason Hickel states: anything short of a binding cap on fossil fuel extraction, with declining annual targets that will wind down the industry to zero, is just hand-waving.

Significantly, although many have made similar comments before, the report gives prominence to the view that not only is climate change caused by industrial development, but that “the character of economic development produced by the nature of capitalist society … [is] ultimately unsustainable”.

We can have good lives while consuming less, but capitalism is unlikely to sustain itself without growth. The report comes to conclude that “current emissions are incompatible with the Paris Agreement, so it is absolutely mandatory to reduce them in an immediate and forceful way.” Figure SPM.6 Aggregate GHG emission outcomes of NDCs [nationally determined contributions] and long-term mitigation pathways consistent with global temperature limits. Shown are emissions ranges that would emerge from the implementation of current unconditional and conditional NDCs (grey bars) and global pathways from AR6 scenario database that can be grouped into 6 types: Pathways with near-term emissions developments in line with (1) current policies and (2) NDCs respectively, and extended with comparable ambition levels beyond 2030; Pathways holding warming below 2°C (66% chance) with near term emissions developments reflecting (3) ambition levels in current NDCs and (4) a gradual strengthening of mitigation action beyond NDCs, respectively, and; Mitigation pathways undertaking immediate action from 2020 onwards towards (5) holding warming below 2°C (66% chance) and (6) limiting warming to 1.5°C by 2100 with low (<0.1°C) overshoot (50% chance), respectively.

The drastic decrease in emissions which are essential, are impossible to achieve in the short term with the current model, with its assumptions about growth in energy consumption and material use.

Moreover, the report links emissions reduction with the achievement of the 17 Sustainable Development Goals, agreed in 2015 for the UN, to be met by 2030. Despite the existing contradictions amongst the 17 SDG, we also find unquestionable aims, such as reducing inequality and protection of biodiversity, mixed with a more controversial one within the same report: to promote sustainable economic growth.

If in 1990 the debate was still about the causes of climate change, 30 fruitless years later the debate is centered between those who believe that we can continue to grow and reduce emissions at the necessary pace, and those who see this as another type of denialism, more subtle, but which in the end benefits and is defended by the same people who once questioned the origin of global heating. The question is, as usual: who stands to gain?

The report states that “mitigation and development goals cannot be met through incremental change”. Some argue that you can continue to focus on growth, because technologies could be developed to reduce concentrations of greenhouse gases in the atmosphere. But such technologies (e.g. Carbon Capture and Sequestration) are not materializing as promised. To continue to rely on unproven technologies while arguing for unconstrained growth—while ecosystem carbon sinks are in decline, climate tipping points are being breached, and the climate is heating and destabilizing—is at best folly and at worst criminal.

Why has so little changed? The report highlights an “organized hypocrisy”, in which agreements and statements do not match actions, presenting one of the most dangerous barriers to genuine mitigation. The report argues that Covid-19 could teach the world many lessons, with the costs of prevention and preparatory actions being minimal compared to the costs of unmitigated impacts. The analogies with the climate crisis are clear. Delaying measures will have increasing costs that will be very difficult to bear. If action is not taken soon, the challenges will increase in a non-linear fashion and with unforeseeable consequences. What are the implications of all this? First, given the evident contradictions in the concept of sustainable growth, it will only be possible to speak of any form of development if GDP as a measure of wealth is abandoned. The only sustainable growth is horizontal, not vertical, with the goal of reducing inequality.

Third, cooperation rather than competition is the key to explaining the great evolutionary leaps, as the microbiologist Lynn Margulis demonstrated. We now face a precipice caused by the intersection of ecological and climate crises. Only if we cooperate, if we understand that we share so many things—among them the atmosphere—will we be able to avoid the fall.

On the brink–the scenario that the IPCC is not modelling