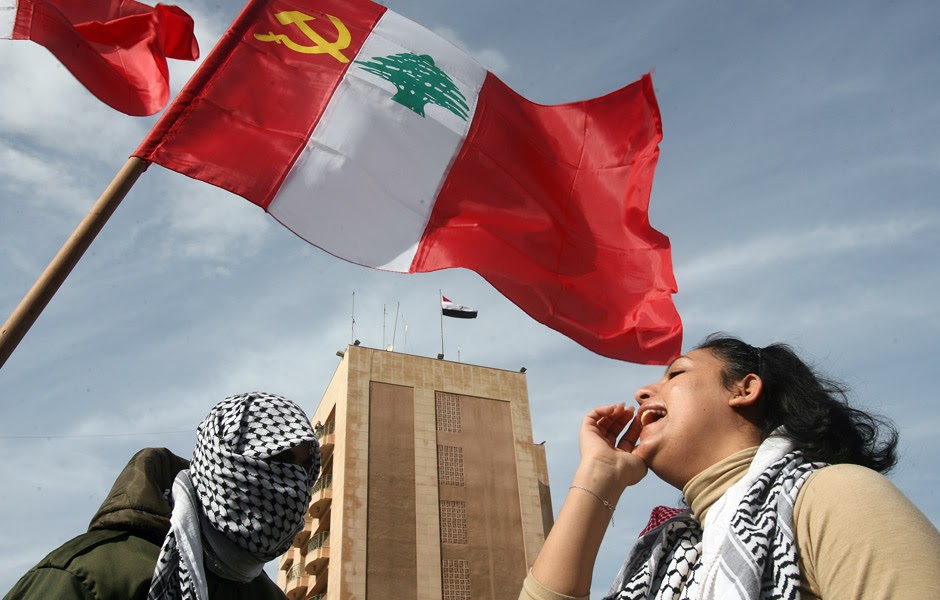 In a letter published in solidnet.org, the Lebanese Communist Party shares information about the latest developments in the country, a year after the huge explosion in Beirut port. The letter reads:

We send you this letter to inform you about the latest developments
in Lebanon, especially after the brutal attack by the “Lebanese Forces”,
a fascist party/militia in Lebanon against the demonstrators during the
commemoration of the 1st anniversary of the Beirut port huge explosion on August 4th of 2020.

The Lebanese Communist Party participated in the commemoration that
consisted of 5 demonstrations from different regions of Beirut, all
meeting at the Beirut port, beside the Committee of the Families of the
Dead and Injured during the blast, several left wing and secular forces
and groups and trade unions. In one of the demonstrations, the gangsters
of the “Lebanese Forces” (LF), attacked the people with knives, sticks
and rocks when they passed near one of their offices in Gemmayzeh area
in Beirut.

The attack led to 20 injuries, out of which 7 were hospitalized,
including one severe injury. One of the victims (Mazen Abu Zeid) was
stabbed three times in the chest, lungs and back and was hit by sticks
on his head and face. He underwent 3 operations and still rests at the
hospital for 7 consecutive days.

Those acts are murderous fascist attacks against communists, left and
democratic forces that represent a threat to peace and stability in
Lebanon, and reflect a political decision by the ruling parties to
oppress and brutalize the people who are protesting against the regime
and its policies, and who are demanding to lift the immunities off the
Ministers and MPs who were called into the investigation about the
Beirut port explosion.

We ask all of our comrades and friends to express their solidarity
with our party, our people, and with the mass movement struggling for
change, accountability, secularism and social justice in Lebanon.

We will send you a video summarizing and revealing those brutal
attacks, and we send you links to three of our latest statements about
those developments:

On behalf of the Political Bureau of the LCP