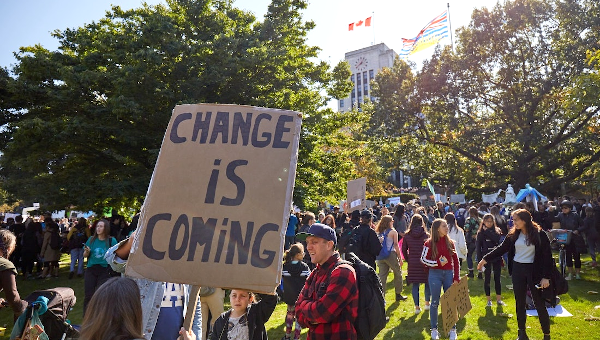 As rents continue to spiral out of control amidst multiple intersecting societal crises, is Vancouver ready for a political revolution? Some local socialist organizers think so, and they’re making plans to elect some of their own to City Hall.

Taking a page from Barcelona in Common, the insurgent left platform that elected and then re-elected feminist mayor Ada Colau, the Democratic Socialists of Vancouver (DSoV) are launching a pre-election platform process ahead of this year’s municipal elections. “Vancouver For All” is a grassroots, participatory platform aiming to build community power ahead of the municipal election taking place in October 2022.

The ten-point platform (see below) calls for defunding the VPD and reallocating budget money to mental health, housing and community-safety initiatives. The platform includes a call for a massive build out of social housing, free and expanded public transit, and a number of other demands addressing issues faced by residents of Vancouver today.

The platform process is open to all who agree with the goals and want to participate. The DSoV is hoping to identify 10,000 supporters of these ten key points, and to work with grassroots organizers to develop more detailed policy proposals. Although an article in the Georgia Straight described this new initiative as in competition with other left of centre municipal parties in Vancouver, the DSoV is extending an invitation to other parties and candidates to participate in the process:

“Vancouver for All is an initiative of the Democratic Socialists of Vancouver, but open to all who agree with our goals and want to participate including candidates and members of other municipal parties. We will be hosting listening circles and organizing across the city to build community power.”

The platform launch was last Saturday (January 15), an online event featuring guest speakers including Gabrielle Peters and Vince Tao as well as the first of many listening circles where guests will be invited to speak. 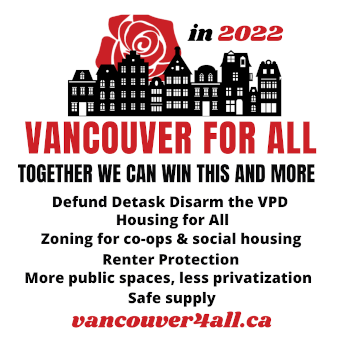 To win a Vancouver For All, we need: