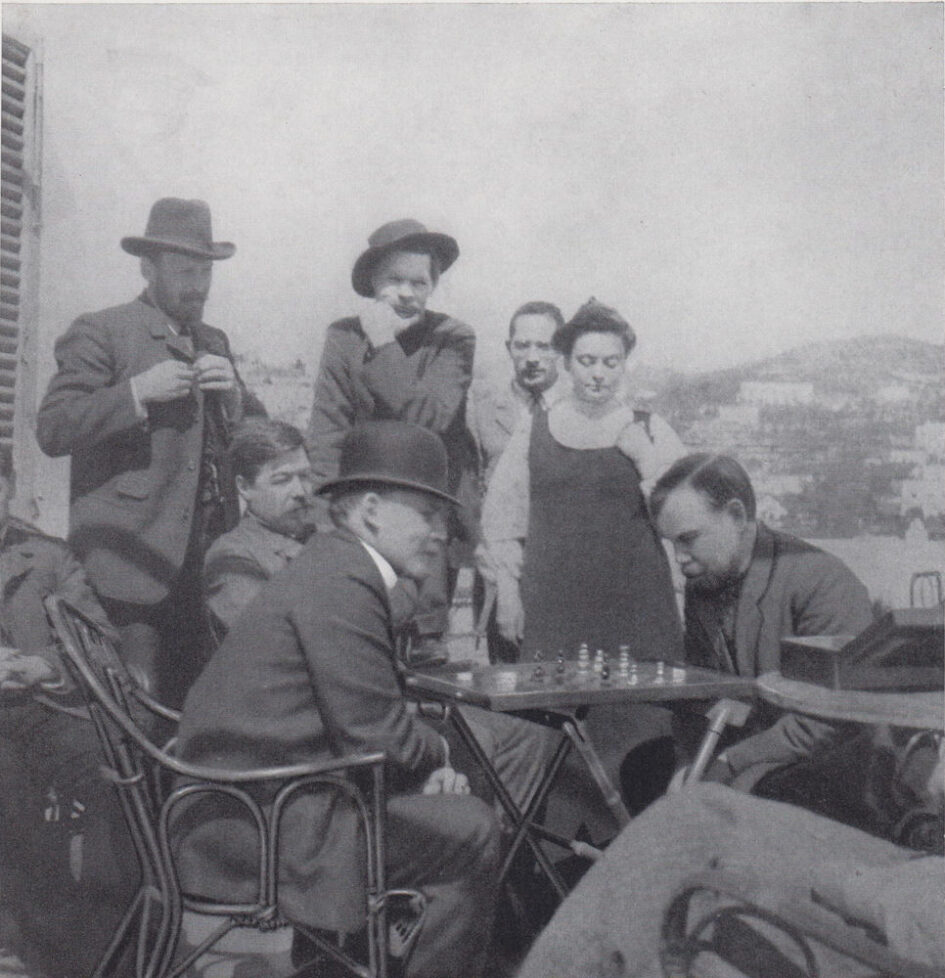 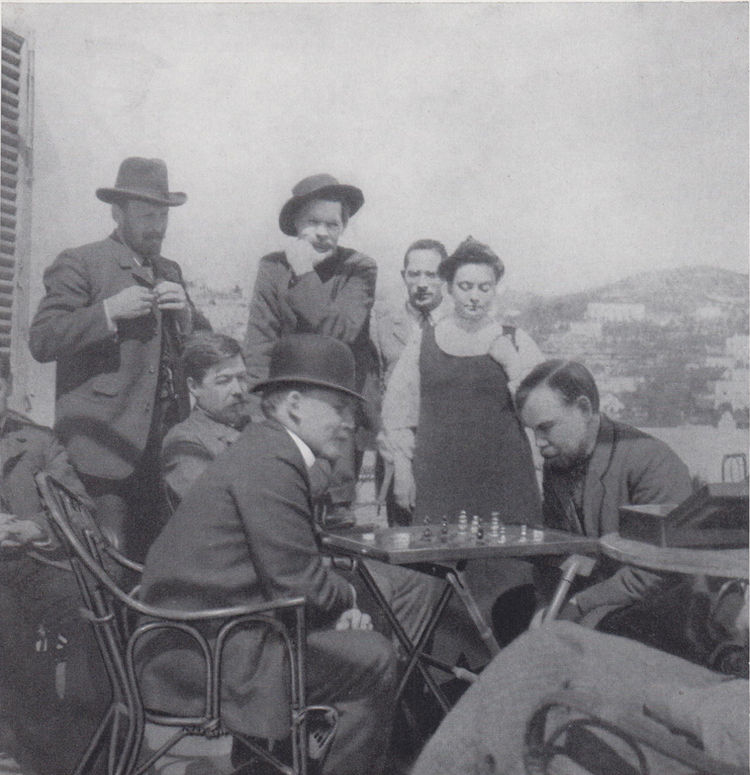 As we noted before on The Left Chapter in the post Snapshots of Lenin’s chess game in Capri, 1908

In 1969 an archivist at the Gorky Museum in the USSR came upon some mostly previously unknown photographs that showed what appears to have been a very intense and lengthy game of chess between Lenin and Alexander Bogdanov at Maxim Gorky’s villa on the Italian island of Capri.

They were taken in April, 1908 by a young man who would later become a well-known Soviet cinematographer and film director, Yuri Zhelyabuzhsky (1888-1955). Gorky had encouraged him to take them, though surreptitiously!

Bogdanov and Lenin not only sparred at chess but also ideologically. Lenin devoted parts of his work Materialism and Empirio-criticism to countering what he saw as Bogdanov’s idealism. Bogdanov would be expelled from the Central Committee of the Bolsheviks in 1909 but would continue with the party and play various roles after the revolution. He died in 1928.

This is the eighth in our new daily feature that will be looking at over 75 international Lenin photographs, sketches, sculptures, artworks and photographs from a Soviet archive of the early 1970s. Many of these are quite scarce and uncommon now and many are truly amazing works and pieces.

These are divided into art, Lenin centennial posters from 1970 and Lenin photographs.

We will share them with history and quotes where appropriate.

They will eventually all also be shared in three posts related to the major themes.

Nuclear green pass/ Italy’s A-bombs to arrive in May