Leninism: The Marxism of the current era 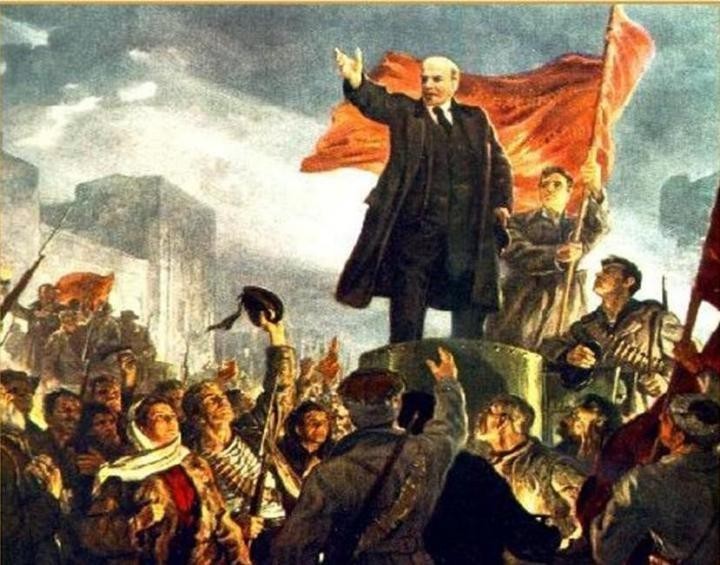 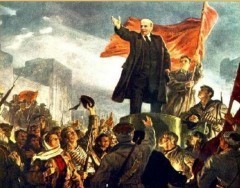 So far in our series on theory, we’ve looked at the historical emergence of Marxism. But by the time Marx finished writing Capital, capitalism was still developing and changing. The fundamental characteristics of the capitalist mode of production haven’t changed. Commodity production and exploitation of workers’ surplus value by the capitalists remain the driving force of the capitalist system. And it remains a system plagued by regular cycles of crises of overproduction, pushing poor and working-class people further down while the rich get richer and richer. But by the beginning of the 20th century the internal motion of capitalism’s contradictions led to its advancement to a higher stage: monopoly capitalism, also known as imperialism.

As capitalism developed to this higher stage, Marxism needed to advance to come to grips with the demands that imperialism placed upon the international working class, theoretically and practically. By and large, the mainstream Marxists of the time had begun to treat Marxism as a dogma rather than a living science. They failed to understand this shift and proved inadequate to the demands that imperialism placed on the working class. The leader of the Russian revolution, Vladimir Lenin, took up this task of understanding this new stage and on the basis of that understanding developed the strategy and tactics of proletarian revolution.

Huge strides were made in the Great October Revolution of 1917 in Russia, where the Bolsheviks established the first socialist state, the Soviet Union. Through the course of the October Revolution and socialist construction, the leaders of the Bolsheviks, especially Lenin and Stalin, further developed Leninism as the Marxism of the era imperialism and proletarian revolution.

Let’s break down the contributions of Leninism to Marxism here before we go into greater detail in forthcoming articles in our series.

First, Lenin clarified the terrain of struggle in developing his analysis of the current stage of capitalism, especially in his Imperialism, the Highest Stage of Capitalism. He said that imperialism had five basic characteristics:

(1) the concentration of production and capital has developed to such a high stage that it has created monopolies which play a decisive role in economic life; (2) the merging of bank capital with industrial capital, and the creation, on the basis of this “finance capital,” of a financial oligarchy; (3) the export of capital as distinguished from the export of commodities acquires exceptional importance; (4) the formation of international monopolist capitalist associations which share the world among themselves, and (5) the territorial division of the whole world among the biggest capitalist powers is completed.

Based on this, Lenin understood that imperialism is capitalism in decay, that the imperialist powers could extract super-profits through the exportation of capital to the oppressed nations and the super-exploitation of the people there to hold off the system’s own inevitable demise. Lenin thus understood that capitalism developed unevenly. The monopoly capitalist states were able to grow very advanced at the expense of the rest of the world, which was held in a lower stage of development due to imperialist exploitation. Based on this analysis, Lenin recognized the tremendous revolutionary importance of the anti-imperialist struggles for national liberation in the oppressed nations, and gave central importance to the right of nations to self-determination as a cornerstone of proletarian internationalism.

Stalin, himself from one of the oppressed nations of the Russian empire, played a pivotal role in developing the Leninist understanding of the National Question. His essay Marxism and the National Question is the cornerstone to the Leninist understanding of the role of the oppressed nationalities and the demand for national self-determination.

In organizing the revolution in Russian, this theory of uneven development also played an important role. Many Marxists once thought revolution would first happen in the most advanced capitalist countries. Lenin argued that the imperialist stage of capitalism meant that revolution should first develop in the “weak links” of the capitalist chain, and he believed that Russia was just such a weak link. History proved Lenin correct.

In his pamphlet, What is to be Done? Lenin also put forward the theory of the Party of the New Type, a Communist Party of professional revolutionaries in the vanguard of the working class – cadres organized according to the principles of democratic centralism, who would work shoulder to shoulder in the mass movements of working and oppressed people. In practice this meant fusing Marxism with the movements of workers and peasants in Russia through the class struggle, and building the Communist Party through that struggle.

Importantly, Lenin also developed the theory that the revolution in semi-feudal countries like Russia should develop in stages. The working class and their party could and should lead the revolutionary movement directly from the bourgeois-democratic revolution to the proletarian-socialist revolution.

First, the overthrow of semi-feudal society requires a broad people’s democracy, led by the working-class in alliance with the peasantry. In Russia, this stage lasted from 1903 to February, 1917, and had as its objective the overthrow of Tsarism and the remnants of medievalism. The Foundations of Leninism sums up this stage well. Stalin points out that the main force at this first stage was the proletariat relying on the entire peasantry as the reserve force, and that the revolution was directed at isolating the liberal-monarchist bourgeoisie who sought compromise with Tsarism. The firm alliance between the proletariat and peasantry was crucial to prevent the peasantry (as a basically petty-bourgeois, or small-time capitalist, class) from being won over to this idea of compromise.

Then, after the overthrow of the Tsar, the revolution entered its second stage. This stage spanned from March to October, 1917, with the objective of overthrowing imperialism and withdrawing from the imperialist war. The core of this stage was the alliance of the proletariat with the poor peasants, to defeat the bourgeoisie and prevent the peasantry and other petty-bourgeois strata from going over to the side of the imperialists. The establishment of socialism depended on the success of this second stage, and during both stages the leadership of the working class was essential. After this it became possible to establish the Dictatorship of the Proletariat, consolidate socialism in one country and use that country as a base area from which the international communist movement could battle against imperialism more broadly.

Stalin’s Foundations of Leninism, along with the 1938 History of the CPSU (Bolsheviks) – Short Course, by summing up the process of the revolution in Russia and breaking down clearly the stages of its advance, serves as a master-class for the application of Leninism’s universal lessons for revolutionaries all over the world. This theoretical understanding of revolutionary stages has proved tremendously important for revolutionaries in countries as diverse as Cuba, Vietnam and China.

Lenin further understood that the old, bourgeois state machinery couldn’t be used to build socialism. Socialism couldn’t be achieved by reforming the bourgeois state, but rather it must be smashed and replaced by the revolutionary dictatorship of the proletariat. As the African American poet Audre Lorde later put it, “the master’s tools will never dismantle the master’s house.” On this basis Lenin led the struggle against opportunists and revisionists in Russia and in the international communist movement as a whole and led the Soviet people in the establishment of the dictatorship of the proletariat, that is, the establishment of working-class state power, in the largest country in the world.

Led by the only class with no material interest in the exploitation of others, the elimination of all exploitation becomes possible. On this basis, the Soviet Union gave the international working class a base for the first time in world history and was a beacon and an inspiration to people all over the world for more than 70 years. In his pamphlet The State and Revolution, Lenin argued that after the consolidation of socialism and the progressive elimination of the reasons for its existence, the Dictatorship of the Proletariat would eventually wither away as it deliberately and methodically developed the forces of production, eliminated capitalist relations of production, and transitioned step-by-step to a classless, stateless society – Communism. Then the material conditions would be in place for Marx’s slogan of “from each according to their ability, to each according to their need” to be truly realized.

Up to this point our series has covered the historical emergence of Marxism and its development into its current stage, Marxism-Leninism. Next we will look more deeply at the philosophy at the center of Marxism-Leninism. In our next several articles we will look at the Marxist-Leninist theory of knowledge, which stands at the very core of the science of revolution.

What is Marxism-Leninism? Introducing a new series on The Science of Revolution

A New Era of Capitalist Instability

The Hoffa era is over, and the Teamsters are ready to fight