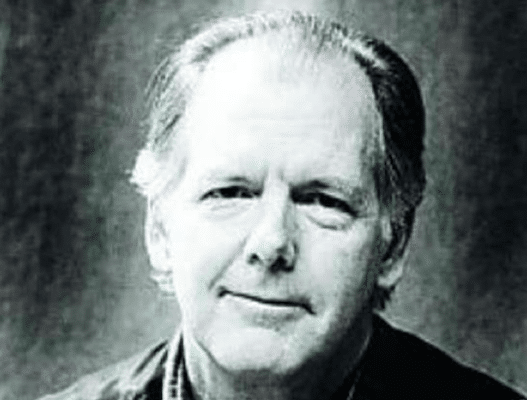 Last weekend, I found myself in a seat at the Wheeler Opera House in Aspen, trying over two days to absorb a veritable tsunami of information concerning the plight of Native Americans in a society that has worked over centuries to first exterminate the entire native population, then imprison them in reservations, and in the 1950s to “terminate” native tribes en masse (thereby opening up reservation lands to corporate exploitation) through a devious legislative act cynically put together in Washington, D.C.

And central to the weekend’s program were films and presentations focussing on the ordeal forced upon one particular Native American, Leonard Peltier, a member of the American Indian Movement who grew up on reservations in North Dakota and has been a warrior for Native American rights since he was in his early teens and personally witnessed the “termination” campaign, among other government actions against the tribes.

Peltier has served about four-and-a-half decades in prison for a crime–the killing of two FBI agents in a 1975 gun battle at the Pine Ridge Reservation in South Dakota–that even his erstwhile prosecutor now admits that Peltier did not commit. (see below for more on that)

Unknown to me, and likely to everyone else in the amphitheater, as we watched the movie detailing what happened to Peltier and others in consequence of their resistance to ongoing suppression, violence and a host of other crimes and indignities, another case of extreme violence was taking place in a small town in Wisconsin.

On Sunday, in Waukesha, a man drove his vehicle into a packed parade route, killing five and injuring an unknown number of others in what some believe is a reaction to last week’s acquittal of Kyle Rittenhouse on charges he shot and killed two people, and wounded another, in Kenosha, Wisconsin, last year.

The Rittenhouse shootings came during protests over the shooting of a Black man, Jacob Blake, by a white police officer earlier in 2020, and should be viewed in connection with widespread protests against police killings of Black citizens all around the U.S. in recent years–which in itself is an example of the continued use of violence by the government to keep a lid on not just Blacks, but also on Native Americans and other so-called “minorities” in this country.

But, back to Peltier’s situation.

The man is 77 years old now, and in poor health, though his supporters say the health problems can be dealt with through treatment if he is released from prison.

A wealth of information about Peltier, the American Indian Movement, the Standing Rock Sioux resistance against the Dakota Access Pipeline and other matters are available online, at such sites as whoisleonardpeltier.info.

The site is a resource set up by the International Leonard Peltier Defense Committee, currently headed by an activist named Carol Gokee of Marshall, Wisconsin (lots of Wisconsin connections in all this, eh?).

The committee, Gokee told me over the weekend, has been working to free Peltier from prison for decades, and that it has a total of 92 members of Congress on Peltier’s side, as well as an international collection of activists, celebrities and supporters.

But the main thing right now, Gokee and her compatriots say, is the issuance of a July 9 letter by former U.S. Attorney James Reynolds, addressed to President Joe Biden, asking that Peltier be granted clemency and released from prison.

Reynolds, whose office handled the 1975 case against Peltier, concedes in the letter that this is a “rare” position for a federal prosecutor: “to beseech you to commute the sentence of a man who I helped put behind bars.

“With time, and the benefit of hindsight, I have realized that the prosecution and continued incarceration of Mr. Peltier was and is unjust,” Reynolds’ letter continues.

He admits that the prosecution, in its overweening zeal to convict someone, anyone, for the killing of the two agents at Pine Ridge, pursued a legal strategy that shifted and warped itself to adapt to unexpected reversals.

“We were not able to prove that Mr. Peltier personally committed any offense on the Pine Ridge Reservation,” Reynolds wrote, which led the legal team to try to bend its theories to include some sort of “deliberate ambush” that Peltier supposedly set up. This strategy failed, when two co-defendants in the case, who were tried before Peltier, were found “not guilty” because they acted in “self- defense.”

Finally, Reynolds team found a theory that worked–Peltier was found guilty of “aiding and abetting” the killings of the two agents, though his sentence (two life terms) reflected a biased judge’s belief that the murder charge had been borne out.

Reynolds, in his letter, noted that “there was little or no consideration given to the FBI’s role in the creation of the dangerous conditions present on Pine Ridge. As a result of the manner in which the case was investigated and prosecuted, and the prevailing view of Native Americans at that time, Mr. Peltier alone” paid the price of the ongoing “broken relationship between Native Americans and the government.”

The heat is on: Will UN climate change conference finally result in serious action?