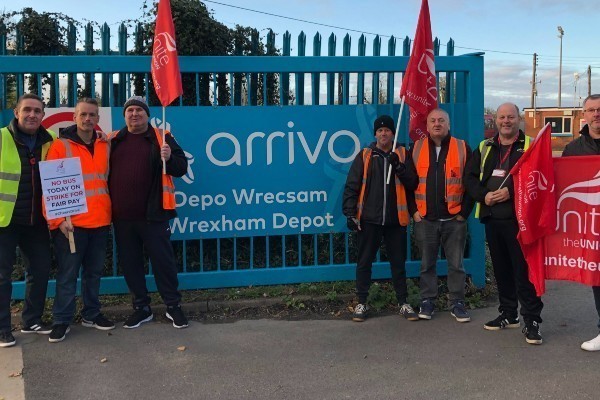 The cost of living has risen at the fastest rate in ten years, forcing millions of people into financial hardship.

Inflation hit six percent in October, up from 4.9 percent in September, reported the Office for National Statistics (ONS).

The increase is mostly due to rising energy and fuel prices. Gas and electric prices increased 28.1 percent and 18.8 percent respectively in a year.

The ONS and Bank of England prefer to use the inaccurate, lower Consumer Price Index (CPI) measure of inflation which excludes housing related costs. CPI currently sits at 4.2 percent.

The Bank of England has predicted that this situation will get much worse.

They claim CPI could rise to 4.5 percent this month and five percent by April, next year.

We are now in a new era where not just the very ­poorest will be hit, but a majority of workers will be faced with financial setbacks.

This means when workers organise and fight for pay, they have to recognise what a six percent inflation rate means.

Workers may believe ­winning a pay rise below six percent is a victory. A couple of years ago it might have been.

But as General Secretary of Unite, Sharon Graham warned, workers will face a “calamitous drop in their standard of living”, unless wages “match the inflation rate”.

And there are more lorry disputes brewing at Tesco, Morrisons and DHL.

But more consistently, workers are handed low offers, which are often hailed as a victory by union leaders

It was reassuring to see Arriva London South bus drivers in Unite recently refuse their pay offer of 1.5 percent, citing inflation as a major reason.

But now the union mustn’t compromise for say two or three percent.

There needs to be a fundamental shift in pay battles, and there is a lot of ground to catch up.

On average real pay is less than £2 a week above the pre-2008 financial crisis peak. And many workers are still below that level.

A review of Britain’s biggest private and public employers discovered that pay had only increased two percent a year in the three months before the end of October.

Despite the rapid inflation rise, the consultancy responsible for the investigation, XpertHR said, “The data shows that pay awards are at the same level as this time last year and confirms a period of stability.”

The Tories are willing to ignore pay demands from workers and instead continue with more attacks.

Already this year ­workers have suffered the end of the furlough programme, the scrapping of the £20 Universal Credit uplift and the toxic system of fire and rehire.

Now workers suffer rising prices including petrol which rose 25.4p a litre in a month and has continued to climb to 144.3p a litre on average.

The only way to reverse this and ensure workers aren’t made to pay for the Tories’ Covid pandemic failures is to organise in workplaces and fight back.

Graham said, “The rise in inflation reflects a growing crisis in the cost of living for ordinary families.”

But warm words are not enough, especially from unions, including Unite, who have often claimed that below inflation wage rises as a win.

Workers on the ground must push hard for a pay rise above inflation, and any offer below six percent should be considered a pay cut.