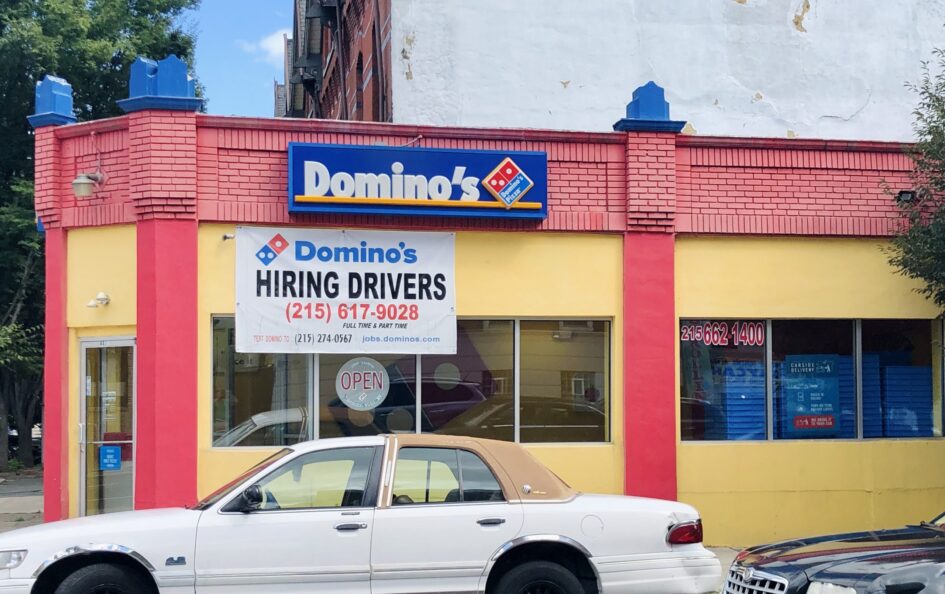 Like precarious workers everywhere, pizza delivery drivers are particularly vulnerable to being taken advantage of by their employers. When I was hired by Domino’s in January 2021, I was informed that I would be required to use my own car to perform deliveries and that drivers earn 30 cents per mile traveled. During orientation, I was triumphantly told that this meant receiving $30 for every 100 miles traveled. I was not told that this is nearly half the IRS’s standard rate of $0.56 per mile. I was also not told that former drivers in Colorado had filed a class-action suit against the franchise (Kennedy v. Mountainside Pizza, Inc.). In the lawsuit, employees argued that, on average, their vehicle expenses were not covered by the minimal compensation and had thus rendered their overall wage below the legal minimum.

Domino’s is the only major pizza company that relies entirely on its own employees for delivery. Indeed, the law is set up in the interest of employers. It allows them to pay vehicle reimbursement rates lower than the standard rate set by the federal government. A legal opinion, given by the Department of Labor in the course of the case mentioned above, explains: “a regulation that explicitly allows employers to approximate expenses at a rate lower than the IRS standard rate cannot be read to require employers to use the standard rate” (emphasis in original).

It is more profitable for the company if reimbursement for the use of personal vehicles is a “reasonable approximation” of the “official” rate. But how does the law determine what is “reasonable”? Again, in the opinion of the DOL: “whether particular information furnished by a specific source will enable a specific employer to reasonably approximate the expenses incurred to perform a particular task at a particular site in a particular area depends on a myriad of particulars.”

This is a particularly fine example of the flexibility of the capitalist legal system. It is written in such a way as to allow for various interpretations under differing circumstances. There is nothing to limit the bosses’ method of “reasonably approximating” expenses incurred by their employees, and these methods remain “reasonable” as long as it is in the interests of the capitalist class. For example, if a particular interpretation has the effect of sparking a strike wave, it can just as easily be declared “unreasonable” to cut across open explosions of the class struggle. As I’ve noted, I was not informed of the IRS standard rate when I was hired, as my employer was already using a “reasonable” method of “approximation.”

I only learned about the class action suit from some of my coworkers who had received notice of the ongoing trial and their opportunity to opt in. After this, I tried to learn as much as I could about the lawsuit. In the course of this inquiry, I encountered the above-quoted DOL opinion, which clearly outlines the conditions in which drivers must operate their vehicles and the purpose of the laws regulating these operations. And, of course, the lawyers who initiated the case will receive a significant cut of any settlement, which will hardly make up for losses incurred by the workers.

Mountainside Pizza has required all current, incoming, and future employees to sign away our right to class action lawsuits as part of an arbitration agreement. This has been explained to some employees to avoid expensive court costs, but what caused this sudden change of heart? Why are they so worried about court expenses, if not because of the case they are trying to settle without telling new and incoming employees about it? Forcing new hires to renounce their right to participate in class action suits is a blatant attempt to divert the discontent into individual disputes, which are more expensive and harder to win—especially against a company with such deep pockets. Mountainside Pizza has decided it doesn’t want to face more such cases and is prepared to fire employees who decline the agreement.

Everyone I discussed the arbitration paperwork with has been told we must sign away our basic rights or be removed from the schedule. My general manager told me and others that, according to the agreement, we may opt out after signing but that it must first be signed. This is a deceptive method for coercing workers into signing paperwork denying their rights. If we don’t sign, we lose our jobs. If we do sign and decide to keep our class action rights by opting out, we are vulnerable to termination.

This is explicitly what a lawyer on the case told me regarding our “ability” to opt out. They were surprised that management even emphasized the supposed opportunity to keep working after opting out. Management likely has no real intention of keeping employees who opt out, but they have a definite interest in seeming “neutral” and presenting clear options to their profit generators. This is not a hypothesis most workers can afford to test. The “agreement” is made all the crueler by reminding employees, at the bottom of every page, that the document makes no change to our at-will employment status.

As noted above, a settlement is currently being negotiated, which will take the court until December 2 to finalize. Small victories are certainly worth fighting for and defending. But we should be clear: this case is no such victory.

As it stands, there is nothing to compel the bosses to pay higher vehicle compensation. They can still pay us less than the IRS standard rate, and those of us who cannot afford to wager our jobs have decidedly lost our class action rights. The lawyers operate on the premise that a settlement is a victory when the settlement improves nothing. Meanwhile, the bosses have further protected themselves against future legal action.

A legal system that allows the bosses to cut their class-action losses by safeguarding against similar cases in the future clearly represents the interests of a small minority of employers against the interests of workers everywhere. A system that does not enforce its own paltry minimum wage cannot provide anything approximating justice for workers.

Class-action lawsuits cannot solve this and the many related problems faced by millions of workers. Only mass working-class action and organization can point the way forward. We need organizations both of a political and economic character that can coordinate actions such as strikes and mass demonstrations. A national drivers’ union encompassing pizza drivers and all food and other delivery drivers would help defend against the attacks we are sure to face in the coming period. The present labor leaders stand atop organizations with membership totaling in the millions. Many rank-and-file workers would enthusiastically back a national campaign to organize waged drivers of all kinds. Given its history and membership base, we believe the Teamsters union should take the lead on this.

In addition, there are millions of 18 to 34-year-olds who support organized labor and socialist ideas. In the coming period, these youths will continuously come up against a system that is driving the world to the brink. In addition to organizing unions at the workplace, the working class needs political representation. It is up to those of us working to do our part to help lay the foundations for a mass socialist party in the US. We must ensure that workers and youth looking for socialist ideas find a revolutionary organization capable of guiding society out of this historical impasse during the great battles to come. A strong revolutionary organization could help turn the unions into the fighting organizations that they need to be.

If you agree with these ideas and are eager to learn and apply Marxist theory and practice to the struggles humanity faces as a whole, we invite you to join us in the struggle for international socialism.

Letter from the Field