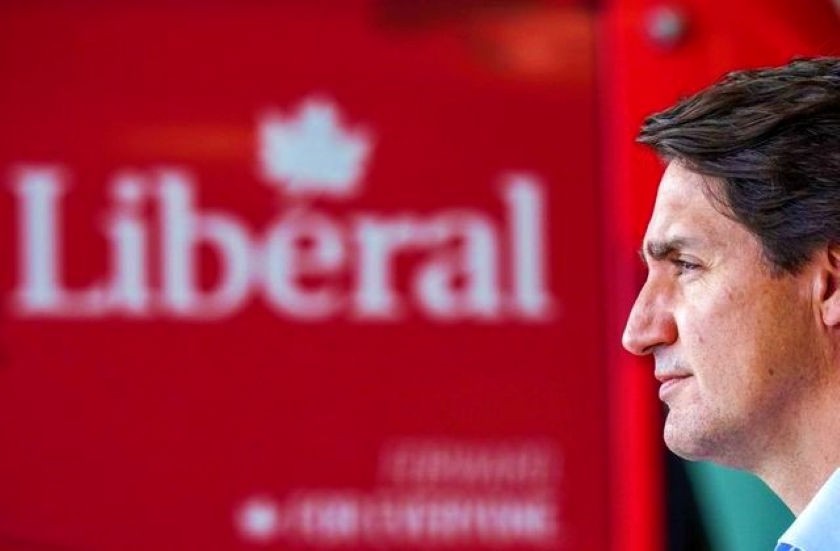 As the grand farce that is the 2021 federal election in Canada enters the homestretch here is our third and final election roundup looking at the developments to date.

Since our second roundup the Liberals have rebounded, extremist protestors seem keen to help Trudeau’s cause, the Greens are in a disastrous spot while the far-right People’s Party is rather alarmingly rising, O’Toole is back with more “Buck-A-Beer” style BS while the NDP and its partisans continue to play at Twitter “radicalism”.

With the Conservatives having peaked too early and the Liberal scare machine in full swing the Libs have bounced back when it matters most. They do not seem likely to get a majority, however, which would still be a major blow to Trudeau. The NDP seems to have plateaued. Meanwhile, the hard-right People’s Party is rather alarmingly gathering some steam. In our very first roundup we looked at some classic Conservative “Buck-A-Beer” pocketbook populist BS when O’Toole offered up the idea of a GST holiday as meaningful policy.

Now O’Toole is doubling down with a proposal to give people a 50% rebate off of restaurant meals they have (dine-in, not including booze) between Monday and Wednesday for one month like some kind of government Uber Eats coupon.

That will clearly help make up for cancelling the Liberal daycare program! O’Toole claims “This will pump almost $1 billion into our hard-hit hospitality sector”. He could have said $500 million or $2 billion as the figure is based on nothing other than projections and just has to sound good.

While the “policy” idea is a farce and has been rightly mocked, it is always worth remembering that “Buck-A-Beer” Ford won his election showing that selling a little snake oil does not always do you in.

The NDP’s foreign policy and military statements suggest little would change if the party formed government. That’s unfortunate since there’s much that needs to shift in Canada’s relationship to the world.

Canadians of conscience shouldn’t be satisfied with being a junior partner in the neoliberal world order and bullying others to follow the dictates of the US empire.

Engler also calls out Green leader Annamie Paul for her repudiation — at great cost to the Green Party — of party policy on Palestine and her failure to seize on issues like the NDP’s plan to purchase new fighter jets in his piece: Paul chooses personal over Green policy and party pays price

On September 12 Singh took a clever shot at the PM by cribbing the infamous War Measures Act quip of his father.

The sheepdogging wing of Canada’s fake “left-of-the-NDP but we have to support it” bunch celebrated this as some great declaration of class war, but it is really is little more than typical NDP twitter “radicalism”. Just like the sad meme of Singh taking champagne from some random rich guy in a bathtub that came before it.

And that is because, as I looked at in more depth in the first roundup, the NDP’s tax plan’s rhetoric is much more impressive than its reality. Despite what some left gatekeepers may think, this is a bad thing that does not deserve to be celebrated.

Tom still likes the NDP after all!

After praising the Liberal environmental platform last week, former NDP leader Tom Mulcair seems to have had a change of heart.

Dunking on what he calls Liberal “vapourware” Mulcair writes:

The Canadian voting public really cares about the environment and climate change. The ability of the Liberals to explain away their recurring failure may be about to hit a brick wall. Canadians wanted action and voted Liberal. All they got was announcements of plans and more announcements, not results.

Voters for whom sustainable development is a key issue, younger voters in particular, can see past the Liberal smokescreen on climate change. They’re not going to be conned again.

He goes on to say that he thinks that because of this:

Singh appears to be holding onto his votes and is poised for a breakthrough in the GTA. Annamie Paul impressed many with her deep understanding of environmental issues during the debates. Both will be seeking to convince and inspire voters who worry about the type of planet we will leave to our children and grandchildren.

For once, Liberal vapourware may not be enough.

This remains to be seen.

Needless to say the NDP partisans who were hating on Tom are feeling better disposed towards him now.

Avi Lewis gets called out for his and the federal party’s hypocrisy talking tough on climate change when it comes to Trudeau but giving Horgan a free pass. Still not a word about Fairy Creek either.

Of course, we need not go to the BC NDP to see the hypocrisy…Singh himself still refuses to say that he would shut down the Trans Mountain pipeline despite claiming that he is opposed to it.

Green Party leader Paul took to Twitter to denounce this NDP flyer as “what is wrong with politics”. It is nasty. It also strikes me as somewhat misguided as the Greens are doing a bang-up job of making themselves look bad without the need for what many will see as a cheap shot.

Problem for Paul is the self-destructive infighting in which she has played a central role and that has totally derailed the party’s election campaign is very real.

Speaking of Paul, she decided to make this utterly mystifying confession on September 10: Why “acknowledge” that at all as an election draws to a close? What is the game here? Regardless of whether it is true or not it makes zero sense to publicly say it at this juncture.

Yet another disastrous own-goal by a leader who has set back her party considerably.

Not sure how an incoherent angry guy screaming misogynist insults at Sophie Grégoire Trudeau and ranting at the PM is supposed to come off, but to the vast majority of people he looks like a total asshole.

Trudeau was able to spin the moment to great effect with a fairly clever comeback of “Isn’t there a hospital you should be going to bother right now?”. Again the other major party leaders were forced to denounce those protesting JT and there can be little doubt that protestors like this are helping him far more than they are hurting him.

People’s Party rise is a serious cause for concern:

In a truly alarming turn the far right People’s Party is now polling well above the Green Party and has moved out of “fringe party” territory. The party’s toxic mix of Covid-denialism, pseudo-libertarianism and dog-whistling seems to be resonating with a part of the population opposed to mask mandates and vaccines and disenchanted with O’Toole’s attempts to play the moderate.

Make no mistake about what the People’s Party represents and who supports it:

Far-right and white nationalist groups are pushing their followers to support Maxime Bernier’s insurgent People’s Party of Canada in next week’s federal election.

On the fringes of the internet and in encrypted chat rooms, groups like Canada First and the Canadian Nationalist Front are encouraging their thousands of adherents to back Bernier’s PPC.

While not all People’s Party supporters are motivated by white nationalism or far-right extremism, it is clear that white nationalist and far-right groups view the party as a viable vehicle for their grievance-fuelled politics.

The party, which polls suggest has seen a surge in public support in recent weeks, has found support among some in far-right circles over its opposition to mandatory vaccinations, vaccine passports, and Bernier’s pledge to dramatically curb immigration.

Al Jazeera columnist Andrew Mitrovica penned (Sept 14) one of the best columns on the election to date by anyone with this takedown of everyone: Canada is a pedestrian nation.

On Trudeau: “Trudeau’s performance during the campaign has been signature Trudeau: a daily diet of trite bromides delivered with the sincerity of a garden gnome, coupled, lately, with calculated flashes of a juvenile martyrdom complex triggered by a roving, gravel-hurling band of irritating imbeciles who believe vaccines are the devil’s brew.”

O’Toole: “If O’Toole was meant to be a rousing antidote to the somnolent Scheer, I, and many other Canadians, have missed the blinding allure. O’Toole combines the charisma of a bored furniture salesman with a pitchman’s facility to “pivot” like a weathervane on issue after issue to cajole a hesitant customer.”

Singh: “Being a nice guy, Singh is well-suited to discharging the NDP’s traditional role in the House of Commons. Indeed, Singh has spent much of his time and energy as a leader attempting to prove to Canadians that he is nicer than Trudeau. This has meant mimicking Trudeau’s glibness and trying penchant for spouting meaningless chestnuts in lieu of thinking and speaking like a serious adult to adults.”

Paul: “Paul, who some veteran Green members privately and only half-jokingly consider a fifth columnist, appears determined to erase the party’s already faint footprint from the Canadian political landscape.”

Bernier: “Once a card-carrying Conservative cabinet minister, Bernier now leads the so-called People’s Party of Canada (PPC). Like all populist charlatans, Bernier camouflages his toxic stew of ignorance and intolerance with soothing-sounding appeals to his supporters’ ingrained fears, grievances and prejudices.”

Well worth the full read!

And on The Left Chapter itself be sure to check out Gabriel Haythornthwaite’s incisive, caustic look at the campaign so far, the lack of viable options for the left and the need for leftists to start looking beyond this election towards building a genuine anti-capitalist alternative: No Majority For You! And Other Kvetching On The 2021 Canadian Election Farce

After 25 Years, There’s a Reason ‘Liberal’ MSNBC Can’t Look Back