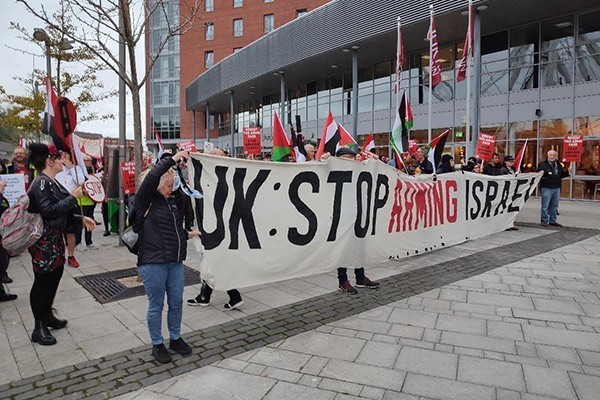 Around 150 people attended an early morning protest march on Tuesday of last week against the AOC Electronic Warfare arms fair.

It was held at the council‑owned Liverpool Exhibition Centre.

Two Palestine Action activists managed to avoid a large police presence and occupied the roof of the centre.

There is widespread anger at the Labour-controlled council allowing this event to take place.

There has been widespread opposition to the event across the city and a number of large demonstrations took place in the build up to last week’s protests.

Many activists from the Liverpool Against The Arms Fair campaign believe that pressure needs to be kept on the council to ensure no future arms fairs take place in the city. 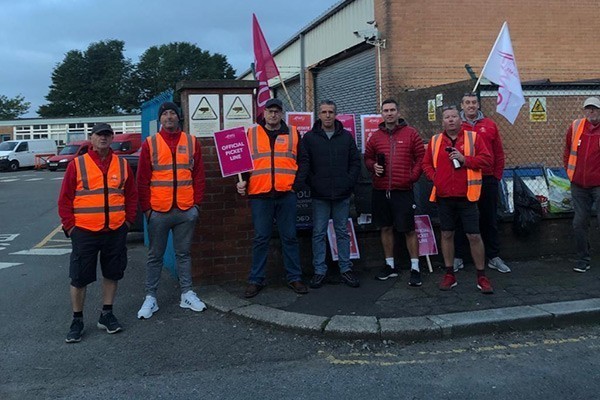 Postal workers in the CWU union in Llanelli, South Wales, struck on Wednesday of last week to support sacked worker Gary Evans. The CWU is demanding his reinstatement.

The strength of feeling was shown by the strike vote—over 98 percent voting for action with a turnout of 87 percent.

CWU members held a 24-hour rolling picket which was well supported by other CWU branches and two Unison branches in Swansea and Carmarthen.

Deliveries to the office were turned away and only management, as expected, crossed the picket line.

The union—and Gary Evens personally—have been encouraged by all the messages of support.

Another strike is now planned for Thursday of next week.

This is an important battle which the CWU must win to protect workers from the arbitrary and unjustified actions of Royal Mail management.