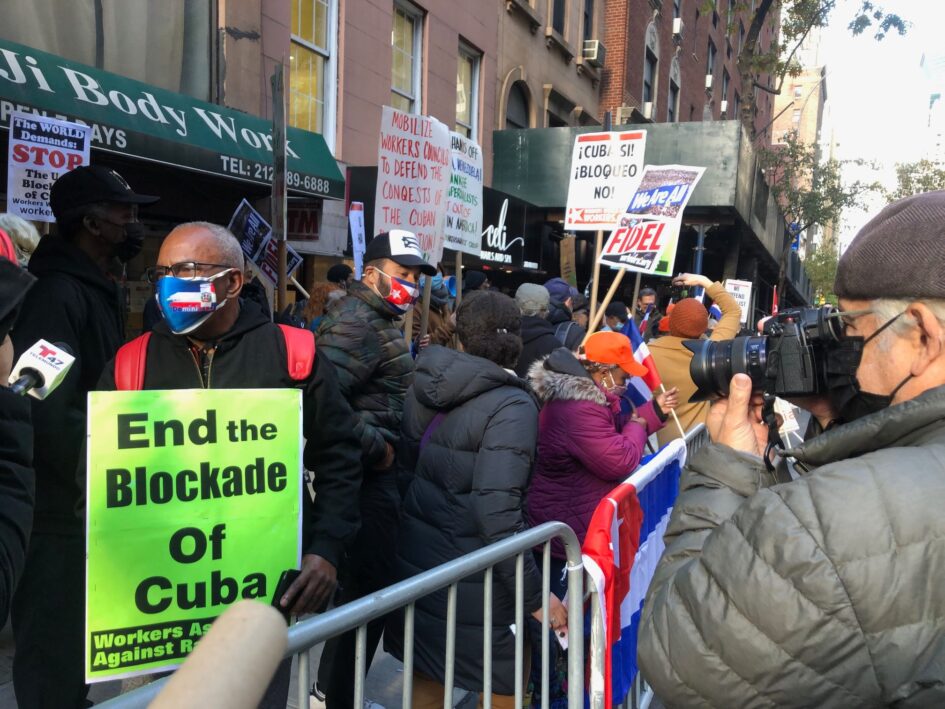 When on Jan. 8, 1959, a triumphant Fidel Castro entered Havana, he called on Cuban revolutionaries to “settle down to the peaceful aims of the Revolution.” He spoke with a white dove on his shoulder, a symbol associated with Fidel throughout his long life. 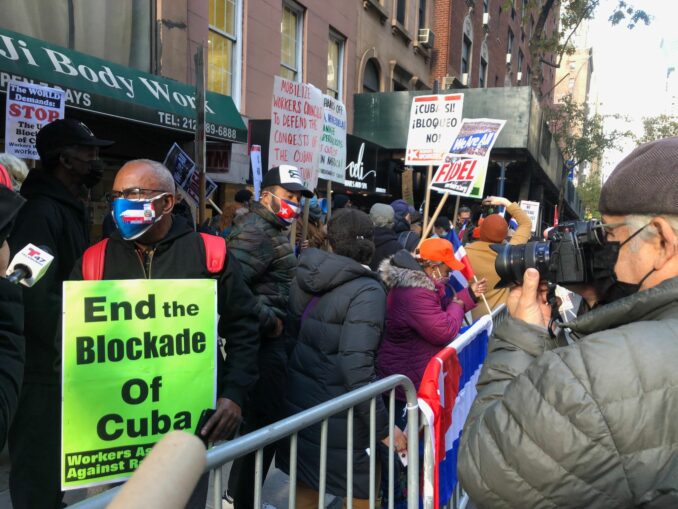 But the U.S. empire, with its southernmost point a mere 90 miles from the socialist island nation, has never allowed Cuba to know peace. The U.S.-sponsored invasion of Cuba in 1961 at Playa Girón (the Bay of Pigs) suffered a resounding defeat, but President John F. Kennedy imposed an economic blockade in 1962.

This act of economic warfare remains in place to this day and has actually been tightened by Congress on more than one occasion. Cubans continue to suffer from the effects of the blockade through shortages of food, medicine, medical supplies, construction materials and much more. While Cuban medical science is very advanced, including the development of Cuban’s own COVID vaccines, distribution of the vaccines has been hampered by a shortage of syringes.

U.S. economic warfare has been combined with numerous terrorist acts by Miami-based counterrevolutionaries and a long history of assassination attempts on Fidel.

It is in this context that the so-called “protests” taking place Nov. 15 in Cuba must be seen. They are a funded attack from U.S. imperialism, which has spent the past six decades creating the very shortages the “protesters” claim to be “protesting.” Paid agents have manipulated social media to foment and mobilize resentment arising from the shortages.

As Cuban President Miguel Diaz-Canel correctly pointed out, “U.S. diplomatic officials meet frequently with leaders of the counterrevolution, to whom they provide guidance, encouragement, and logistical and financial support.” (Reuters, Oct. 25)

These agents have the full backing of the U.S. capitalist media and its stooges in bogus “advocacy” groups such as Human Rights Watch.

Nevertheless, the Cuban government and mass organizations, such as the Committees for the Defense of the Revolution, the Federation of Cuban Women and the Confederation of Cuban Workers, have reached out to people who have grievances in an effort to involve people in problem-solving.

Either President Joe Biden or Congress could end the blockade with the stroke of a pen and allow Cuba to pursue its “peaceful aims” — food, housing, jobs, education and medical care for all under a socialist economy — without interference. But the blockade has always had bipartisan support, despite decades of repeated calls by the U.N. General Assembly to end this violation of human rights. This is because Cuba’s model is in sharp contrast to the neoliberal model, which imperialism has imposed on much of Latin America: ruthless exploitation, debt servitude and brutal political repression.

The Cuban government has the right to use any means necessary, including force or legal charges, to defend its sovereignty from this latest imperialist attack.

Since Workers World Party’s founding in 1959, the same year as the triumph of Cuba’s Revolution, we have defended this shining socialist example from imperialist subterfuge, economic warfare and outright lies.

Today we join with others in denouncing the U.S.-orchestrated demonstrations in Cuba and in confronting reactionaries threatening the Cuban Mission to the U.N. in New York City.

‘Cuban Revolution: a challenge to US imperialism’

Cuban Revolution vs. US capitalism