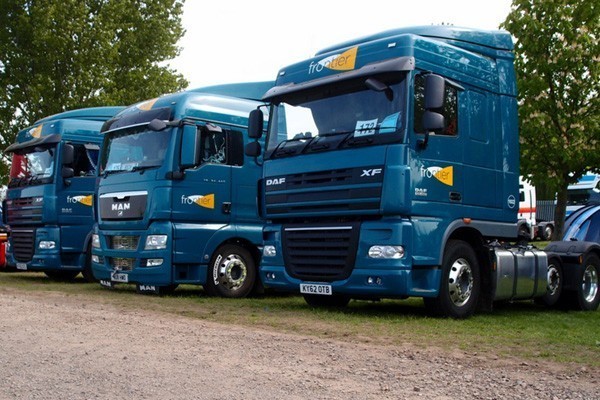 The huge shortage of lorry drivers is a chance for trade unions to put serious pressure on bosses to improve pay and conditions for their members.

Britain currently has a ­shortage of some 100,000 lorry drivers, which has caused chaos for profits. Food supplies are down, ­builders can’t access materials, and the money‑making Christmas supply chain is under threat.

But the shortage is no accident, as migrant workers have left Britain during the pandemic, and after the Tories used Brexit to attack their rights. Appalling pay structures, holiday time, sick pay and working conditions also mean lorry drivers are walking away.

Multinational companies have driven down supply chain costs over the years.

In Britain, tax legislation reform has drastically reduced incomes for agency workers, and backlogs at testing centres have prevented new drivers from training.

The government wants to ­introduce a temporary stopgap so that drivers from EU countries can be given temporary visas.

But this won’t solve the crisis in the long run—changes need to be made to address why so many workers are unhappy.

As supplies run lower, workers have an opportunity to squeeze their bosses who are already ­looking desperate.

Any further disruption to supply chains would leave bosses even more vulnerable—and workers with the power.

Already last week Yodel lorry drivers were balloted for strikes by GMB union. More than 250 HGV drivers are set to vote on industrial action over pay and conditions in a ballot that closes on 15 September.

Industrial action could take place during Yodel’s busiest period in the lead up to Christmas.

And the IWGB union has threatened posh delivery firm Ocado with strikes over poor pay.

Booker Retail Partners has been accused of bypassing negotiations made with Unite union by proposing a pay offer directly to workers.

Yet this falls short of the ­settlement for Unite’s drivers at Booker’s depot in Hemel Hempstead, won in July.

They should have received a £5 an hour increase in pay, but will now see their pay fall dramatically instead.

And over 40 Unite members at a depot in Thamesmead, south east London are balloting for action to win a similar uplift to the Hemel Hempstead workforce.

Mass coordinated strikes and workers’ actions could win much needed improvements in the industry.

While bosses are on their knees worrying over Christmas shortages and profits, strikes can fight for and win better pay.

More disruption to supply chains will mean an extra hit to the bosses’ profits. This opportunity must not be missed for lorry drivers who have suffered reduced pay and worse conditions over many years.