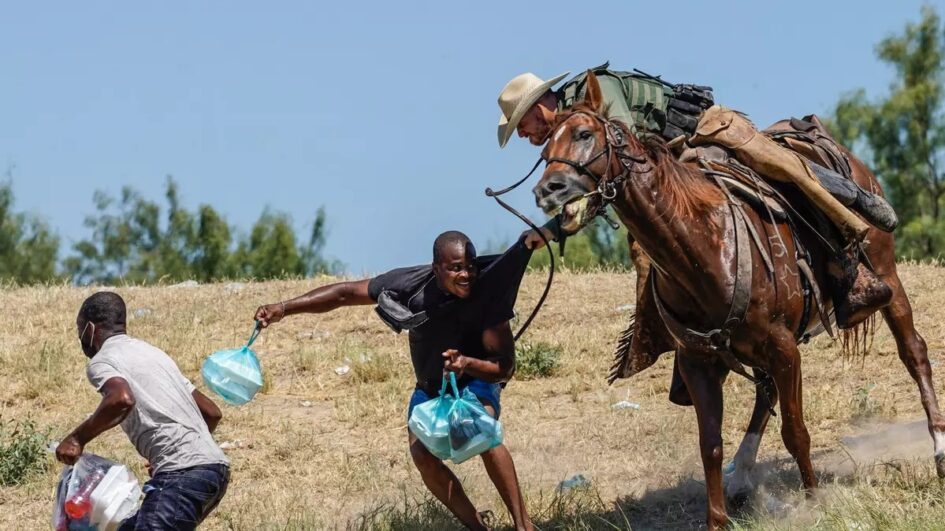 Join us at Senator Alex Padilla’s office in Downtown LA to demand that he and all the other Democrats in Congress speak out to denounce the actions of ICE at the border! The Democrats were critical of Trump for his attacks on migrants and immigrants but the Democrats are doing the same if not worse than what the Republicans have done!

The world has witnessed how white terrorists in Border Patrol uniforms literally whipped unarmed Haitian refugees like slaves on a plantation. This is DISGUSTING and it’s being done under a Democratic Party administration! Enough is enough!

Biden, Stop Border Patrol Terrorism on Haitians and all refugees at the US imposed border! Stop the Deportations now!

Event co-organized by the Harriet Tubman Center for Social Justice, the Socialist Unity Party, the Comites de Resistencia, Union del Barrio. Endorsers include: American Indian Movement SoCal, Puerto Rican Alliance, Occupy ICE-LA and many more organizations. If you organization would like to endorse this action, please message us.