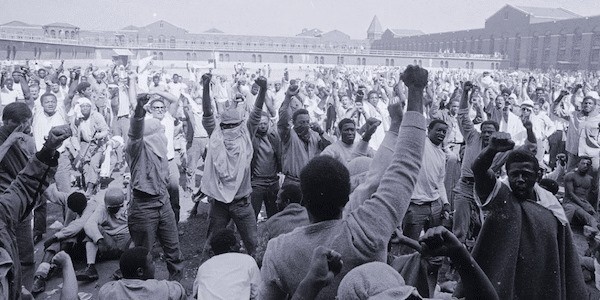 On September 9, 1971, the prisoners of Attica heroically rose up in response to inhuman conditions of torture in one of the largest prison rebellions in U.S. history. It took place during a growing period of ferment inside of prisons and jails and the growing struggle for Black, Brown and Indigenous liberation taking place outside the prison. Prisoners put forward a list of 27 remarkable demands.

After 4 short days, Gov. Rockefeller ordered the storming of Attica prison. With helicopters flying overhead, close to 1,000 state troopers, national guard troops and prison guards fired into the yard, killing 39 people and wounding 85 in what can only be described as a massacre.

The press screamed that the 10 captive guards who died had their throats slit. But autopsies showed that all 10 had been shot to death by Rockefeller’s storm troopers.

FOR ALL OF OUR SAFETY: Masks required and the event is outside with social distancing

“A brotherly salute to the heroic people of Cuba, who…