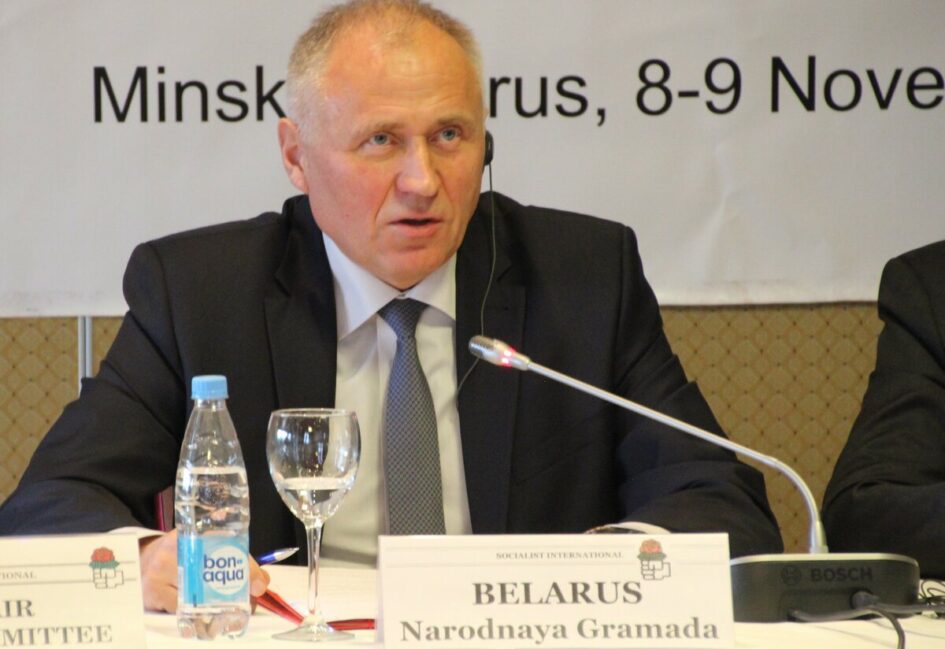 Mikalai Statkevich has been persecuted over many years as a result of his opposition to the Lukashenko regime. As a presidential candidate in 2010, he was arrested and imprisoned for five years, and in May 2020, prior to the last presidential elections, he was again arrested and imprisoned under harsh conditions, where he remains to this day. He is falsely accused of organising mass disorder, stopping the activities of the electoral commission and inciting hate, with the total absence of any presumption of innocence. He has been denied contact with his family throughout his latest period of imprisonment, causing additional pain and suffering, and it is likely that when he is tried the proceedings will be concealed by the authorities and take place in closed court. On 6 May 2021, Syarhei Sparysh was sentenced to six years in a penal colony on charges relating to using Telegram as a messaging channel, which he had nothing to do with. He has also been falsely accused of preparing for riots and obstructing the work of the electoral commission.

The Socialist International reiterates its call for the immediate release of Mikalai Statkevich, Syarhei Sparysh and all other political prisoners and prisoners of conscience in Belarus and urges the international community and its member parties to increase pressure on the Belarusian authorities. The only acceptable outcome in Belarus is for the will of the people to be heard and for free and fair elections to be held, with independent vote monitoring. Those responsible for state sponsored violence and violations of human rights must be brought to justice. We express our continued solidarity with Narodnaya Hramada, its members, the Belarusian opposition and all those citizens of Belarus who continue to bravely stand against the dictatorial and authoritarian regime.

Informal Employment and the Social Reproduction of Value