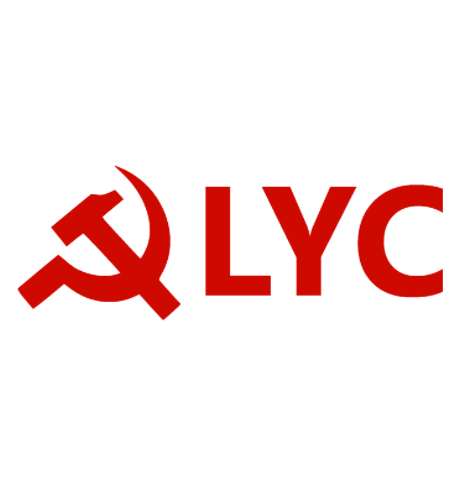 The League of Young Communists USA would like to express our firm objection to imperialist aggression and militaristic advances of the NATO-aligned countries against Russia, Ukraine, and all CIS (Community of Independent States) and post-Soviet countries.

Since 1991, the policy of the West has been to integrate the post-Soviet states into NATO, a terrorist alliance whose entire existence is to wage war against working peoples of the northern hemisphere. The aim of the United States and its European allies is to peel Ukraine away from Russian influence and integrate it into the West. This became most visible first with the 2008 Bucharest summit.

Most notably, in 2013 the external contradictions came to a head when President Viktor Yanukovych rejected a pending EU association agreement, which would establish a political and economic association between Ukraine and European Union. This, of course, was unacceptable for the Western capital and NATO. Thus erupted Euromaidan, beginning a wave of demonstrations and civil unrest in Ukraine starting on November 21, 2013, in Maidan Nezalezhnosti (Independence Square) in Kyiv. At the forefront of the marches were the many black and white portraits of two infamous Ukrainians of the past: Symon Petliura and Stepan Bandera, two notorious anti-communist and anti-semitic leaders. Thousands marched the streets adorning the Ukrainian flag, originating from Bandera’s battalion’s armbands, as well as the flag of the Ukrainian Insurgent Army who collaborated with German Nazi occupiers in 1941.

In response to the international glorification of Euromaidan, the resurgence of Ukrainian nationalism, Russophobia, and fascism, in March of 2014 a referendum was held in the Autonomous Republic of Crimea to fully join Ukraine or to be annexed by Russia. As ethnic Russians make up an overwhelming majority of Crimea, the vote to join Russia won in a landslide. This has been the essence of the so-called Russian invasion of Ukraine, of which many blatantly ignore the agency and self-determination of Crimeans. Regardless of the vote, the West and NATO-aligned countries declared Russia to have invaded Ukrainian territory, setting a pretext for further hybrid war.

On May 11th, 2014, in Donetsk, a referendum was held in the eastern city with a 75% vote in favor of independence from Kiev, thus it was declared the independence for the Donetsk People’s Republic. The city of Lugansk soon followed suit, declaring itself a sovereign state. Despite imperialist media claiming this is an additional act of Russian invasion, the people of this region known as Donbass have acted independently, stating they will be autonomous until the fascist government in Kiev resigns. Russia President Putin has rejected annexing Donbass. Kiev nonetheless has waged war on Donbass, throwing hundreds of thousands of Ukrainian men to their death, fighting their own compatriots for the greed of the region’s oligarchs. Under the Soviet Union, Ukrainians and Russians coexisted throughout the republics as Soviet people, largely without the ethnic conflicts we see in the region at present. Today, we see the fatal consequences of capitalism, both in Ukraine and Russia, exacerbated by imperialist forces in the West. Where imperialism leaves war and death, socialism brings camaraderie and peace.

We must also lament and carry the legacy of our 48 comrades who were murdered by the Euromaidan far-right protestors in Odessa on May 2nd. Our comrades rallied on May 1st to commemorate International Workers Day and on May 2nd, found themselves at the end of the barrel by Neo-Nazis. Among the martyrs is 17-year-old young communist Vadim Papura who was beaten to death by the pro-Maidan forces.

Behind every Neo-Nazi group, behind every right-wing protest to push Ukraine into the hands of NATO lies a Ukrainian Western-funded NGO. Throughout the tragic events of Euromaidan lies the work of the NED/CIA. What has this done? It decimated the material conditions for Ukrainian people, driving Europe’s breadbasket to becoming the second poorest in Eastern Europe. It brought mass exodus out of the country, fleeing worsening economic conditions, poverty, and civil war, driving Ukrainian immigrants into the hands of exploitative western capitalists as cheap labor. It has brought early death for thousands of young Ukrainians who found their lives cut short behind the end of a barrel by their own compatriots. Children along the frontlines of the battleground have been raised only to know war and destruction. This is the work and the legacy of Western imperialism, this is the consequences of Western-funded color revolutions.

As such, we stand vehemently against further aggression in Ukraine which is created not by Russia, but by US-EU imperialists and Ukrainian compradors. As communists, we seek reunification of all working peoples, as a reminder that the Ukrainian working class has the same interests as the Russian working class, as the American working class. As the working and poor of the world, we cannot stand idly by while the ruling class sends us to die for their greed. NATO must be abolished as an institution for the peace and prosperity of the working class.

No to US-EU and NATO aggression!

No to Ukraine joining NATO!

Behind NATO’s ‘cognitive warfare’: ‘Battle for your brain’ waged by Western militaries

Ukrainians Are Far From Unified on NATO: Let Them Decide for Themselves