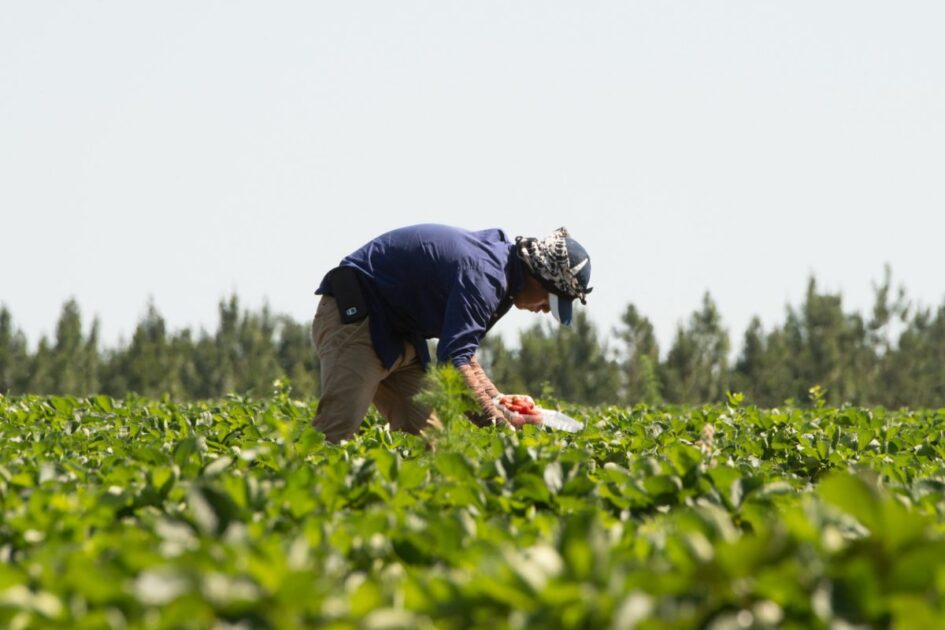 On Jan. 7, Maine’s governor, Janet Mills started off the year by vetoing LD 1711, a bill that would have granted farmworkers the ability to bargain for better wages, hours, benefits, and working conditions. It would also have given workers more opportunities for recourse if they experienced sexual harassment or wage theft while on the job.

Mills, who works closely with the Maine Potato Board and the Maine Farm Bureau, organizations run by industry bosses, said in a statement that the bill would increase the spending burden on the agricultural sector and that she would not “subject our farmers to a complicated new set of laws that would require them to hire lawyers just to understand.” After delaying action on the bill for nearly six months, Mills made the decision to sacrifice the rights and safety of farmworkers in favor of preserving Maine’s agriculture profits.

In response, the Maine AFL-CIO said, “If a worker steals from their boss you can bet they will suffer consequences, but employers too often get away with stealing from workers. Without this bill, more Maine workers will find they have no recourse when they are stolen from or abused in the workplace.”

Farmworkers are numbered among the professions most vulnerable to wage theft, thanks to lack of access to the legal system attributed to language barriers, fear of retribution and poverty. Around 75 percent of farmworkers make less than $10,000 a year – starvation wages – all while they feed the country. Intense efforts rooted in this capitalist system have been made by the ruling class for over a century to try to keep farmworkers unorganized, expendable, and replaceable.

For these reasons, farmworkers, along with domestic laborers, do not have the same rights as other workers in the United States. They were excluded from receiving the right to organize their workplaces in the National Labor Relations Act of 1935. Both these industries have been occupied primarily by Black and Latino workers, many of whom are undocumented.

Only 24% of farmworkers report being comfortable speaking English, and at least 50 percent are undocumented. Farmworkers’ statuses can be jeopardized by their employer when they speak out about poor wages and working conditions. Providing a pathway to citizenship also continues to be a key demand of farm workers.

Amadeo, a farmworker from California stated that “We work from sunup to sundown to put food on America’s tables. We work hard to support our families. We are part of the community.  We deserve not to live in fear of being separated. We have earned legalization.” (United Farm Workers on Twitter @UFWUpdates)

Despite this multiplicity of oppression, the struggle to organize the agriculture industry continues to grow, and farmworkers in both California and Maine have pushed forward legislation that would allow them to organize which could give them a pathway to fight for better pay and conditions.

Mills is actually following the precedent set by other Democratic governors in California. In 2011, Governor Jerry Brown vetoed a bill that would have protected the integrity of union elections by stopping the intimidation of workers by their bosses. In September 2021, Governor Gavin Newsom of California vetoed a similar law that would have expanded farmworkers’ abilities to unionize their workplaces by allowing mail-in ballots.

Newsom condemned the “strong-arm organizing tactics” being used by farmworkers, saying they “have no place in California agriculture,” and highlighted supposed inconsistencies in the bill. But Teresa Romero, the president of the United Farm Workers, said that he brought up no specific issues in talks about the bill. The UFW organized a 260-mile march in September 2021, beginning in Farmersville and ending in Sacramento, to urge Newsom to allow the bill to pass. But their pleas were disregarded, as Newsom accepted the narrative promoted by his million-dollar donors in agribusiness and chose to veto the bill.

California workers face especially difficult working conditions, as fires and freezing storms caused by climate change ravage the state each year, and hundreds of thousands are forced to work in inhospitable conditions. Lourdes Cárdenas, a 58-year-old farmworker from California has spent years working in inhumane conditions and expressed anger about the government’s disregard for their safety. While marching with UFW, she said, “Without that law, we’re going to continue to be humiliated and harmed.” (United Farm Workers on Twitter @UFWUpdates)

Both Democrat Governors made shallow comments in support of farmworkers generally, calling such bills “well-intentioned,” but their words cannot make up for the intense hardship they’ve caused the thousands of farmworkers in the United States by vetoing these bills. Their actions show us that both the Democrat and Republican parties have greater interests in protecting the profits of the rich agricultural companies than defending farm workers rights.

Yet despite the setbacks caused by Mills and Newsom, farm workers have made it clear that their struggle to unionize and fight for citizenship will continue.

How Maryland prisoners took on the governor