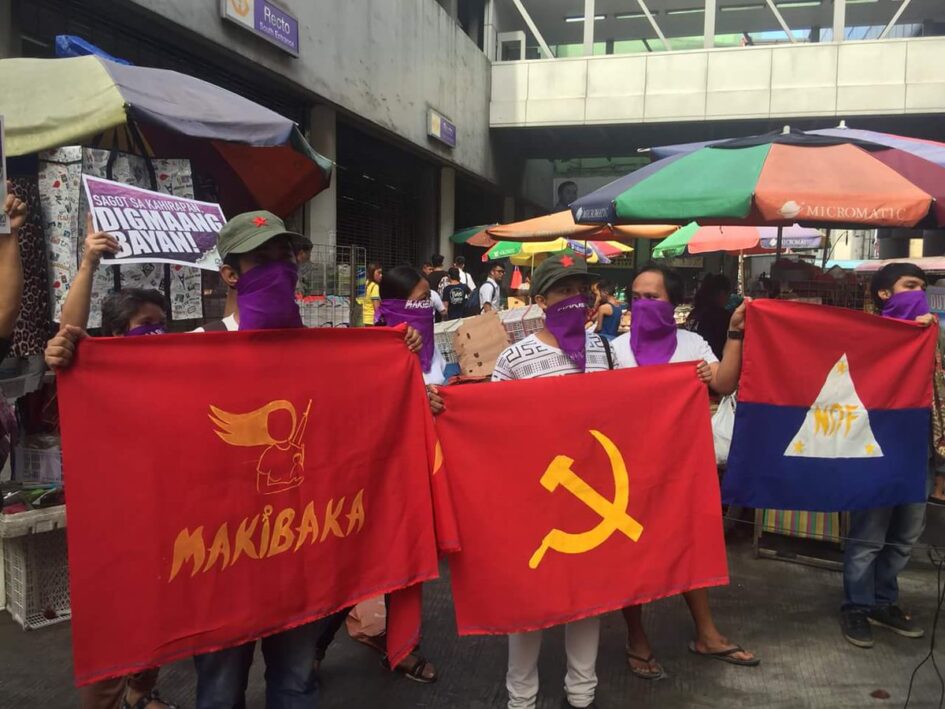 Makabayang Kilusan ng Bagong Kababaihan – MAKIBAKA, the revolutionary organization of Filipino women, joins the worldwide commemoration of International Day for the Elimination of Violence against Women.

The 25th day of November is the International Day for the Elimination of Violence against Women that is commemorated to raise awareness on the different forms of violence inflicted to women and the grim reality of its extent and scale all over the world.

However this significant date does not only pertain to gender-based violence.

Historically, November 25 is the date of the assassination of the three Mirabal sisters during the Trujillo military dictatorship. Their names, Patria, Minerva and Maria Teresa are well-remembered for their active involvement in the anti-dictatorship movement in Dominican Republic and deeply embedded in the monument of people’s heroes.

Sixty one years after the Mirabal sisters’ murder, revolution has become more and more relevant and vital. Armed resistance with socialist perspective remains the decisive path for the eradication of gender-based violence until the genuine emancipation of women.

MAKIBAKA draws inspiration from the thousands of women in the world who are taking up arms and are at the frontline of the revolution. We continue to persevere and persist until the total annihilation of the very system that oppresses us!

Violence against women – the ‘Shadow pandemic’