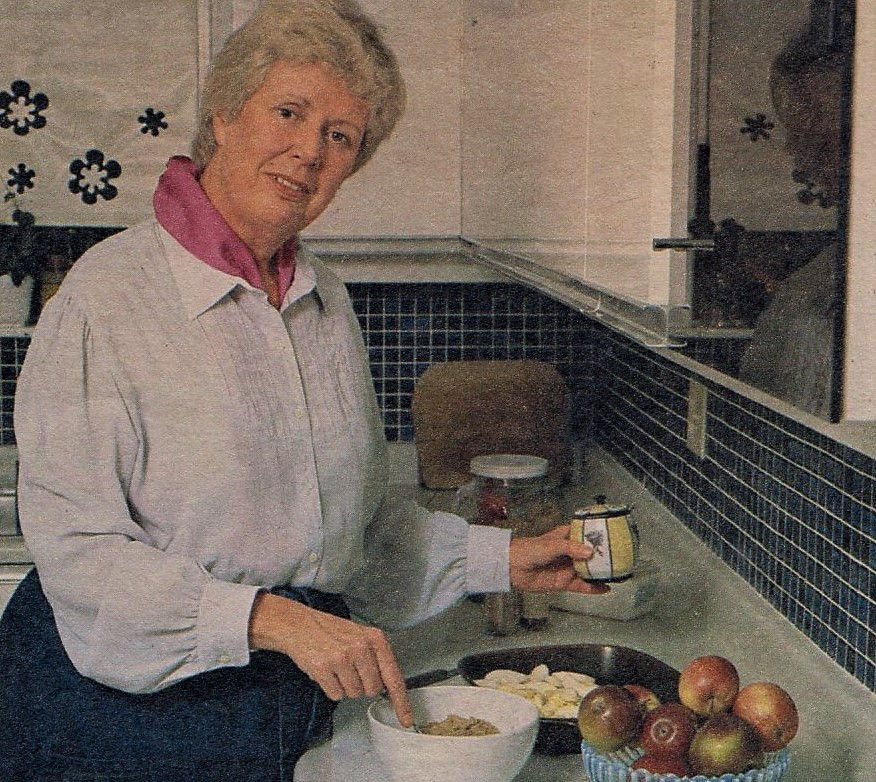 Margo Oliver ( 1923 – 2010 ) in 1982 was one of the most prominent and well-known food and cooking writers in Canada. She had a cooking column in the Toronto Star’s “Today” weekly magazine insert and released her fourth cookbook Cooking for Today that year. With more than 400 recipes of all types it was hugely successful.

Here, instead of looking at the cookbook itself we are looking at a set of promo recipes for its (at the time) upcoming release that was in Today magazine in February, 1982. These were meant as a diverse sampling of what the book would offer and has recipes like Camembert in Wine, Vegetarian Pizza, Chilied Pork Balls, Blender Banana Cookies and more.

We have also included an ad for the book from the same issue.