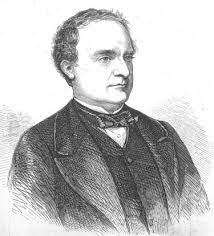 The Inaugural Address to the First International in which Marx expressed support for workers’ cooperatives, and the 1859 Preface to ‘A Contribution to the Critique of Political Economy’, were both political interventions into the working class movement by the ‘Marx party’, understood as a current of thought in the broader working class movement rather than a separate centralised organisation.  The idea that the strong views expressed by Marx in support of cooperatives in the Inaugural Address were a concession to the Owenites and Proudhonists in the International is not credible and requires implausible arguments to dismiss, what are for some, quite uncongenial views.  However, as we noted in the previous post, the Address was not the first occasion when Marx expressed support for them, if previously at one remove.

In Volume 11 of Marx and Engels Collected Works the editor has a footnote to two articles nominally written by the English Chartist leader Ernest Jones. In it he says that:

“In 1851 the Chartist weekly Notes to the People published two articles by Ernest Jones, the editor, on co-operation: “A Letter to the Advocates of the Co-operative Principle, and to the Members of Co-operative Societies” (No. 2, May 10, 1851), and “Co-operation. What It Is, and What It Ought to Be” (No. 21, September 20, 1851). They were written at a time when especially close, friendly relations had been established between Marx and Engels on the one hand and Ernest Jones, the Left-wing Chartist leader on the other.”

“Marx and Engels constantly helped Jones in his fight for the revival of Chartism on a socialist basis, in his propaganda campaign and his work as publisher and editor of the Chartist papers . . . .  On November 4, 1864 Marx wrote to Engels the following: “I happened to come across several numbers of E.Jones Notes to the People (1851, 1852) which, as far as economic articles are concerned, had been written in the main points under my direction and in part even with my close participation. Well! What do I find there? That then we conducted the same polemic—only in a better way—against the co-operative movement, since in its present narrow-minded form it claimed to be the latest word, as ten to twelve years later Lassalle conducted in Germany against Schulze-Delitzsch.”

The editor declares that the articles by Jones and the replies by a Christian socialist “show clearly the difference between the viewpoints of the Christian socialist and the proletarian revolutionary. The former saw the aim of the co-operative movement in distracting the workers from the class struggle and called for the collaboration of hostile classes and the reconciliation of their interests.”

“Jones, supported by Marx, emphasised that from the viewpoint of the workers’ liberation struggle peaceful co-operation had no prospect and that under capitalism workers’ co-operative societies could not exist for long; they would not withstand competition on the part of big capital and would go bankrupt, or else they would turn into purely capitalist enterprises deriving profit from exploiting workers. The decisive condition, Jones said, for the workers’ co-operative societies to be really of use to the working class was that the latter win political power in order to reorganise the existing system in the interest of the working people.”

“Of Jones’ many articles on co-operation the two mentioned at the beginning of this note are included in this volume because they most vividly reflect the influence of Marx’s views on Jones and show clearly that Marx in fact took part in writing them.” (Collected Works Volume 11) p. 57

The spin by the editor would leave the impression that Marx, through Jones, was an opponent of workers’ cooperatives and that their existence was merely a prelude to the conquering of political power.  Their character, as described by Marx in the Inaugural Address to the First International, demonstrates a quite different view of their significance and prompts a wholly different reading of the articles.

Far from seeking to minimise their significance Jones argues, as does Marx in the Address, that they should be expanded.  As to the overall approach to their contemporary advocates Jones says that he writes as “the real friend of co-operation” and that:

He notes that the objectives of cooperation are to “destroy profitmongering. . . put an end to competition and . . .  to counteract the centralisation of wealth” but that in its present form it fails in all of these:

In the second article he states that

“Therefore, the present plan is not true co-operation; it is essentially hostile to the spread of associated labour; instead of ending profitmongering, it renews it; instead of abolishing competition, it recreates it; instead of abrogating monopoly, it re-establishes it, and is the death-blow to the hopes of labour’s emancipation.”

In the first he argues that “. . .  the co-operative system, as at present practised, carries within it the germs of dissolution, would inflict a renewed evil on the masses of the people, and is essentially destructive of the real principles of co-operation. Instead of abrogating profitmongering, it re-creates it. Instead of counteracting competition, it re-establishes it. Instead of preventing centralisation, it renews it—merely transferring the rôle from one set of actors to another.”

But, he states, “here again I admit that co-operation on a sound basis is salutary, and may be a powerful adjunct towards both social and political emancipation.”

“Then what is the only salutary basis for co-operative industry? A national one. All co-operation should be founded, not on isolated efforts, absorbing, if successful, vast riches to themselves, but on a national union which should distribute the national wealth. To make these associations secure and beneficial, you must make it their interest to assist each other, instead of competing with each other—you must give them unity of action, and identity of interest.”

Jones ends the first article by saying that “I have given the difficulties in the way of the co-operative movement—not with a view to discouragement—but that by seeing the dangers, we may learn how to avoid them.”

In the second article he explains a bit more what is meant by this:

“People imagine if a few individuals co-operate together to start a trading concern and make as much money as they can, that this means co-operation in the real sense of emancipated and associated labour.

Nothing of the sort! If that were so, every railway, banking, or shipping company would realise the true principles of co-operation.

By co-operation, a very inadequate word, by the way, we mean the abolition of profitmongering and wages-slavery, by the development of independent and associated labour. But this can be established only on the basis of the following principle already laid down in this article.’

No man has a right to take more from society, than the value of that which he confers upon it.”

In the first article the watchword is “Nationalise Co-operation”; not in the sense of seeking state ownership, but the extension of cooperatives to national dimensions through seeking their growth and development, not through competition with each other but through cooperation.  The further development of economic relations today requires that the corresponding demand would be to call for the extension of cooperation on the international level.

The argument by Jones, and through him by Marx, is not that the conquest of political power is not vital but that cooperation would strengthen the unity and power of the working class and make it better able to resist the attacks of the capitalist class by the state.  It does not reduce the importance of the conquest of political power but illustrates the necessity for it to protect and advance the cooperative power of the associated producers, the working class.

Many of today’s Marxists understand none of these points, but on the contrary, routinely argue that the state that is the enemy of the growing power of the working class should be hailed as its benefactor, so that instead workers ownership should be discarded for the objective of state ownership!  Such is the degeneration of political understanding of much of today’s Marxist movement.