Marxism 2021 in Sweden: revolutionary forces on the march

With over 150 enthusiastic revolutionaries in attendance, the Marxism 2021 school that took place last weekend in Gothenburg was a resounding success. Organised by Revolution, the IMT in Sweden, it was centred on Marxist theory, to arm those in attendance for the class struggles to come. “This is a preparation for intensified class struggle, for socialist revolution in our lifetime”, explained comrade Thea Wilhelmsson in her address to the first session.

Revolutionary opportunities were the theme of this session, entitled “The world on fire: pandemic, crisis and revolution”, led off on by Niklas Albin Svensson of the International Marxist Tendency. He stressed that the wave of class struggle across the world is rooted in the fact that the capitalist mode of production has become an obstacle to the further development of humanity:

These millions of deaths disproportionately affect the poorest parts of the world. Out of a population of 1.2 billion people in Africa, only 77 million have received two doses of a coronavirus vaccine. At the same time, the economic consequences of the crisis of capitalism are brutal: mass unemployment, poverty and starvation. All of this creates the basis for rising class consciousness and militancy. 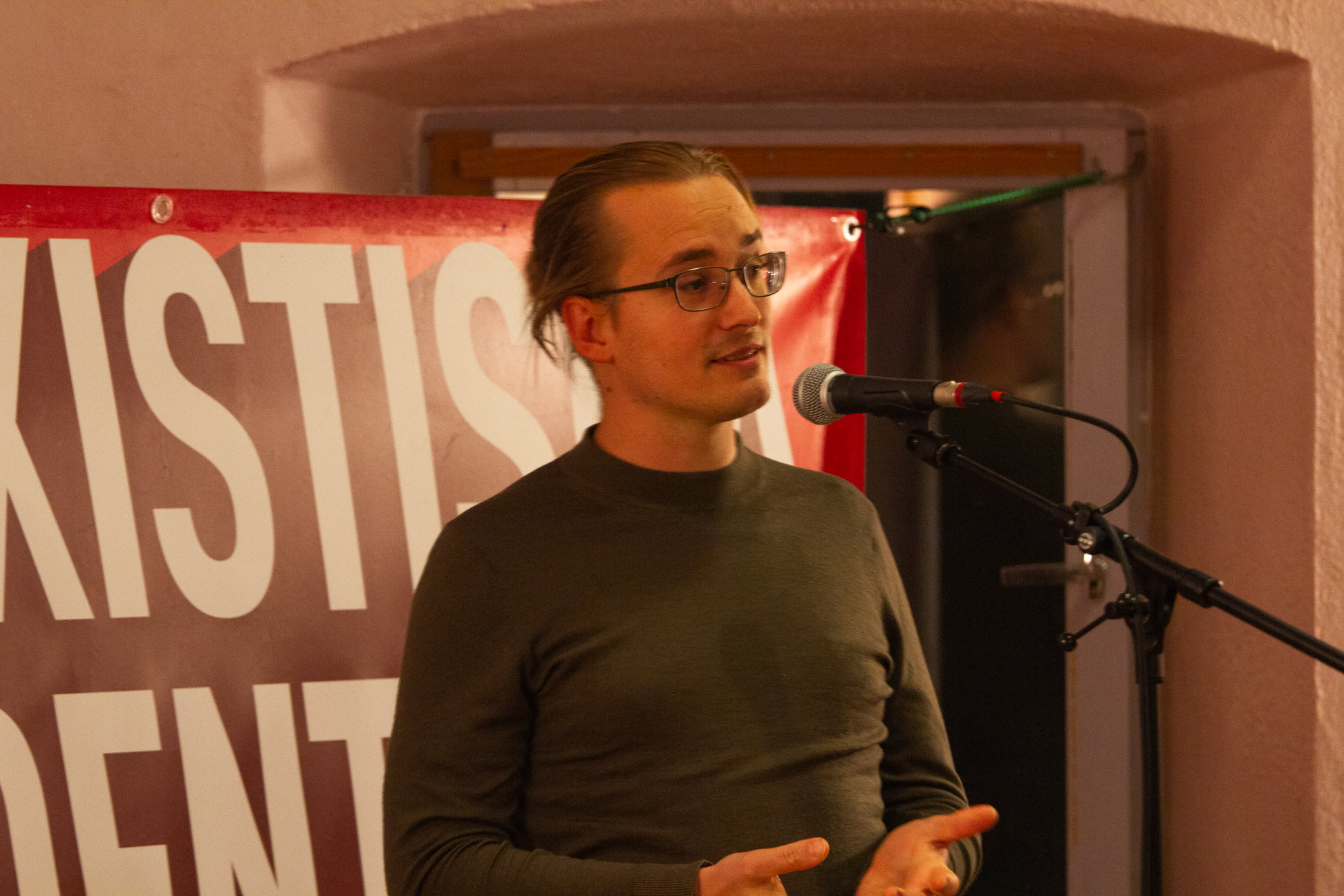 “The question is not whether the coronavirus pandemic is worse than previous ones: the question is whether society, with its present resources, should have been able to manage it better? There is no doubt that the answer is: ‘yes’” / Image: Revolution

Many speakers stressed the strength of the enormous mass movements that have swept the globe since 2008, marking the beginning of a revolutionary period. But as Lenin explained, there can’t be a revolutionary movement without revolutionary theory. Marxist philosophy lies at the heart of scientific socialism, which is why the session “In Defence of Materialism” was dedicated to dialectical materialism, developed by Marx and Engels as a weapon of the working class.

Comrade Stefan Kangas explained in his lead off that, in a society split into antagonistic classes, there will inevitably exist different and opposing world views. Under capitalism, this means one worldview reflecting the interests of the ruling class, and another reflecting those of the revolutionary proletariat. Our task is not to squabble over words and formulations, but to struggle to change reality through a socialist revolution. But in order to change society we must first understand it.

Sessions like “Marxism or postmodernism” and “Capitalism on steroids: Keynesianism and the MMT”, deepened attendees’ understanding of the Marxist method and how capitalism works. The importance of theory was the focus of sessions such as “Left-wing populism or revolution: Can capitalism be reformed?” and “Cuban revolution and the imperialist threat”.

There were also discussions of some of the key developments in the world class struggle. For instance, comrade Fredrik Albin Svensson emphasised that we must defend the gains of the Cuban Revolution, which is facing pressure from a counter-revolutionary protest movement, supported by imperialism:

“Cuba abolished capitalism and became a source of inspiration for the oppressed masses of the whole world. One tiny island successfully stood up against the world’s most powerful imperialist power – and this the bourgeoisie will never forgive them for. In the workers movement, at schools, on the streets: every revolutionary must defend the Cuban revolution against the attacks of the imperialists.”

Lotta Angantyr, a supporter of Socialist Appeal in Britain, stressed the conclusions young people across the world are drawing in her lead off for the session, “The struggle in Labour: Keir Starmer against the Marxists”. Among young people in Britain, 67 percent would prefer to live under a socialist economic system. “There has never been a better time to be a Marxist”, Angantyr concluded. 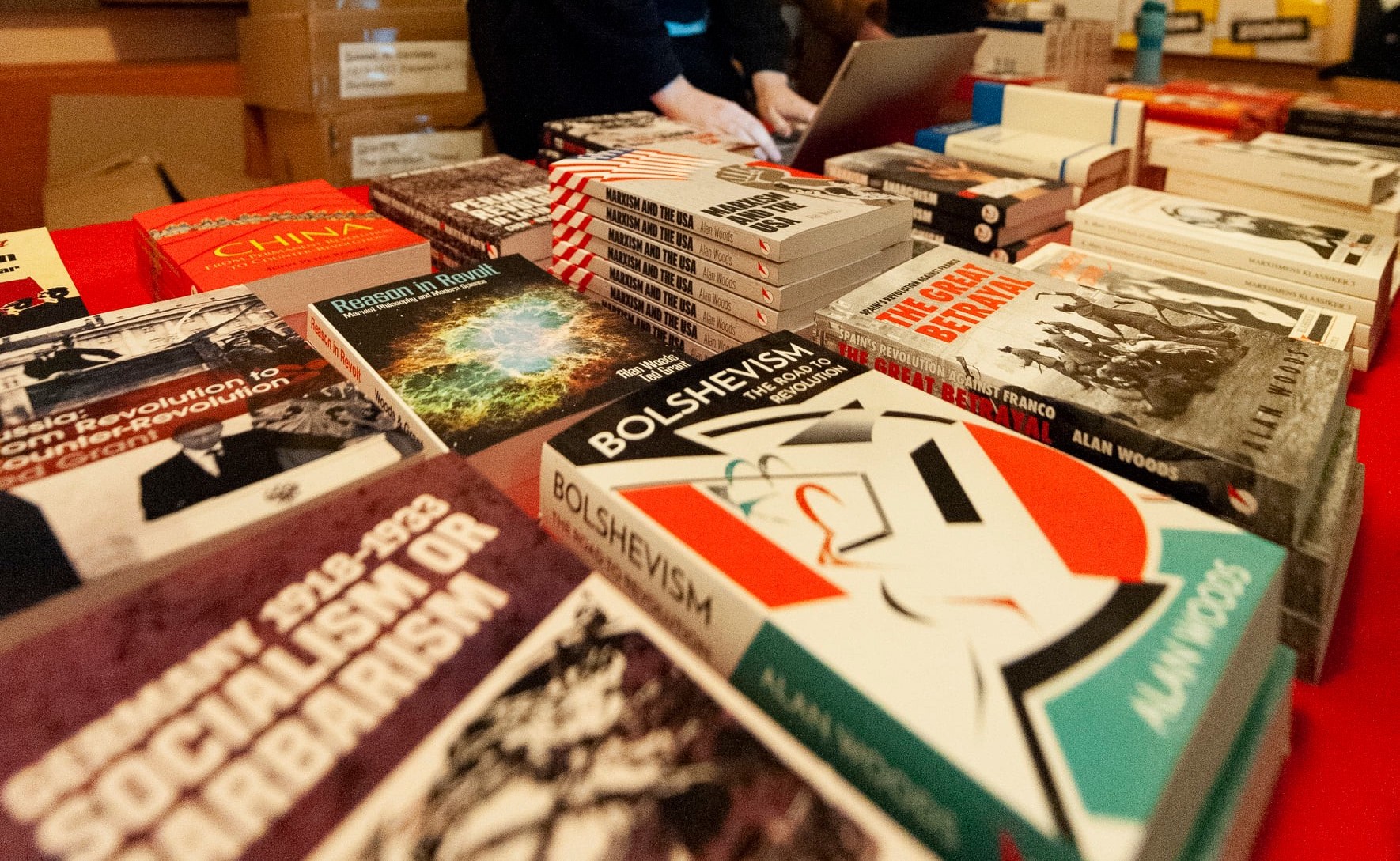 Many spoke particularly highly of the session “Queer theory, transphobia and radical feminism: a Marxist reply”. Ylva Vinberg emphasised that the struggle against oppression is an inseparable part of the class struggle: “The tiny advantages that some workers might receive by not being affected by a certain oppression, is nothing compared to what you can win through collective struggle on the basis of shared class interests.”

On Sunday afternoon, there was a session called “Fires, droughts and floods: climate catastrophe or revolution?”, in which the speaker, comrade Jennifer Österman pointed out that just 100 large companies are responsible for 71 percent of global greenhouse gas emissions, underlining that the fight against capitalism must go hand in hand with the fight against the climate crisis:

“We have the technology and knowledge needed to save the planet, but the bourgeoisie have no interest in using it. Their interest is to make profit at every cost. We can’t solve the crisis with the bourgeoisie in power: we have to take power and solve it ourselves.”

This was also the message of Ylva Vinberg in the final session of the weekend, “Socialism in our lifetime”. She quoted the Spanish revolutionary Durrutti:

“We are not in the least afraid of ruins. We are going to inherit the earth, there is not the slightest doubt about that. The bourgeoisie might blast and ruin its own world before it leaves the stage of history. We carry a new world, here, in our hearts. That world is growing this minute.”

All the conditions of a successful socialist revolution exist in the world – all but a revolutionary leadership. Noting the deteriorating conditions for workers in Sweden, and the processes taking place worldwide both under the surface and in open class struggle, Ylva Vinberg finished off the weekend with a flaming appeal to get organised:

“If we decide to do everything in our power to build the organisation required to carry out a socialist revolution. Then we will overthrow capitalism. Then we will save humanity. Then we will see socialism in our lifetime.”

“If we decide to do everything in our power to build the organisation required to carry out a socialist revolution. Then we will overthrow capitalism. Then we will save humanity. Then we will see socialism in our lifetime” / Image: Revolution

Sweden one year on