Marxism on the Rise 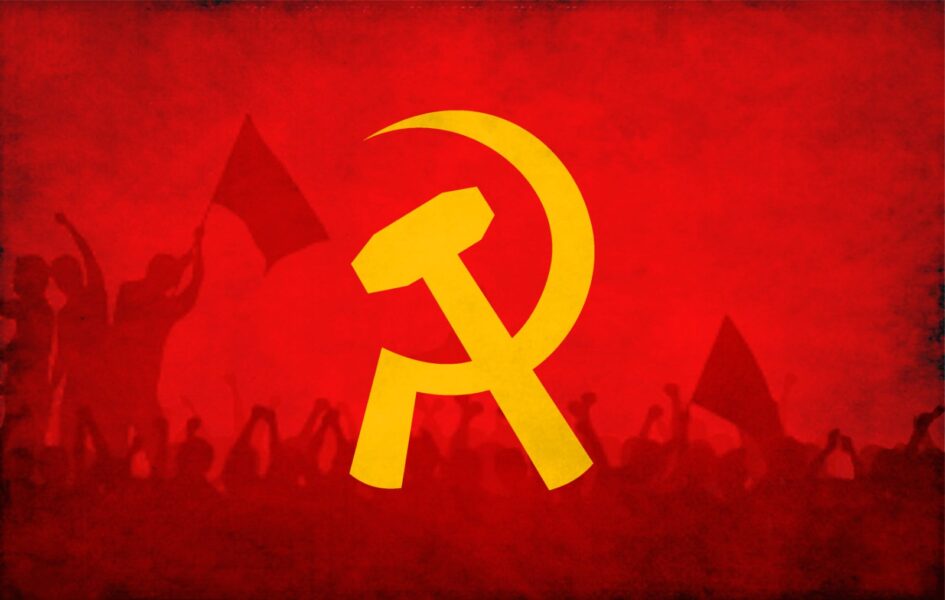 Editorial for issue 28 of Socialist Revolution magazine. Subscribe now to get your copy!

Twenty years have passed since the September 11 attacks accelerated human history, and much has been made of that fateful day. However, to properly understand what led to those events and what has happened since, we must dial the clock back another decade to an even more significant historical turning point: the collapse of the Soviet Union.

The vast potential for transforming the world in the aftermath of the Russian Revolution was squandered and strangled by the Stalinist bureaucracy that usurped the working class after the death of Lenin. Decades of hypocrisy, ineptitude, and narrow self-interest led to economic sclerosis, and the machinery of the state and the economy ground to a halt.

At the time, the emboldened strategists of capital gloated at their apparent victory, salivating at the hundreds of millions of workers and vast natural resources they could now sink their claws into. They promised a “Pax Americana,” an epoch of peace, stability, and freedom under the aegis of US imperialism. Socialism, communism, and Marxism were dead and buried, and the “end of history” was declared. But these imperialist pipe dreams resulted only in perpetual war, instability, and the de facto enslavement of millions.

And far from total domination, the last three decades have seen the steady decline of the most fearsome economic and military force ever to dominate the earth. Blinded by their limbic faculties of reasoning, the defenders of capitalism could not understand what comrade Ted Grant, one of the founders of the IMT, did: that the dramatic fall of the USSR was merely a prelude to an even greater human drama—the fall of world capitalism and the rise of genuine socialism.

Because what fell in the USSR was neither socialism nor communism and had absolutely nothing in common with revolutionary Marxism. The ignominious demise of the world’s first soviet republic represented a world-historic setback and a cataclysm for the peoples of the former Soviet Union. Nevertheless, the implosion of the putrid bureaucracy set the stage for a historic reckoning between the classes on a global scale.

Capitalism is historically exhausted and can survive only by tearing back everything won by the workers in the past through struggle. The capitalists must keep generating capital or be run out of business. But the working class will not take these attacks on its quality of life and dignity lying down. Although the precise details, rhythms, minor victories, and defeats of the struggles to come cannot be anticipated in advance, anyone with the slightest grasp of history can see that the workers and capitalists are on a collision course for a decisive showdown.

This explains the impotence of the hapless Joe Biden, whose relative honeymoon among millions was predicated mainly on his not being Donald Trump. But the president’s airy promises to the workers have rapidly run up against the very real limits of a system based on private ownership of the means of production in the pursuit of profit. As every worker knows, promises won’t pay the rent or provide everyone with quality jobs, healthcare, and education.

Just months into his tenure, Biden’s tepid legislative initiatives have been stalled by his own party. The pandemic has come roaring back due to a crisis of confidence in the institutions of the system. Wealth inequality is greater than ever, and inflation is cutting ever deeper into purchasing power. Millions have been unceremoniously thrown off unemployment, and millions more face eviction.

The Democrats have revealed their total inability to defend basic rights like access to abortion or even voting. This is the best the liberals can offer, and they are actively paving the way for the triumphant return of Donald Trump or one of his political clones. In short, the crisis of Biden’s presidency is a function of the crisis of the system he represents.

The term “disaster capitalism” was first used to describe how capitalists swoop in to profit off the misery of those hit by hurricanes and earthquakes. But capitalism itself is the disaster, especially when it comes to the clear and present danger posed by the climate calamity. Little wonder a recent survey of young people aged 16–25 in ten countries found a majority “feel betrayed, ignored, and abandoned by politicians and adults.” 75% think the future is frightening; 65% think governments are failing young people; 56% think humanity is doomed altogether.

Many, however, also expressed hope. The potential for a different world is absurdly evident, especially to the youth. But humanity’s collective course can be corrected only if we break once and for all with capitalism and its institutions. Both the anxiety and the hope for the future must be transformed into action. The way forward was charted over 170 years ago with the birth of Marxism.

As far back as 1848, the authors of the Communist Manifesto understood that “the bourgeoisie is unfit any longer to be the ruling class in society and to impose its conditions of existence upon society as an overriding law. It is unfit to rule because it is incompetent to assure an existence to its slave within his slavery…  Society can no longer live under this bourgeoisie, in other words, its existence is no longer compatible with society.”

These words ring truer than ever today and form the basis for the renewed rise of Marxism. Marxist ideas are neither a blueprint nor a recipe book; they are a living, dynamic method to be studied and practiced. Far from rigid ramblings, they are a guide to action. They are not to be memorized by rote, but actively applied to change the world. Dedicating oneself to fighting for socialism is not a lifestyle choice but a commitment to fight for the revolutionary uprooting of the structures that have dominated us for centuries, to be replaced by genuinely human ones that will allow us all to reach our full potential.

Despite the craven capitulation of the labor leaders before big business, 77% of Americans aged 34 and younger have a favorable view of unions. Sick and tired of both major parties, 62% of US adults say a third party is needed, up from 57% in September 2020. And last summer’s earth-shaking protests revealed the revolutionary potential that resides in the “belly of the beast.” All of this shows that there is an instinctive yearning for a united fight back. The passion, creativity, and energy of the youth must be taken into the workplace and into politics.

As the media constantly tells us, American society is deeply divided. But they never mention that the fundamental division is into classes. The so-called “culture war” is noise intended to distract and disorient. Class politics, which starts from the premise that the interests of the workers and the capitalists are diametrically opposed, is the only way to cut across the confusion now clouding the minds of millions.

The experience of life under capitalism will do most of the clarifying, but revolutionaries trained in Marxist theory also have an indispensable role to play. We must make it clear—first to thousands, then to millions—that genuine socialism means revolution, not reformism; not bigger government, but a different kind of state altogether; not a rearrangement of the status quo, but a fundamental reworking of humanity’s social and property relations.

To make this happen in our lifetime, we need to build the American incarnation of Bolshevism. We must be implacable in theory and flexible in tactics, tirelessly surmounting every obstacle as we connect with and raise the consciousness, confidence, and unity of the working class. Far too many generations have had to stagnate and suffer under the yoke of an antiquated system based on exploitation, oppression, and division so a handful of social parasites can live an unimaginable luxury and ease. The capitalists may have the money, but we have the numbers, ideas, and above all, a world to win.

The Relevance of Otto Bauer and Austro-Marxism Today

Bolivarianism and Marxism—Commitment to the Impossible in Defense of Utopia