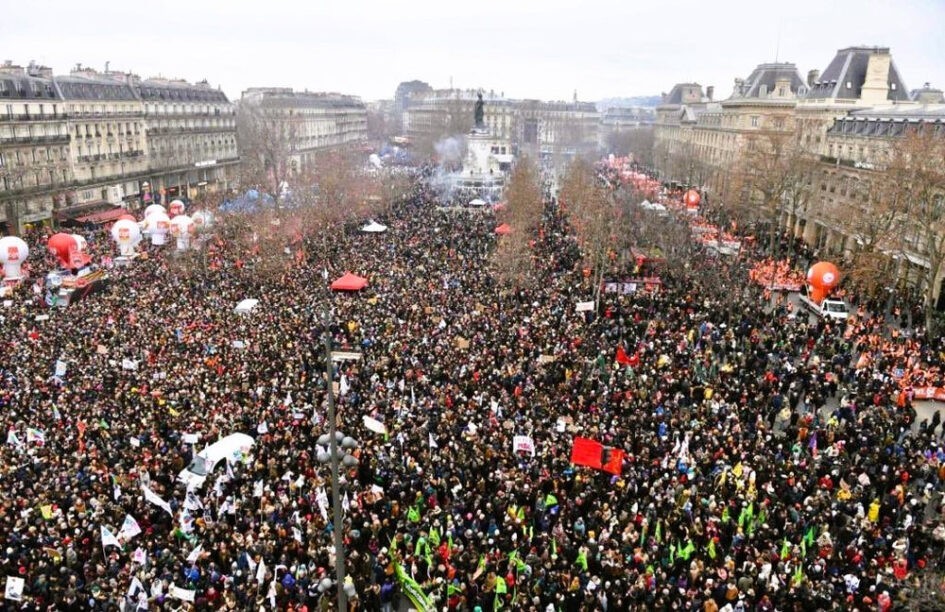 Hundreds of thousands of workers went on strike and marched in Paris and in other cities and towns all across France in opposition to President Macron’s push to “reform” pensions by raising the retirement age from 62 to 64 while also raising the number of years of work it takes to qualify for a pension.

According to the French Communist Party (PCF):

More than 2 million people mobilized across France on January 19 participating in demonstrations against the pension reform. And major strikes have begun in many sectors.

The PCF salutes the trade union organizations that organized this historic mobilization, which marks a huge success for this first step in the response to the government’s project.

Emmanuel Macron has challenged the country. The response of the French is powerful and clear: “We do not want this pension reform!”

The move by Macron is deeply unpopular and opposed by 68% of the French public according to recent polls.

More strikes and protests are being called for January 23 and 31.

The PCF is calling for Macron’s proposals to be put to a referendum and is countering his reactionary plan with a call to lower the age for full retirement benefits to 60.

Support strikes at universities across Britain

Portugal: Health, Pensions and Labour Constitute the Deadlocks on the Left