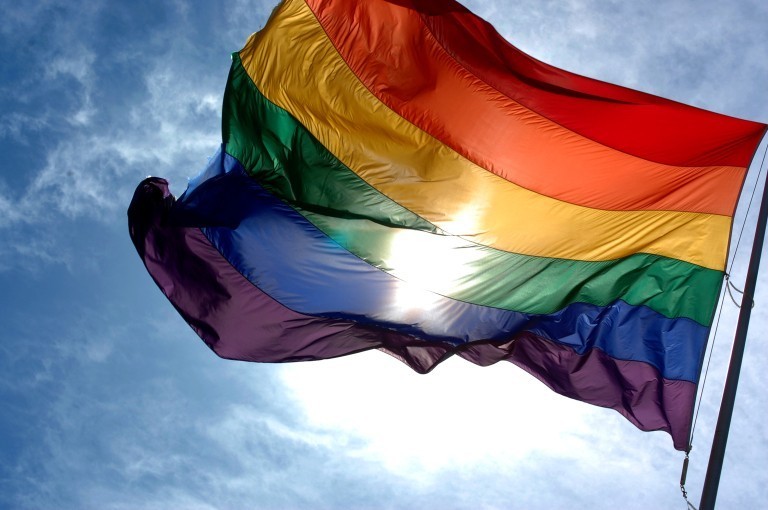 We asked members of the American Party of Labor from across the country to tell us what pride means to them, as Marxist-Leninists in the heart of US imperialism. We give their answers here, without revision.

For me, Pride means righteous anger. My celebration for the incremental progress we have made is tainted by the ongoing social, legal, and economic injustices against our community. I devote this month to remembrance of those we have lost and commitment to building a truly egalitarian future for people of all genders and orientations.

I still remember just entering high school around the time that the debate over gay marriage was just beginning to take national precedence, and at a time before I had come to understand anything about my own sexuality or gender, recognizing that this was a momentous step forward for the country. Over the years my political development from a young, radically inclined teen to a class conscious adult has gone hand in hand with a deepening understanding of myself and the world around me, and the struggles which continue to be fought for and defended. Being an open and proud Non-Binary Marxist-Leninist, I’ve not only grown a deeper understanding and appreciation for the early fights of the modern LGBTQ+ struggle, but also for the fact that the fight is far from over; That with each victory gained, and with every new territory conquered for the rights and respect of fellow members in the community, we must continue to push forward for those whose recognition and respect lags behind those who’ve seen their battles being won. In that light, as both a communist and a queer person, I see Pride as a celebration and as a constant reminder to remain ever vigilant for attempts to reel back our freedoms, because the bigots and reactionaries who never wanted us to be open and a part of their society have never gone away, and to their eternal dismay, neither will we.

Many “left” critics of communism will be the first ones to throw all kinds of excuses at queer communists such as “x dictator banned homosexuality” and they have always been the first to criticize the communist countries and THEN the capitalist’s homophobes because their vision is flawed, they do not see class society, and the LGBTQ community is nothing more than their political leverage, a primary ingredient in their anticommunist propaganda. It doesn’t matter to them that the USSR’s laws on homosexuality never targeted adults and was praised for its progress at the time, they don’t seem to know that Cuba legalized homosexuality in 1979 while the United States would not do the same until 2003. Where is their praise for the German Democratic Republic’s enshrinement of rights for same-sex couples, up to and including adoption? Or the fact that the GDR, like Cuba, would include transition therapy and sexual reassignment surgery in their socialized healthcare networks? They are silent. I am a proud Marxist-Leninist AND a proud bisexual, non-binary person and my queer siblings and I are unphased by the lies of liberal hucksters and reformist prostitutes. Identity politics will not free the LGBTQ community, which has always been predominantly proletarian, only socialism will free us and all of humanity from prejudices and conflict, only we ourselves can break our chains and in that revolutionary heritage we must uphold the bravery of Stonewall. Remember the words of Enver Hoxha when he said, “The Marxist-Leninists are not conservative or fanatical, as the revisionists and bourgeoisie charge. On the contrary, they are the most progressive people, resolute fighters against everything outdated and backwards.” Pride without action is an empty sound, and we can no longer tolerate the silence.

Pride, to me, in essence is a show of resistance against prevailing power structures. As the month of June, the month of our Pride, is commoditized by the corporations that kill and exploit us — and the entirety of the proletariat — pride loses it’s meaning to me. Pride is resistance, and our ideas of resistance are antithetical to the capitalist class that co-opts our rainbows and our culture. They kill us all the same. Pride, in the year 2021, rings loudly in my mind as a need, a mission, to restore it’s revolutionary essence. It has lost meaning, and we need to take it back from the ever-so-taking corporations and capitalist institutions.

Pride for me is about a right to be who I am, in public and private. It is about the right to be myself without fearing that I will come under harm for my gender expression or sexuality. It is about coming together as well, with my comrades, and fighting for the right to be ourselves. This is what pride represents to me.

‹ A Socialist Autopsy on Biden’s First Hundred Days
APL Presentation at the 25th SIPRAL: The United States—An Empire in Crisis ›