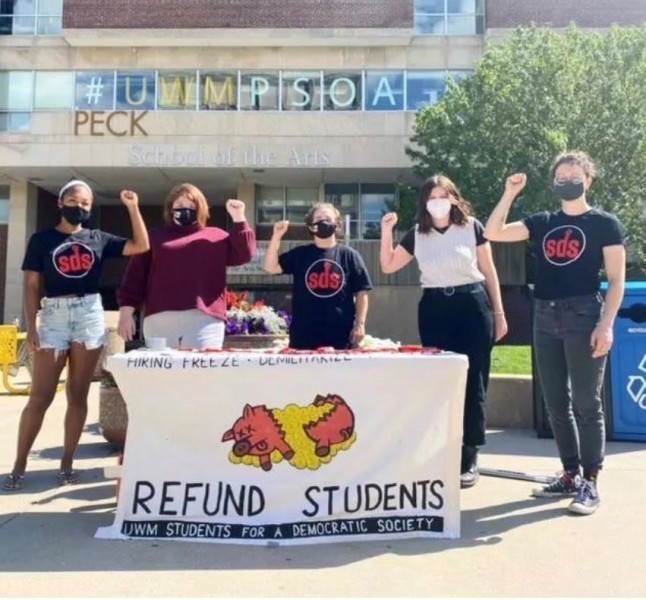 Milwaukee, WI – On September 9, Students for a Democratic Society (SDS) at UW-Milwaukee, in conjunction with chapters across the country, held a day of action demanding justice for victims of police violence. The day of action consisted of a call and email campaign to pressure Chancellor Mark Mone to adhere to the demands of SDS.

The only response received by SDS from the chancellor has been that he will “respond substantively by the end of the week,” which he has failed to do at the time of this writing.

In addition to call of action, the recruiting efforts taken by SDS yielded favorable results. There was a high interest amongst new students who also recognized that $3 million for a campus police budget, especially on a campus such as UW-Milwaukee, is just way too high.