Minneapolis: NO War with Russia! Fund human needs, not another war!Saturday, February 5 – 11:00… 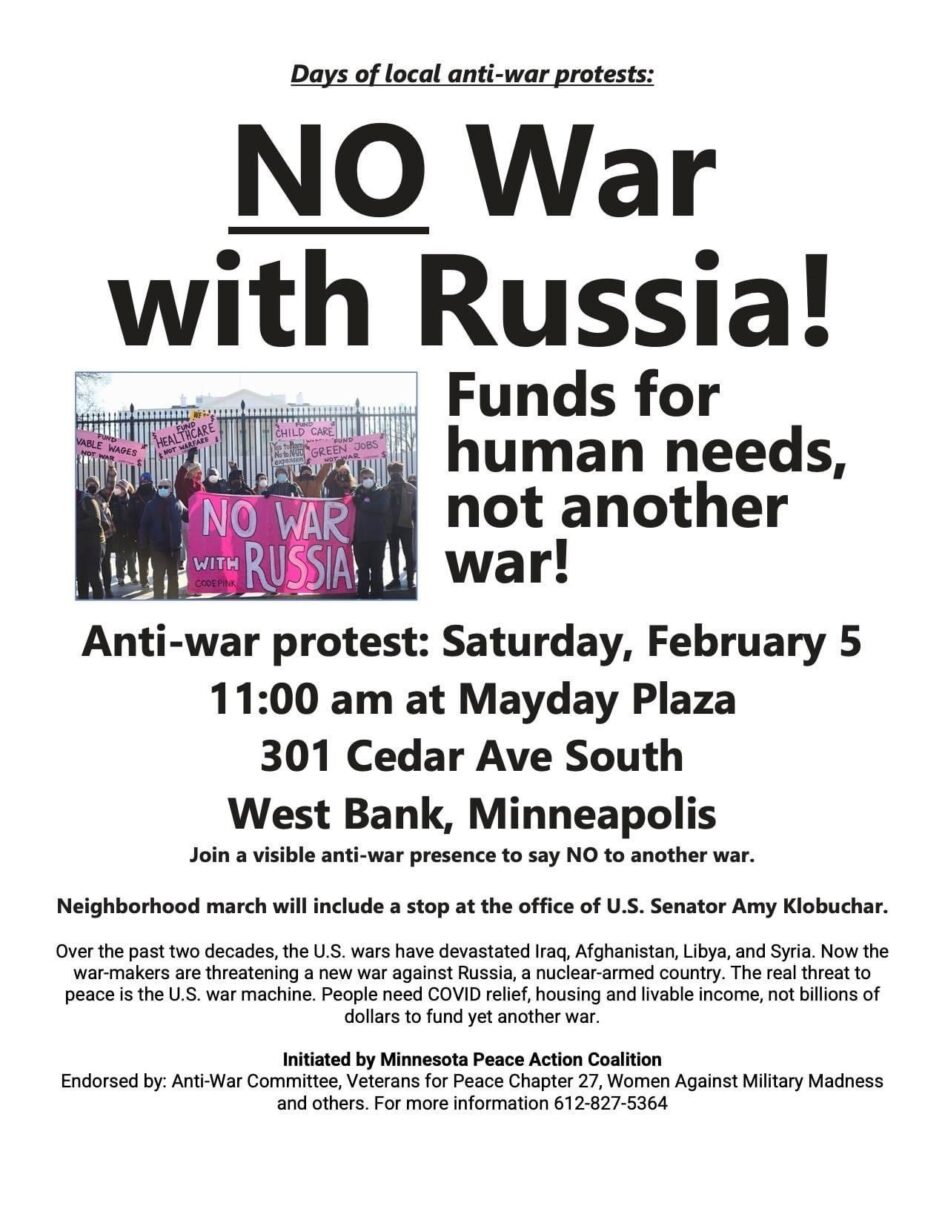 Join a visible anti-war presence to say NO to another war.

Neighborhood march will include a stop at the office of U.S. Senator Amy Klobuchar.

Over the past two decades, the U.S. wars have devastated Iraq, Afghanistan, Libya, and Syria. Now the war-makers are threatening a new war against Russia, a nuclear-armed country. The real threat to peace is the U.S. war machine. People need COVID relief, housing and livable income, not billions of dollars to fund yet another war.

Endorsed by: Anti-War Committee, Veterans for Peace Chapter 27, Women Against Military Madness and others.