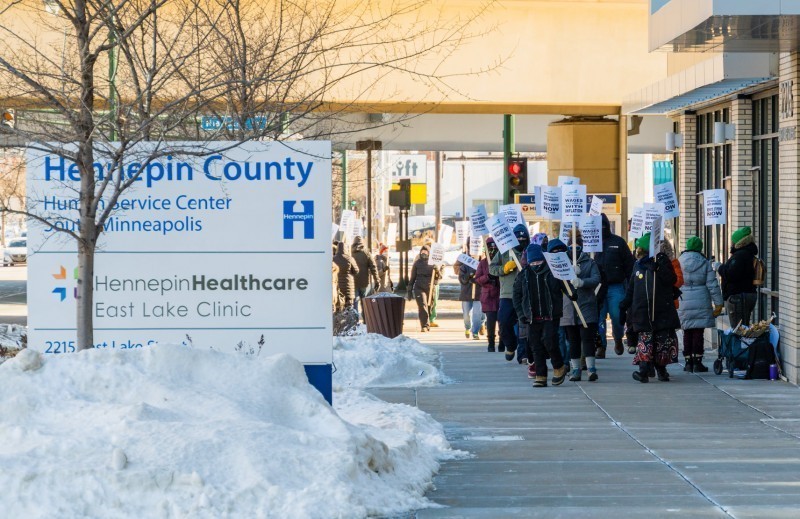 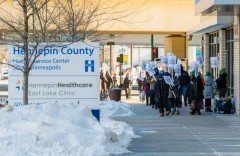 Minneapolis MN – A looming strike was averted when AFSCME Local 2822 came to a mediated settlement with Hennepin County, January 27. The agreement comes one day after Local 34 also reached a tentative deal. Workers represented by these two locals will begin voting on the contract February 2, the first day workers were poised to walk out. The bargaining committees of both locals are unanimously recommending a yes vote on the new contract offer.

This comes after a mediation session on January 18, where Hennepin County made a worse offer than members previously rejected in December. After that mediation session, Locals 34 and 2822 held informational pickets at 20 worksites and issued strike notices to the county. In the days that followed, the locals organized those picket leaders into strike captains, building strike capacity openly and at a fevered pace.

This strike would have forced the county to deploy scabs and workers in non-striking units to the most critical departments, resulting in the closure of many public buildings to maintain a patchwork of operations. To demoralize workers, Hennepin County Administrator David Hough sent emails to all staff containing anti-union agitation and outright lies. Among these lies was the intimation that striking workers would lose their health insurance immediately.

“You don’t make that many threats to your workers unless you’re scared of them,” says AFSCME Local 2822 Chief Steward Shane Clune. “Our members were outraged and ready to walk. We were openly and proudly talking about striking. Hough thought he could deceive and threaten our workers into giving up their sacred right to strike. And because our members stood up and fought, he saw that he had to finally offer us something.”

After the locals’ strike preparation, efforts came a new offer, where Hennepin County agreed to forgive “negative leave balances” taken by workers during the pandemic. This negative leave balance program, implemented by the county in early 2020, meant workers suffering from COVID-19 had to go into sick leave debt to the county if they had exhausted their paid leave due to COVID-19.

While the agreement didn’t meet all the union’s demands, the employer came to the table with a significantly better offer, which the negotiating committees decided to accept.

Ali Fuhrman, president AFSCME Local 2822 said, “Despite absolutely refusing to offer us anything in mediation last week, the employer came back this week with a better deal that, if approved by membership, will eliminate the morally reprehensible ‘paid leave debt’ that workers were forced to use to weather the pandemic. Workers sick with COVID, parents caring for children during school closures and workers temporarily furloughed took this debt on to survive. We want to be clear: this was put on the table for us because 34 and 2822 rejected the contract and threatened a strike.”

The deal also includes a 2.5% cost of living increase each year for three years, an additional 3% performance raise for workers who aren’t at the top of their job class’s pay range, increases to top pay for most workers, a $500 pandemic bonus, increased flexibility for funeral leave, increased paid parental leave from three to six weeks, and increased bus subsidies for workers.