More than 5,000 wild species are at some risk of extinction in Canada 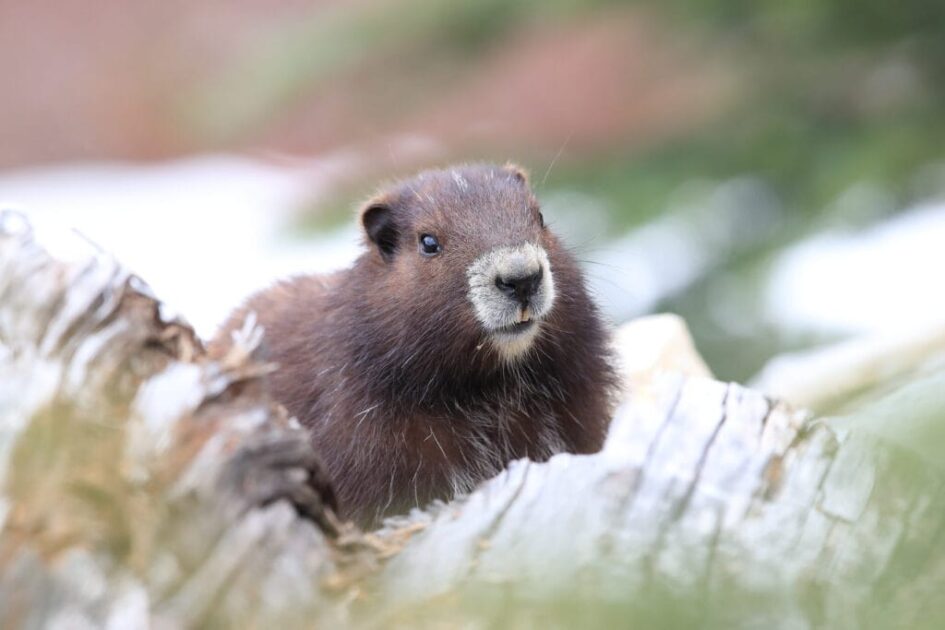 More than 5,000 wild species are at some risk of extinction in Canada, according to the most comprehensive survey of the country’s biodiversity ever undertaken.

“The loss of species globally is not something that’s simply occurring in the far-flung reaches of the Earth,” James Snider, vice–president of science, knowledge and innovation for World Wildlife Fund-Canada, told The Narwhal. “It’s happening here, at home in Canada.”

More than 100 of Canada’s species at risk of extinction — including the Vancouver Island marmot and the Ogilvie Mountains collared lemming in the Yukon — occur nowhere else in the world, according to the 180-page report. The report, published by the Canadian Endangered Species Conservation Council,​​ is the result of a collaboration between hundreds of Canadian scientists over five years in partnership with federal, provincial and territorial governments.

At a Nov. 29 news conference, Terry Duguid, Parliamentary Secretary to the Minister of Environment and Climate Change, said the first step in preventing species loss is to identify which species exist, where they abound and their status.

“Extinction is a very chilling word,” Duguid, who has a background in biology, said. “Once something is gone, it is gone forever. So the clock is ticking. And we will need to once again redouble our efforts.”

The federal Liberal government has made historic investments in nature. In 2018, the government dedicated $1.3 billion to creating new protected areas and species at-risk conservation. In 2021, the government committed an additional $2.3 billion over five years.

“We need to do for nature what we’ve done for climate,” Duguid said. “We have an emissions reduction plan that is detailed, granular,  sector by sector … And that’s what the biodiversity framework that we’re developing at COP15 is all about. Not only inspiring other nations to do that, but also crisping up our plans.”

The report comes as delegates from around the world prepare to meet in Montreal for COP15, the United Nations biodiversity conference that aims to forge a new global framework to halt extinctions and reverse biodiversity loss. More than one million plant and animal species around the world face extinction due to human activity, according to a 2019 United Nations report, which said there is still time to turn things around if countries act quickly.

“A big part of this for me is really just the urgency of the moment and a reminder once more, that the loss of species in Canada has been well-documented,” Snider said.

“We need to be moving from science and our understanding of these losses really into action. It cannot be more of the same. We need to see transformational action.”

Gauri Sreenivasan, policy and campaigns director for Nature Canada, called the report “tough reading, even for people working at the frontlines of conservation.”

“It’s species protection week,” Sreenivasan noted at the news conference, “and the report lays bare some brutal truths. In Canada we are losing nature faster than we can recover it.”

Of those, 135 species are likely extirpated (locally extinct), including seven thought to have occurred only in Canada and now presumed to be extinct globally. Plants and beetles are disproportionately represented in the extirpations and presumed extinctions, which include butterflies, fish, birds, and two mammals — the least shrew and the black-footed ferret.

The state of 21,997 species remains unknown, mostly due to a lack of information, highlighting “the need for increased effort to understand their conservation status,” the report says.

The report also identifies significant knowledge gaps that have yet to be filled, including documenting where thousands of species are found in Canada. “If not documented, species might disappear without us noticing,” the report says.

​​”Habitat loss itself is the biggest driver of the decline of species globally and here at home,” Sandra Schwartz, the Canadian Parks and Wilderness Society’s national executive director, said in an interview.

“It’s clear we need to both protect and restore that habitat so species themselves have the space that they need to survive and recover,” she said

“Many of the natural spaces and species we love are under threat from human activity and climate change,” he said in a statement. “This rapid decline of biodiversity has critical implications for humanity, from the collapse of food, economic and health systems, to the disruption of entire supply chains.”

In an interview, Michael Brewster, the minister’s director of policy for nature and biodiversity, said the new report paints a “stark image” of the state of biodiversity in Canada.

“We are pretty worried and we need to do much more to address this crisis,” he said.

Canada has already made international commitments to protect 30 per cent of land and waters by 2030, a target that’s also likely to be included in the new global biodiversity framework.

“That’s the minimum threshold to ensure that nature is healthy, maintained and is able to sustain ecosystems with a wide variety of biodiversity,” Brewster said.

But it’s not only the quantity of conserved areas that matters — quality is crucial, he said. “We want to ensure that there is connectivity, that those are the highest value ecosystems in the country that are preserved.”

Earlier this year, the Canadian Parks and Wilderness Society released a report highlighting conservation opportunities, many Indigenous-led, that would bring Canada very close to its goal if implemented.

“This goal of 30 per cent of land and ocean protection is ambitious but it’s also achievable,” Schwartz said.

Snider said the global biodiversity conference presents an opportunity for Canada to step up and demonstrate global leadership not only in terms of ambition but also in its ability to implement important policies and programs to protect and recover at-risk species.

Canada’s Species at Risk Act automatically applies only to federal land — about five per cent of the country —  leaving most species without meaningful protections. In 1996, the provinces and territories — except for Quebec and Nunavut, which was not yet a territory — signed the National Accord for the Protection of Species at Risk, agreeing to protect species through legislation. But four provinces and a territory — British Columbia, Alberta, Saskatchewan, Prince Edward Island and the Yukon — failed to follow through. Ontario subsequently weakened its Endangered Species Act, widely viewed as the gold standard in species at risk legislation.

While the federal government can enact emergency measures under the Species at Risk Act to protect imperilled species when the provinces and territories fail to do so, it rarely does.

In B.C., it’s never happened despite ongoing logging in the critical habitat of endangered species such as the southern mountain caribou and spotted owl.

Brewster said the federal government prefers a “collaborative approach,” but that could change if provincial and territorial governments don’t step up.

“My minister is definitely ready and thinks that we need to step in potentially sooner than we have done in the past, but still recognizes that the best approach is a collaborative approach with the provinces,” Brewster said.

“The minister didn’t hesitate to act on the western chorus frog in Longueuil,” he said, referring to emergency orders issued under the federal Species at Risk Act to protect some of the frog’s critical habitat in Quebec from urban development.

The wild species report is produced every five years as a requirement under Canada’s Species at Risk Act. The last report, in 2015, also found that one in five wild species is at risk of extinction but it surveyed far fewer species — close to 30,000 compared to a record 50,534 species surveyed in the 2020 report.

Ontario, British Columbia and Quebec had the highest number of surveyed species, while Prince Edward Island, Nova Scotia and New Brunswick were the most species-rich regions according to their area.

The report says there are potentially many more unknown species in Canada — species that could be new to science or not yet documented in the country. “As more of these unrecorded species are found, the estimated number of species is likely to continue to increase,” the report says.