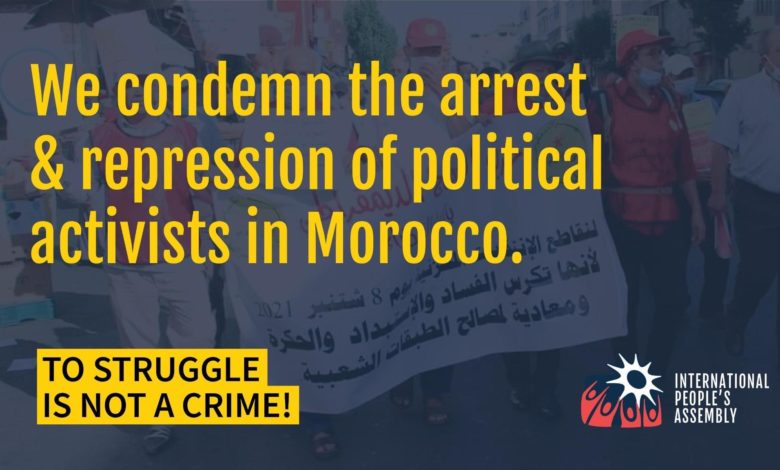 The following statement was issued by the International People’s Assembly. The PSL extends our fullest solidarity to the targeted leaders of Democratic Way and condemns this blatant act of repression.

Eight leaders from the organization Democratic Way (DW) have been arrested during protests demanding the democratization of Morocco. The organization’s secretary Mustafa Brahma has been violently aggressed while the feminist leader and member of DW National Secretariat Zahra Azlaf and other DW members were arrested for several hours before they got released.

DW has called for a boycott campaign of the upcoming elections on September 8 and organized mobilizations in several cities across the country. Democratic Way, a left political organization, has stated that the elections are scheduled under control of the interior ministry while all legislative, judiciary and executive powers are in the hand of the King.

Therefore DW considers that the current elections are not democratic and do not allow for the true participation of the people in political power. Their peaceful protests have been met with violent repression from security forces which activists say is an effort to intimidate them and stop their boycott campaign.

The International Peoples’ Assembly condemns the arrest of political activists in Morocco and calls for global support with the democratic struggles of the Moroccan people.

To Struggle is Not a Crime!