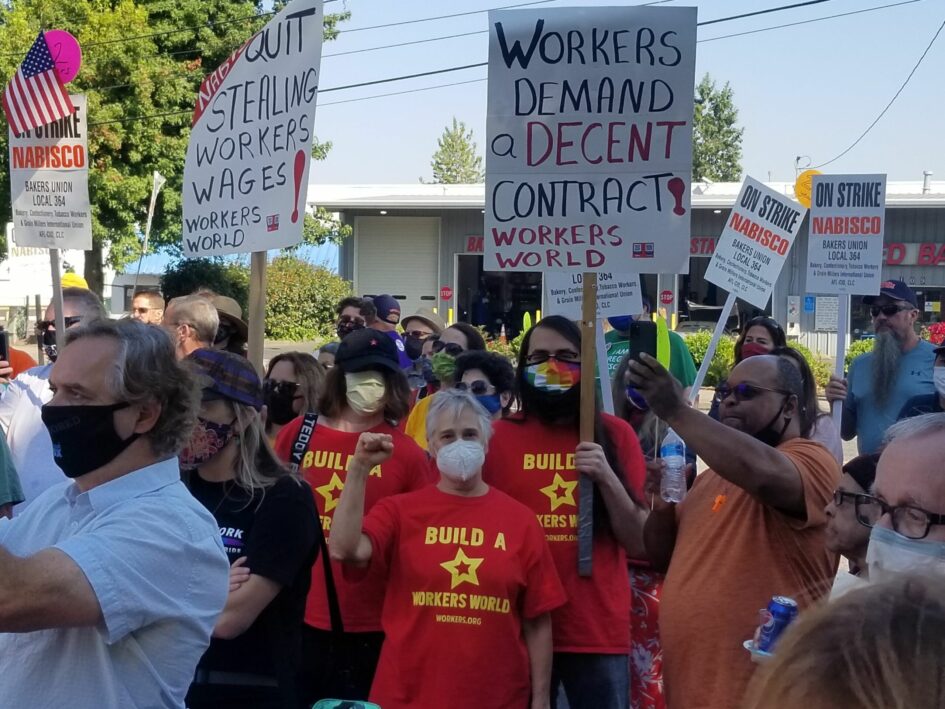 Aug. 28 — Nearly 200 supporters attended a rally in support of Portland Nabisco workers, who went out on strike Aug. 10. As of Aug. 25, approximately 1,000  members of the Bakery, Confectionery, Tobacco Workers and Grain Millers Union have been on strike across all six Nabisco bakeries and distribution centers in the U.S.

The Portland strikers, some of whom have worked at the company for up to 50 years, spoke at the rally. One said: “The union has done so much. We are so thankful to the retirees and people from other unions supporting us here today.”

A group of about 20 people from the United Food and Commercial Workers were present to show support. They told this reporter that, like the Nabisco workers, they had worked through the COVID-19 pandemic and are now having their benefits taken away by their employers.