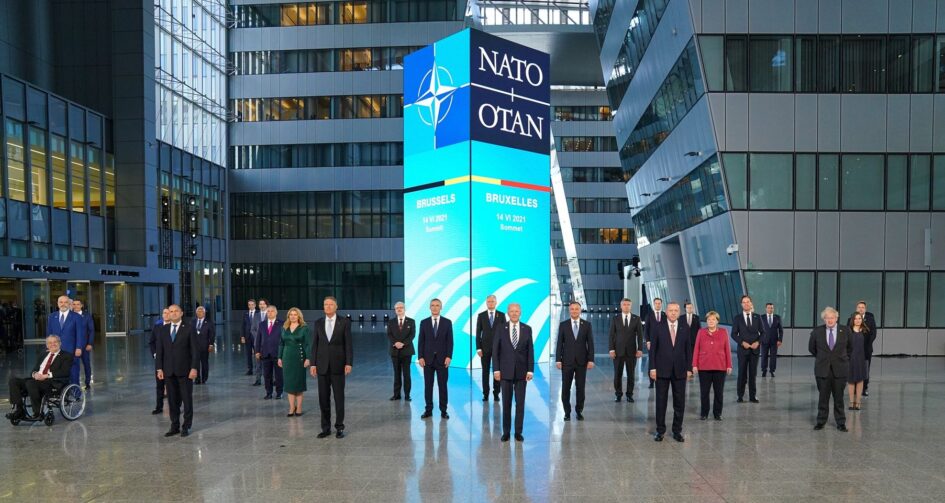 Diplomatic relations between Russia and the United States continue to slip and are edging towards a crisis. On Wednesday Russia ordered some U.S. embassy staff in Moscow to leave the country by January 31st in retaliation for the expulsion of Russian diplomats from Washington last weekend. Both embassies had already been operating at limited capacity.

The mutual expulsions come on the heels of a meeting taking place in Latvia of the foreign ministers of countries that are part of the NATO military alliance. A topic for discussion at the meeting is the buildup of Russian military forces on the border with Ukraine. The increased Russian troop presence follows increased naval and aerial drills by NATO forces in the Black Sea. NATO’s unplanned drills were so extensive and serious that Russia called off scheduled military drills on November 12 so as to not escalate the situation. Putin called the drills “a serious challenge for us.” Nuclear capable B-52 strategic bombers were some of the planes that took part in the NATO drills.

U.S. Secretary of State Antony Blinken was the most recent voice added to the chorus condemning Russia’s troop movements. Blinken threatened to implement a series of unspecified sanctions against Russia should they attack Ukraine. Blinken and the NATO alliance however, have not gone so far as to allow Ukraine to become a member state, which would entail a commitment to go to war if Ukraine is attacked (even if it was the result of a provocation). If NATO does take this highly provocative step, it would be viewed as a severe crisis by Russia.

The real threat to peace comes not from Russia but from NATO itself. From the last days of the Soviet Union, the NATO alliance has been on the march of eastward expansion. Declassified documents show that Western leaders promised Soviet premier Mikhail Gorbachev that NATO would not expand eastward, only to renege on their promise and integrate several former Soviet republics into the hostile alliance. The sore wounds from this broken promise are clear in Putin’s words on Wednesday when he called on NATO to make a deal to stop further eastern movement of NATO, claiming that “it’s more than serious for us.”

A 2014 insurrection, backed to the hilt by the United States, overthrew the corrupt but democratically elected government of Ukraine. Ethnic violence started to engulf the country as neo-nazis oragnized murderous pogroms against communists, ethnic minorities, Russian speakers, and others. Instead of being prosecuted, these fascist militias were integrated into the armed forces of the country and launched against the Russian speaking provinces of Donetsk and Lugansk.

In this climate of fascist violence sweeping Ukraine, the two provinces of Donetsk and Lugansk broke away from Ukraine and prepared a defense. With a significant level of logistical, technical, and organizational help from Russia, the separatists defeated the Ukrainian military and the fascist national guard at the battles of Ilovaisk and the Donetsk Airport. These military defeats forced Ukraine to the negotiating table and led to the signing of the Minsk Agreement.

The Minsk Agreement lays out a framework for the federalization of Ukraine, prisoner exchanges, removal of heavy weaponry from the conflict zone, amnesty for separatist groups, disarmament of illegal groups, and withdrawal of foreign forces, which include both Russian pro-separatist forces and fascist international volunteers from other European countries fighting on Kiev’s side. All sides putatively adhere to Minsk agreements but the United States and Europeans seem intent on allowing the Ukrainian government to sabotage the agreement, catering to Ukraine’s domestic fascist forces who do not support the concessions given to the Russian speaking eastern provinces.

Time is on Russia’s side. There is no urgency for Russia to militarily resolve the Ukraine crisis now. Russia’s hand will only be forced if there is a major provocation in Ukraine or neighboring Belarus. The cause of peace and nuclear disarmament can only be accomplished if the people of NATO countries demand that their governments stop provocative actions that drive the alliance towards a war.