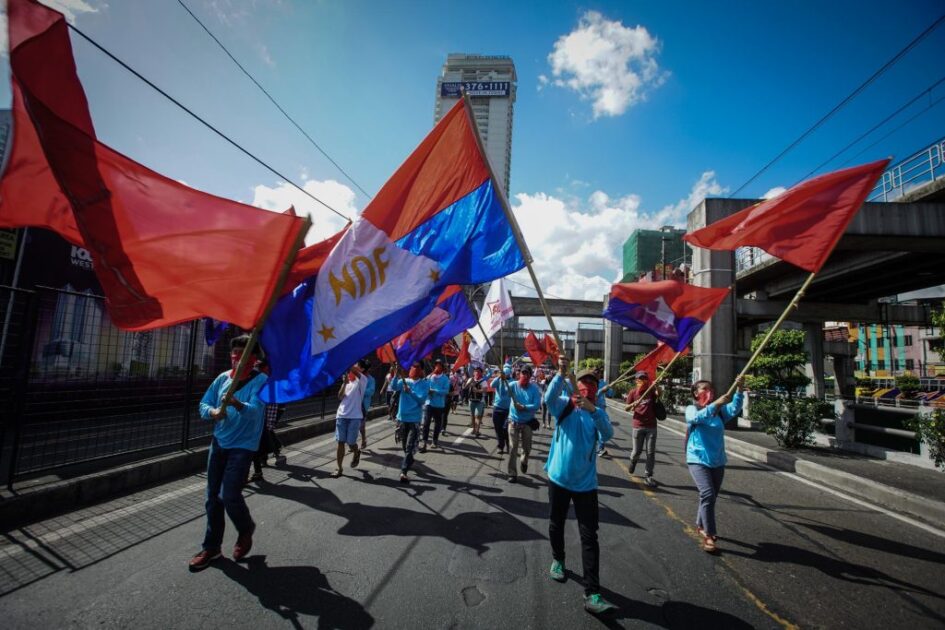 Desperate enemy blows and indiscriminate bullets snuffed the life of Sandra Reyes, or Kaye to comrades, the 53-year old soft spoken and courageous revolutionary on December 24, 2021 in Mabini, Davao de Oro province. Comrades, the masses and allies salute her exemplary life in the revolutionary movement, even as they grieve her violent demise.

Kaye was a tiny package, looked like a wisp of a girl but possessed the gravitas and fierce bravery to serve the masses amid the onslaught of enemy attacks. She was the consummate organizer and leader, who started among the youth and students during her college days at the Ateneo de Davao University where she studied Mass Communication some 30 years ago. She performed during mobilizations under the cultural group Kulturang Atin Foundation, Inc. (KAFI).

She left the relative comforts of her petty bourgeois upbringing, and went full time in the underground movement in Davao City. From the sidelines, she led workers’ welga and transport strikes, mass mobilizations, human rights struggle and various campaigns for Lumad and peasants during the Ramos, Estrada, Arroyo, Aquino III and Duterte regimes. Amid her rigorous work, she married and bore two children. Kaye lived simply—with no frills and display of whimsical vanity—and struggle hard, imposing firm and passionate leadership. Her warm disposition easily earned for her the trust and admiration from comrades, both young and old.

She was an ardent student of history, especially in the continuing history of the people’s struggle, often grasping the lessons of the past in objectifying present conditions.

She was the ultimate unifier during heated discussions, and quick to espouse revolutionary optimism. She valued collective wisdom and that no problem is ever too great which cannot be resolved through sharp analysis of contradictions and decisive action.

She was a staunch believer that the masses are the makers of history. In the various struggles and campaigns of workers for their economic and political rights, Kaye held firm the decisive role of the proletariat and evaded the pitfalls of unprincipled collaborationism and opportunism.

The tyrannical Duterte regime has made a mockery of its own Justice system by foisting outrageous criminal charges of murder and other offenses against individuals and non-combatants like Kaye, spinning lies to misrepresent them as legitimate targets in the brutal counterrevolutionary war. The regime has made a parody of its so-called national security, sneering over due process and human rights by using templates and false narratives to vilify civilians in order to justify the gargantuan budget for counterinsurgency and fascist military operations in the countryside.

The AFP’s top brass is desperate to instill fear and demobilize legal democratic organizations, critics and activists by propping up Kaye as its trophy catch. Yet the Duterte regime cannot conceal the abject exploitation of workers, peasants and the suffering of the general population under its six-year reign. Nor can it diminish the rising need for revolutionary struggle and people’s collective undertaking against despotism and oppression.

Kaye and the countless martyrs in the people’s struggle for justice and freedom make a compelling statement in the face of unbridled authoritarianism and fascism—their deaths are a testament to the ever growing resistance against the Duterte regime. In brutally killing Kaye, the enemy meanwhile can claim nothing but the scorn of the hundred million oppressed.